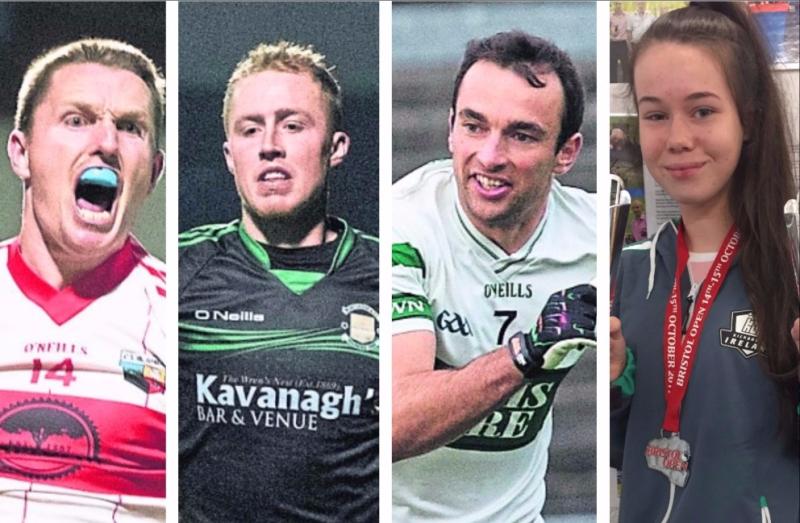 Voting lines are now open for our October Sports Star of the Month, with four Laois sportsmen and women in the running for this month's honour.

Scroll down to find out more about each nominee, and don't forget to cast your vote, and then tell your friends to do the same! Voting lines close at 1.30pm on Friday.

The nominees are as follows;

Murphy has been in outstanding form for Portlaoise over the last couple of seasons, and he has carried that into the 2017/18 campaign as they make the step up to LSL Division 1A. Murphy scored seven goals in five games during the month of October, as Portlaoise went on a run of draws before an emphatic win over Broadford Rovers, a game in which he scored twice.

A fairly memorable month for Gareth Dillon, as he starred in Portlaoise's county final victory over Ballylinan, was named the Laois Senior Footballer of the Year the week after, and then put in another excellent display against Rhode, where he kicked 0-3 from play, including the late point to seal their victory.

A second nomination this year for the talented young kickboxer, Chloe starred earlier in October at the Rumble in Citywest, a multi-discipline open event which attracts martial artists from all over Ireland. Undaunted, and fresh from representing Ireland over in Macedonia, Chloe proceeded to win two gold medals, in the light and semi-contact 55kg division.

Our first player-manager to be nominated, Lawlor was another to have a memorable month in October. He guided Emo safely through an IFC final replay, scoring 2-4 in the process, with his two goals just after half time turning the game on its head. He duly followed that up with another 1-2 against Hollywood from Wicklow in the Leinster club IFC, and last weekend, kicked the last-gasp equaliser against Ballyboughal to earn his team a replay.