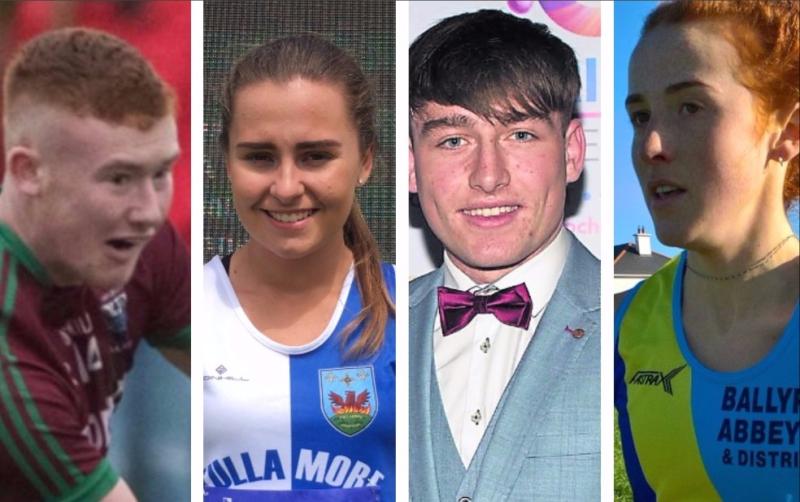 Our Sports Star of the Month for November, in association with Downey's Auto Stop, is here, and we have four more top class nominees in the running.

To find out more about them, and what they did to be nominated, then read below.

The Ballyroan Abbeyleix and District athlete was in top class form during the month of November, as she headed to Adamstown in Wexford and came home with a gold medal from the Leinster U-19 Cross Country race.

The Portarlington sharpshooter lit up the senior championship this year, and he did likewise at U-21 level. He played three games in the U-21 FC in November, scoring 1-5, 1-6 and 1-7, with his highest total coming in the final as Port beat Graiguecullen.

Just like Sorcha Moloney, Ava O'Connor was in top form down in Adamstown in Wexford, where she was stepping onto the podium to collect a gold medal in the U-15 girls race at the Leinster Cross Country Championships.