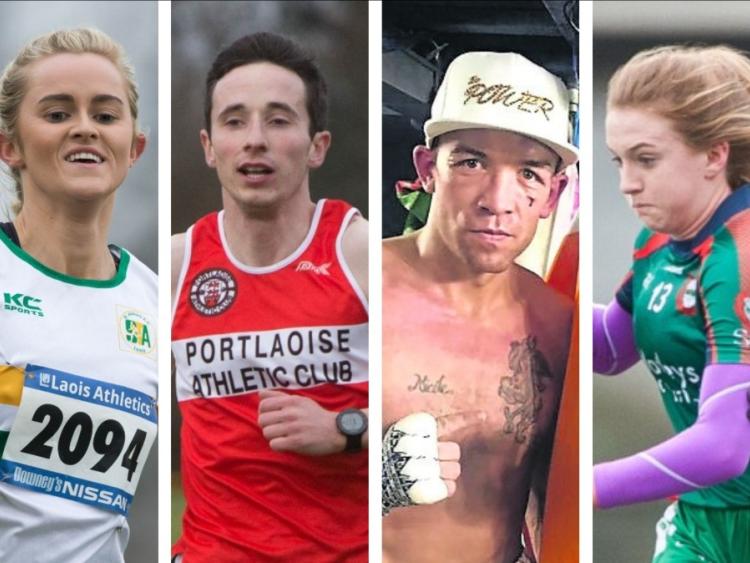 Our Sports Star of the Month poll for December is here, and we have four cracking sports stars in the running.

To find out more about each nominee and why they are nominated, then read the bio below and then cast your vote. Voting closes at 1.30pm on Friday afternoon.

The Portlaoise boxer had a landmark victory in his career back in December, as he defeated Thai boxer Mike Tawatchai in a world-title eliminator in Bangkok. Taking the victory in a unanimous decision, Doheny has now guaranteed himself a shot at the World Title in 2018 against Japanese boxer Ryosuke Iwasa.

The Portlaoise AC athlete created his own piece of history in December, as he won his first ever Laois Senior Cross Country title in Stradbally Hall. Lutpon held off the challenge of 2016 winner Colin Maher to get his hands on the gold medal, also leading Portlaoise AC to the mens team title.

Like Harry Lupton, Cheryl claimed her first ever Laois Senior Cross Country title in December. Nolan, who was previously was on scholarship to the University of Arkansas in America, relegated multiple winner Mary Mulhare to second place to claim the coveted gold medal.

Scoil Chríost Rí student Emma Lawlor has been spearheading the school's assault on Leinster and All-Ireland football trophies for some time now, and she was at her brilliant best in December. Taking on Loreto Wexford, Emma scored 2-7 to help Chríost Rí to yet another provincial title.