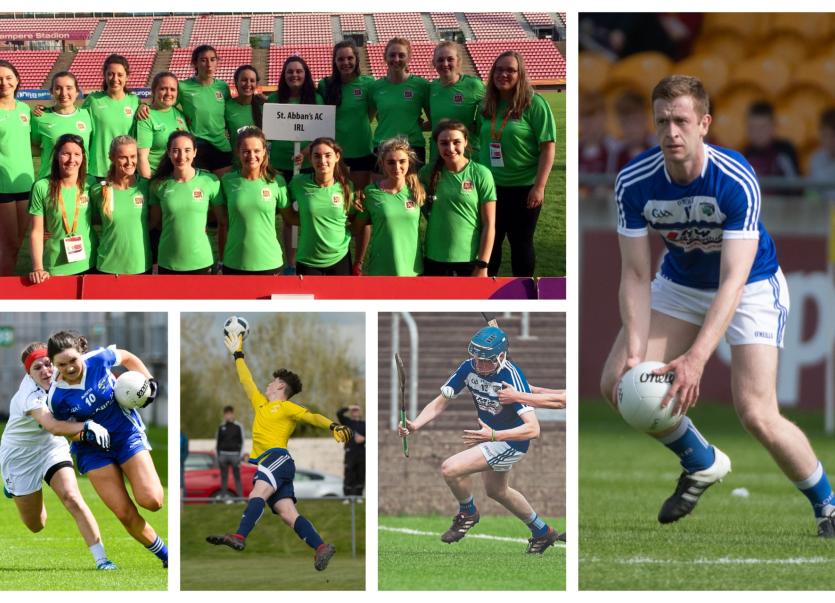 Our poll to crown the Downey's Auto Stop/Leinster Express Sports Star of the Month is here, and we have five brilliant nominees.

Our poll will run until 1.30pm on Tuesday afternoon, so read about all five of our nominees below, and get voting!

Having created history last year by winning the All-Ireland team title, the St Abban's ladies headed to Tampere, Finland in May for the European Team Championships. A brilliant effort from the Laois team saw them pipped for a bronze medal, as they came fourth in what was a brilliant achievement for the small rural club.

Having struggled with injury in the run up to the Leinster SFC, Paul Kingston's performances in the competition in May showed he was suffering no hangover from those problems. He came in as sub against Wexford and kicked 0-3 from play to help launch a stunning comeback victory, and then followed it up with a brilliant hat-trick against Westmeath in the quarter-final.

The Clough-Ballacolla youngster gets the nod from a very impressive Laois minor hurling team, which sadly didn't win a game in May but nonetheless turned in some very impressive displays. Hennessy really caught the eye with some fantastic scores and his work rate in chasing down opposition defenders to win back possession. One for the future.

Portlaoise AFC saw their season ultimately end in disappointment in May, as they missed out on promotion and were beaten in a cup final. However, they have plenty of reason to be optimistic for the future when you take the performances of Sean McCormack into consideration. The teenager got his chance between the posts late in the season and turned in some outstanding displays in the team's biggest games of the year.

The Laois Ladies minor football team got their hands on a Leinster title in May, and much of that was down to a brilliant display from Erone Fitzpatrick. She scored 3-3 in the final against Wexford, including a late goal to seal a dramatic win, as she claimed 'Player of the Game' honours in the process.