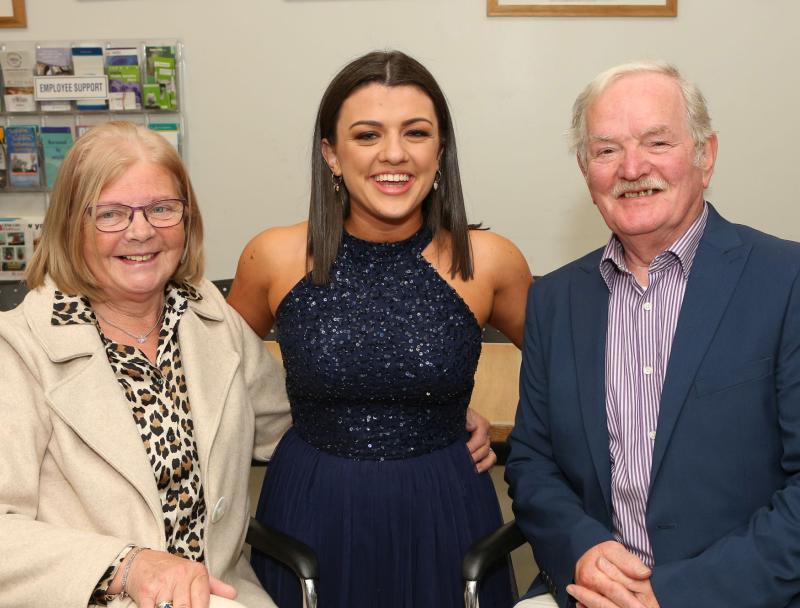 A civic reception for Nicole Turner in recognition of her achievements at the Paralympic Games in Tokyo  in 2021 took place at County Hall last Thursday evening.

He noted the hours and hours of training this entailed, the early mornings and the six days a week regimen in the National Aquatic Centre.

“You're a shining example to all of us. Congratulations on your achievement,” he stated.

Leas Cathaoirleach, John Joe Fennelly said that during Covid everyone got a lift with news of Nicole winning the Silver. “It was testament to your commitment and that of your family and coaches,” he noted.

Cllr Padraig Fleming, Chairperson of the Portarlington-Graiguecullen Municipal District noted that it was the second civic reception for the Port swimmer, and held out hope for a third such occasion. He acknowledged the support of Nicole’s parents and her grandmother who was present on the night. He stressed the support and back up of Nicole’s family, friends, coaches and and the wider community.

Donal Brennan, Deputy Chief Executive, Laois County council said it was important to take time to acknowledge success and that Nicole was an inspiration to others.

Aidan Colgan also noted the dedication of Nicole’s family and her mother Bernie’s role in driving to Dublin early in the morning, six to seven times a week.

Mr Colgan noted that Nicole had undertaken work experience in Colgans. He noted Nicole’s “work ethic, rapport with staff and attention to detail. Her humility, personality and infectious laugh make it a pleasure to be in her company.”

Dave Malone, Performance Director, Paralympics Ireland said it was an absolute pleasure to work with Nicole. He said that this was six days a week for 48 weeks of the year. “It’s great to see who she has developed as a person,” he said.

Brian Stanley TD said that the example of Nicole showed that the only thing holding us back was really ourselves. Cllr Aidan Mullins added that her success was well deserved.

Nicole Turner thanked the Council, her family, friends, coaches and neighbours and the staff of Paralympics Ireland. She noted that during Covid all pools were closed but she was afforded a chance to swim in the pool of Michael and Penny Moore, for which she thanked them.

She said that the Tokyo games were the best experience of her life and she was very thankful for having been there.

The focus now was on the World Championships in Madeira in June. 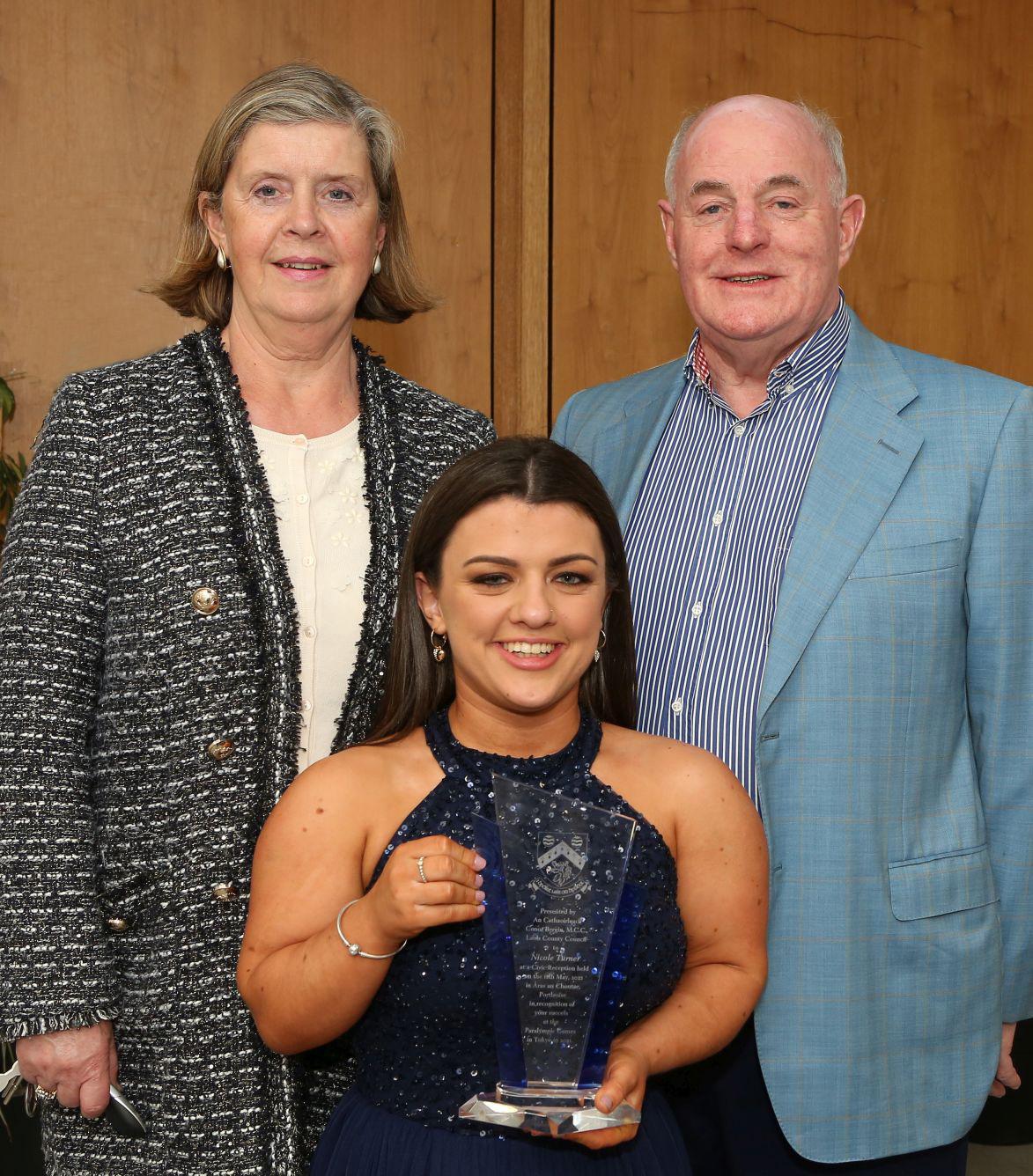