Laois Cork trad group ‘Lonrach’ will be among the cream of young Irish traditional musical and singing talent who will take to the National Concert Hall stage on Sunday, 22 April next for the Siansa Gael Linn 2018 in the All-Ireland Final for young trad groups.

Siansa showcases Irish music and Irish song by young musicians, all through the medium of Irish, and this is the climax of the competition which is organized annually by Gael Linn, with support from Irish Music Magazine and RTÉ Raidió na Gaeltachta.

Year after year, the competition inspires and attracts new groups of the highest caliber, and this year’s final will see close contest between excellent musicians from Enniskillen to Ennis !

This is the second year that ‘Lonrach’ have attained a place in the final, a great achievement for the young Laois musicians !

Conall, Ellen, Maeve, Peadar and Daithí are all members of Camross Comhaltas while Fiadh plays with Portarlington Comhaltas.

Leah and Aoife hail from Rathcoole in Co Cork. They are members of the Craobh Chrónain Comhaltas branch.

The group will compete alongside seven other groups from counties Clare, Fermanagh, Galway,  Limerick, Offaly, Wicklow and Wexford.

On the night, each group will play their own ten to twelve minute selection of traditional music, arranged  a new and innovative way,  and must include an Irish song in their repertoire.

Out of an initial entry of over 60 groups for the competition, the eight finalists have qualified through two preliminary rounds of the competition since December last.

With a generous prizefund of €4,500,  there is no doubt but that there will be a high standard of music and fierce competition at the event.  €2,500 and the specially-designed Siansa Gael Linn trophy  will be awarded to the overall winners, those in second place will be awarded €1,250 while the group in third place will receive €750!   Each participant will also be presented with a small memento of the occasion.

The concert will be broadcast live from the National Concert Hall on RTÉ Raidió na Gaeltachta on Sunday, April 22 at 7.30pm. and will be compered by the station’s popular presenter, Áine Hensey.

‘Lonrach’ are hoping for plenty of support from Laois on the night !  Tickets for the event are on sale in the National Concert Hall - 01:4170000 /www.nch.ie. 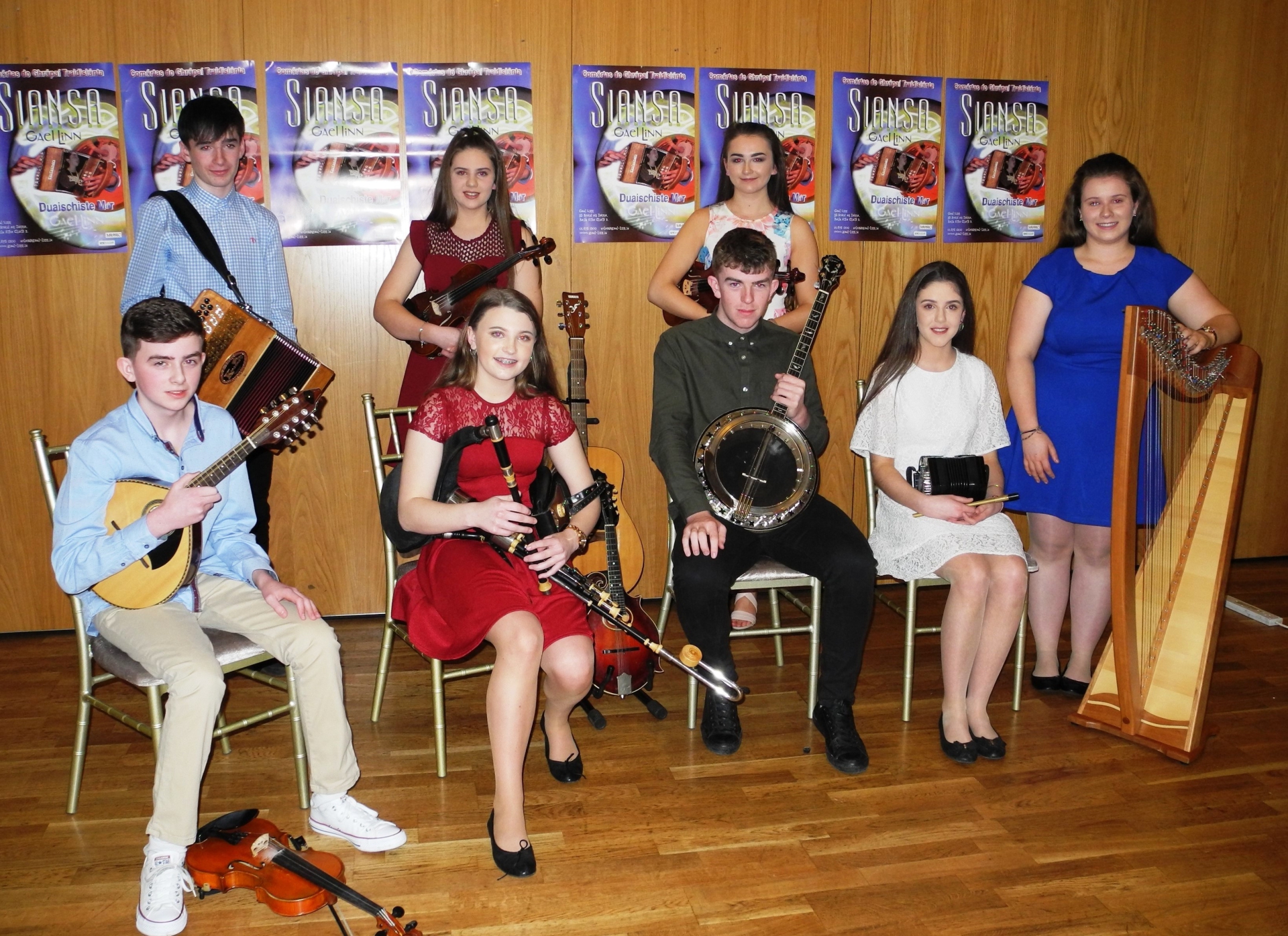