Some doubt hangs over a claim by Irish water that Peppers Lane Portlaoise is 'unmetered' after it emerged that there are several instruments for measuring water use installed on one of the town's oldest steets.

After being contacted last week about a contamination of the water supply on the lane off Main St, Irish Water said it had investigated further.

"At the time that properties such as those at Pepper Lane and Main Street were  built, they often were built to have shared or connected water supplies. Properties that have a shared water supply are unmetered as only properties with a single supply have a meter," said the company in a statement issued to the Leinster Express on Friday evening.

Karl Meehan and his partner Katie live with their family in an above shop property. In recent weeks their supply became contaminated with thousands of tiny beads that are used in filter systems.

After learning that Irish Water claimed that there were no meters, Mr Meehan invited the Leinster Express to count the meters. Mr Meehan uncovered what he believed was his meter and also pointed out several others on the lane. The Leinster Express accompanied Mr Meehan and took a short video to verify his claims. He awaits answers from Irish Water. 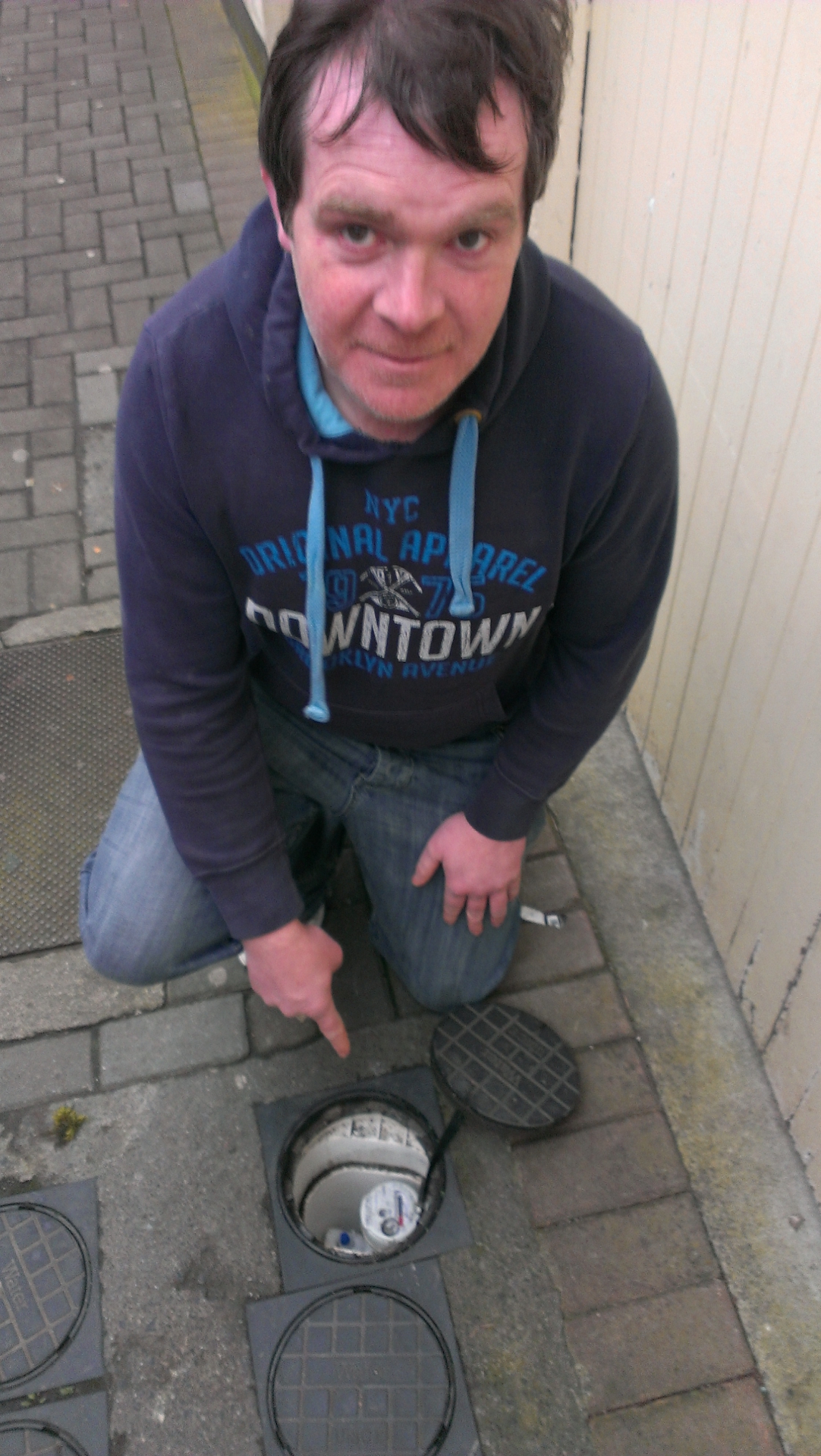