It was a Royal encounter on Kilkenny's Parade for Abbeyleix's Michelle Dunican on Thursday, when the long time Royal fan came face to face with Prince Charles and Camilla as they went on walkabout.

Michelle took the opportunity to show the Prince a picture of the Queen Mother, which she took at Clarence House in London on 4th August 1990. "It was the Queen Mother's birthday and I just snapped away. In the background are the Royal Toasters. Prince Charles was very curious about the photo, where it was taken etc. He also said he missed his grand mama very much."

She also presented Camilla with a bouquet of flowers.

Michelle met the Prince once before in London.

However, her real passion for all things Royal stems from the late Princess Diana, whom she met a total of 37 times. A prolific photographer, Michelle captured every meeting on film, and this August she will host an exhibition of her Diana collection in Abbeyleix. 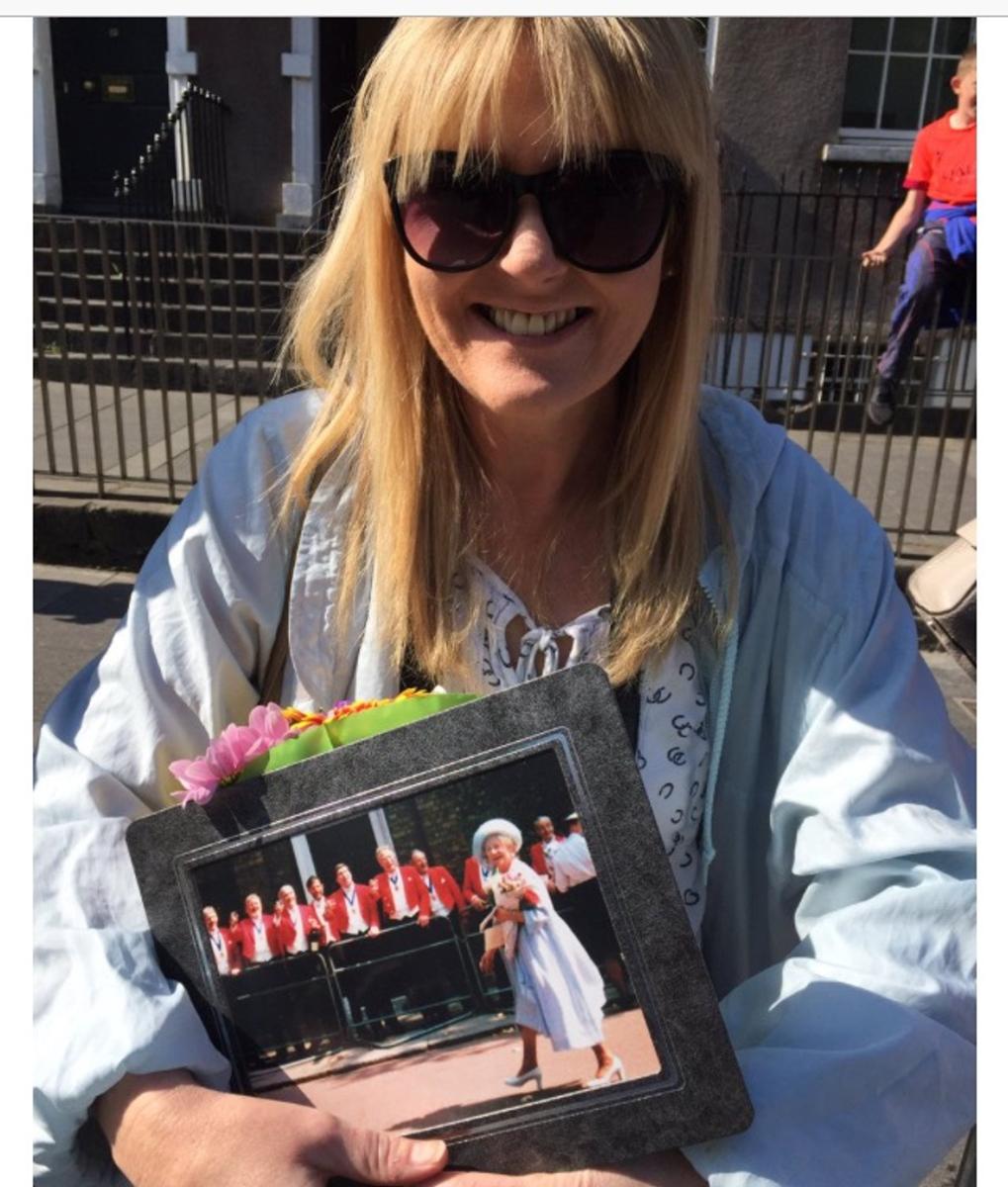