Only weeks on from the hugely successful Durrow Scarecrow Festival, the village has again demonstrated its community spirit, by holding a touching re-enactment from a wartime battle.

The re-enactment took place across the River Erkina in Durrow on Sunday August 20, commemorating a Laois man who won the Victoria Cross for his bravery during the Third Battle of Ypres.

The re-enactment was lead by Lord Edwards own Reenactment group working out of Monasterevin with friends from around Leinster. in period army costume running with their rifles from the safety of bunkers to storm the enemy across the river.

The Belgian battle took place 100 years ago this year, during which Sgt Jack Moyney VC from nearby Rathdowney won a Victoria Cross, the highest award for bravery of the British Army.

The re-enactment was organised by Bob Campion from Bob's Bar, and the Durrow High Nelly cycling group, as part of Heritage Week. With thanks to Laois Heritage Forum for the video.

Events continue across Laois and Ireland all this week, for more stories scroll further down this page, or visit www.heritageweek.ie 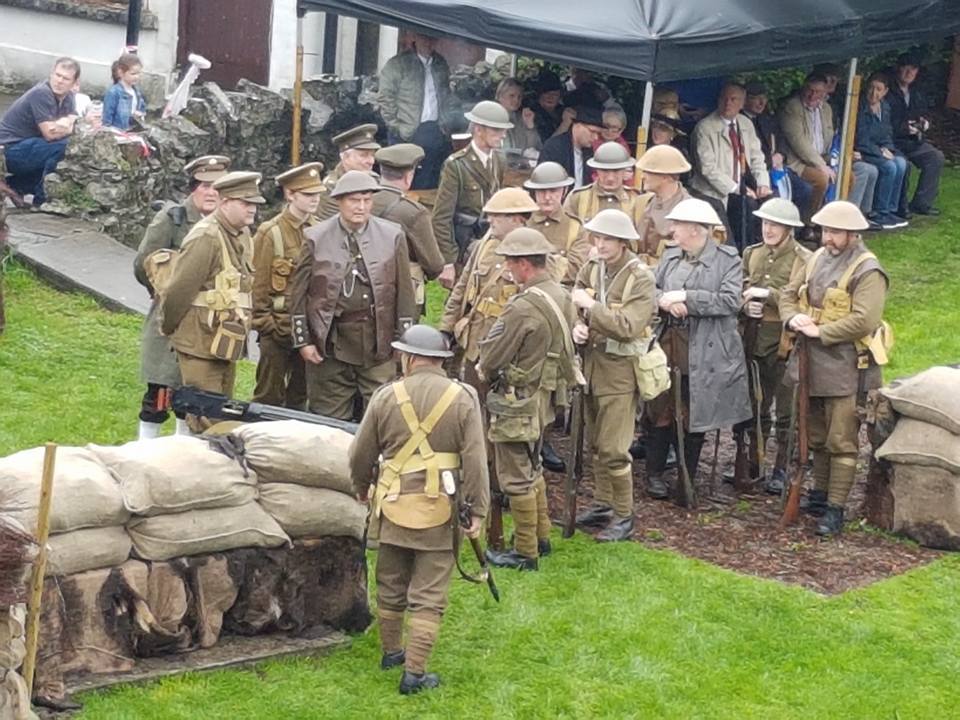