The new multi-denominational secondary school at Railway Street, Portlaoise was officially opened by Cllr Caroline Dwane-Stanley, Chairperson of the Laois/Offaly Education and Training Board on Friday, September 15.

This is just one of the answers given by a first year student in Dunamase College, Portlaoise when they were asked to share their experience of their new school in six words.

The new multi-denominational secondary school at Railway Street, Portlaoise  was officially opened by Cllr Caroline Dwane-Stanley, Chairperson of the Laois/Offaly Education and Training Board on Friday, September 15.

The school will educate second level students from the surrounding area through both Irish and English.

This year there are forty first year students, with half of them choosing to learn through Irish and half learning through English. 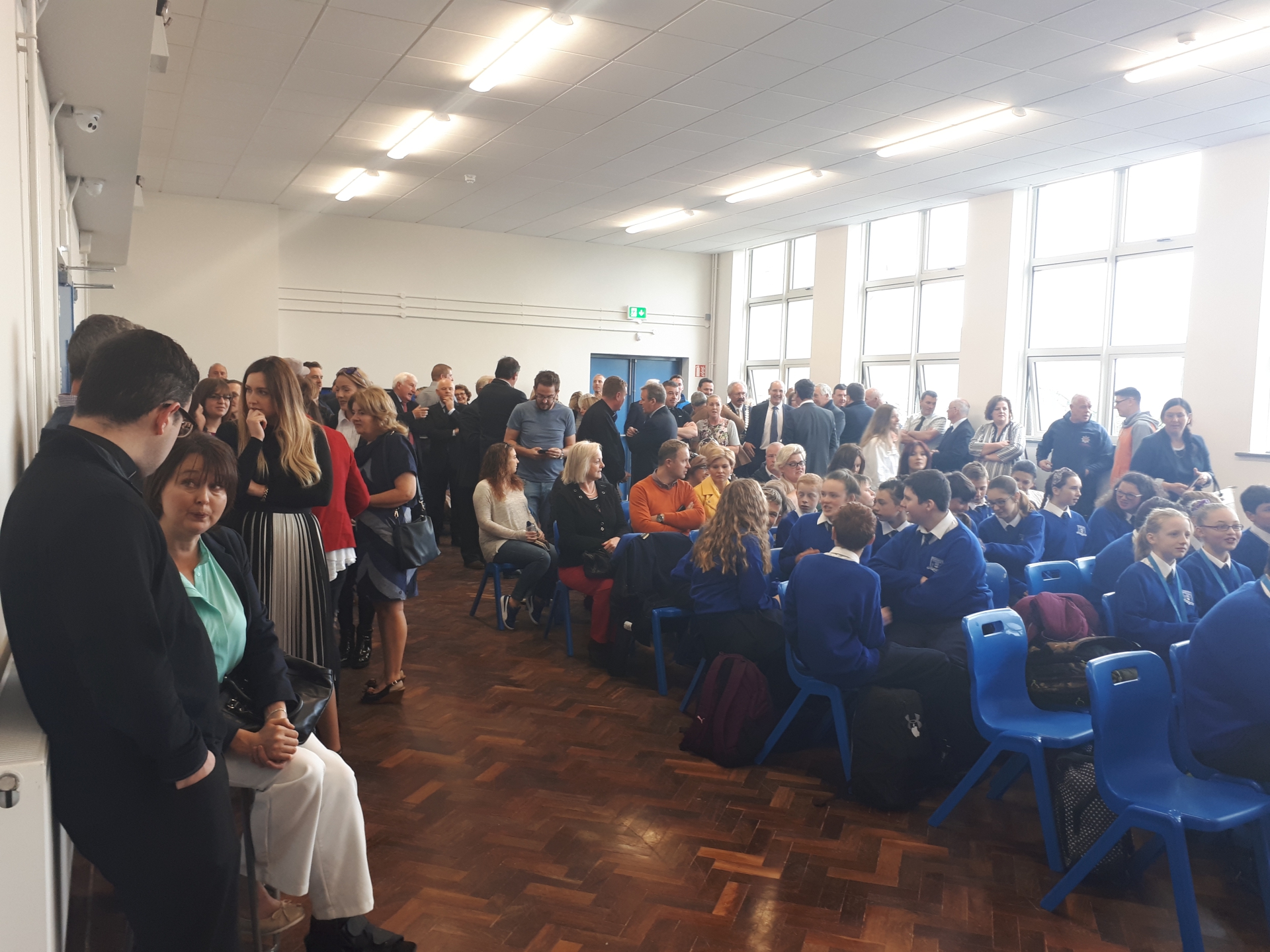 Dunamase College Coláiste Dhún Másc is a new school that was built to cater for the growing population of the area, at the moment the school is partially completed and is expected to be fully renovated after Christmas.

Mr Paul Fields, Director of Schools with LOETB, Caoimhín O hEaghra CEO of an Foras Patrúnachta, Joe Cunningham, CEO of LOETB and Cathaoirleach of Laois County Council Padraig Fleming were among those who welcomed parents and students to the new school as well as Cllr Dwane-Stanley and Principal Aoife Elster.

Caroline Dwane-Stanley said it was an honour to officially open the school.

“It is a great honour for me to open Dunamase College today, it is a great day for County Laois.

“There is a huge demand for secondary schools in County Laois, all of the schools are bursting at the seams so it is great to see the school here.

“I think it is great to see the building back in use, it was previously used by Educate Together and just before that we had what was called the Old Tech which is now Portlaoise College.

“Growing up in the town I can only ever remember this school being used as the Old Tech and it is great to see that they have moved on to a new building and numbers have grown.

“We have a lovely school here part of it is being renovated and it is a temporary building for the new school I think it is important to say that.

"We are trying to identify a permanent site and I think you will be aware that as Chairperson of Laois/Offaly ETB I have wrote to the Minister Richard Bruton asking him to consider the old convent as the permanent site because I think it would be a huge opportunity to have the potential of a thousand students back in around the Main Street, just to see the students here over the last couple of weeks it just brings life back to the town, it is great for business and we can see with all the schools gone out to the Summerhill campus which is great, it is great that they have all of these new school buildings but they are a great loss to us in town and I hope we do secure the old convent as the permanent site for Dunamase," Cllr Dwane-Stanley said. 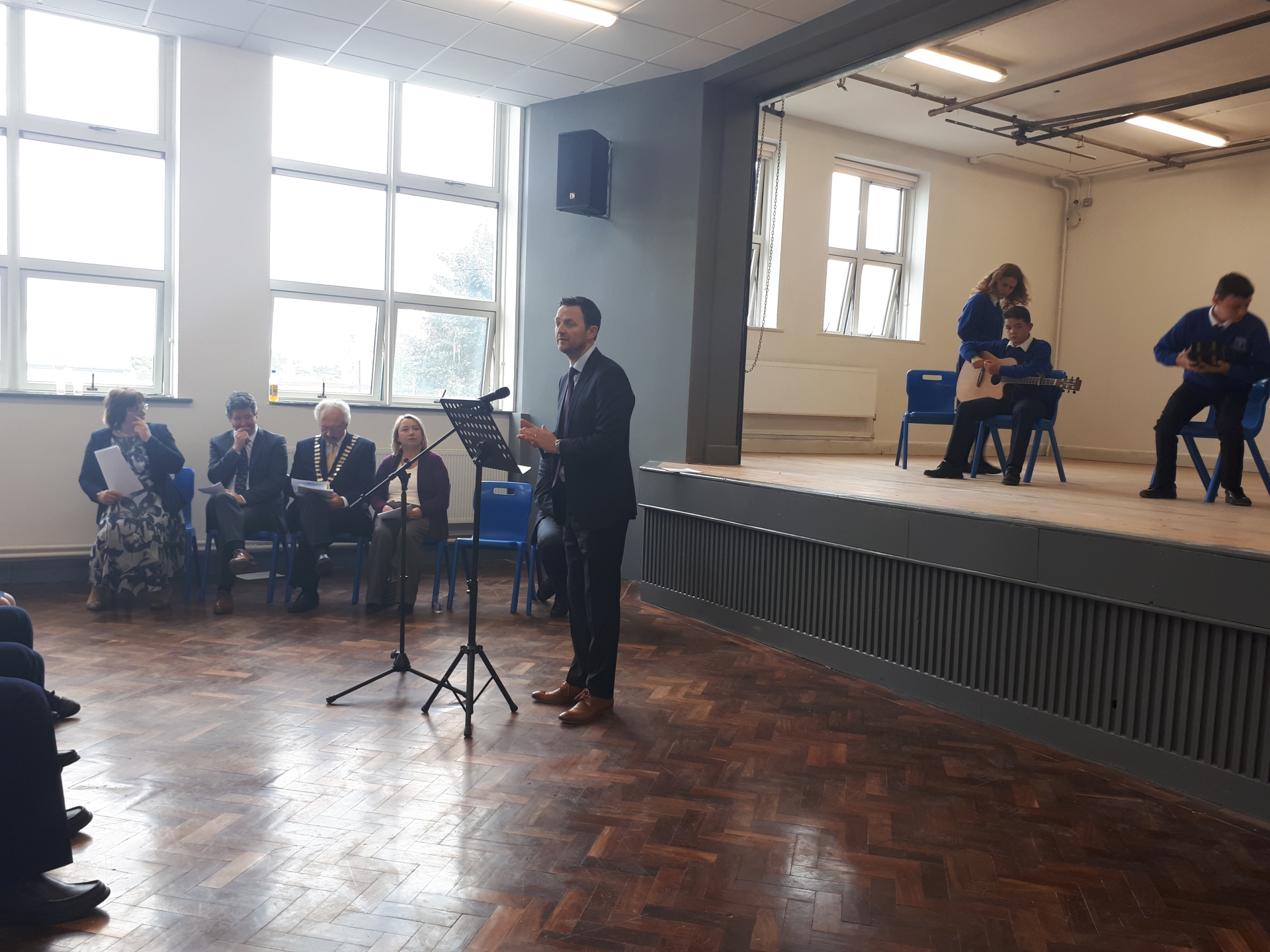 Principal Aoife Elster addressed the first year student in attendance saying that this day was for them and she drew upon a phrase by Isaac Newton to describe the privileged position of the new school.

“We can see further than others because we are standing on the shoulders of giants,” she said.

“You have wonderful opportunities here because the giants who have gone before [are] your parents [who] would have chosen and put a lot of effort into getting you the best education you can get and the people who have organised the school, they are doing a lot of work just to help you.

“All you have to do is come to school everyday, love your learning, learn something new every day and then you can do anything you want. You can go to the moon, you can be president, it is there for you, the school is about you. That is a wonderful privilege for you but it is also a responsibility,” she said.

Joe Cunningham, Chief Executive of the LOETB aid that the plans for Dunamase College were bold from the start.

"There is great character in this building, it is great that we are able to refurbish and renovate this building to modern day post-primary standards," he said. 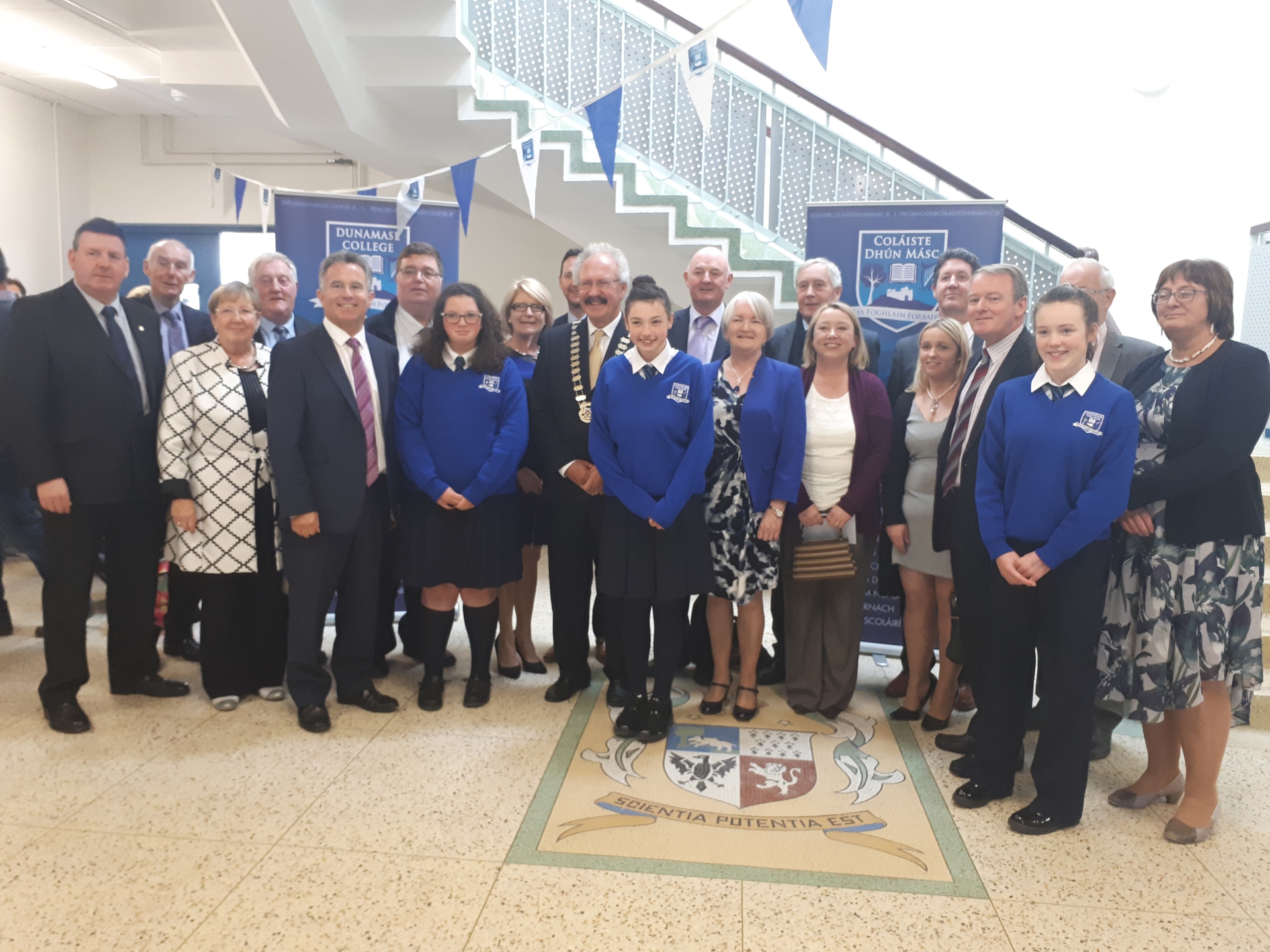