Met Éireann has issued a weather warning for all 26 counties as three fronts of stormy weather barrel toward Ireland driven by the jet stream and the remnants of another hurricane called Zeta.

The Status Yellow wind warning says strong to gale force southerly winds will veer westerly causing some severe gusts on Saturday between 1am and 3pm.

But more warnings are on the cards and a weather advisory is in place until next weekend.

The forecaster described what is behind the wild weather in contained in a commentary by meteorologist Gavin Gallagher, of the Forecast Division in Met Éireann.

"Wet and very windy weather over the Halloween weekend as a series of vigorous Atlantic weather systems pass close to Ireland.

"After a settled day on Friday we will have a very unsettled spell of weather from Friday night through to Monday evening, with 3 separate low pressure systems tracking close to Ireland, bringing wet, windy and possibly stormy weather. Each system is around 24 hours apart, with the first impacting Ireland Friday night into Saturday, the next Saturday night into Sunday, with the third later Sunday into Monday.

"So this is not just one event, but rather a series of low pressure systems affecting us over a three-day period, with cumulative impacts from rainfall, strong winds and high seas," said Mr Gallagher.

The Meteorologist said we will feel the force of another former hurricane over the weekend.

"One of the depressions that will impact us will be the remnants of ex-hurricane Zeta, which is currently (Thursday 3pm) over the eastern United States. 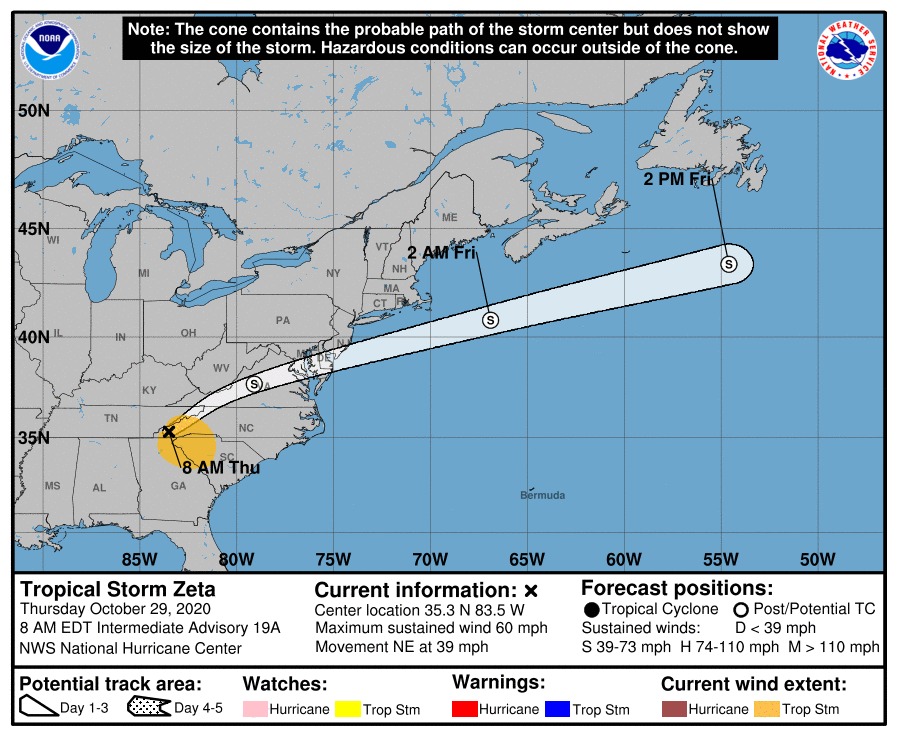 He also warned about the hazards to watch out for.

"Spells of heavy rain will lead to surface and river flooding. All soils are saturated across the country at present, so additional rainfall will quickly run-off into rivers. The heaviest and most persistent of the rain is likely in the south and west of the country.

Very windy/stormy at times with some severe and damaging gusts possible. The strongest of the winds are likely in southern, western and northwestern areas, particularly near coasts.

Some coastal flooding possible also as we have very high seas at the moment, combining with surge, high tides and onshore winds over the weekend. Areas most at risk, again in the south, west and northwest," he said. 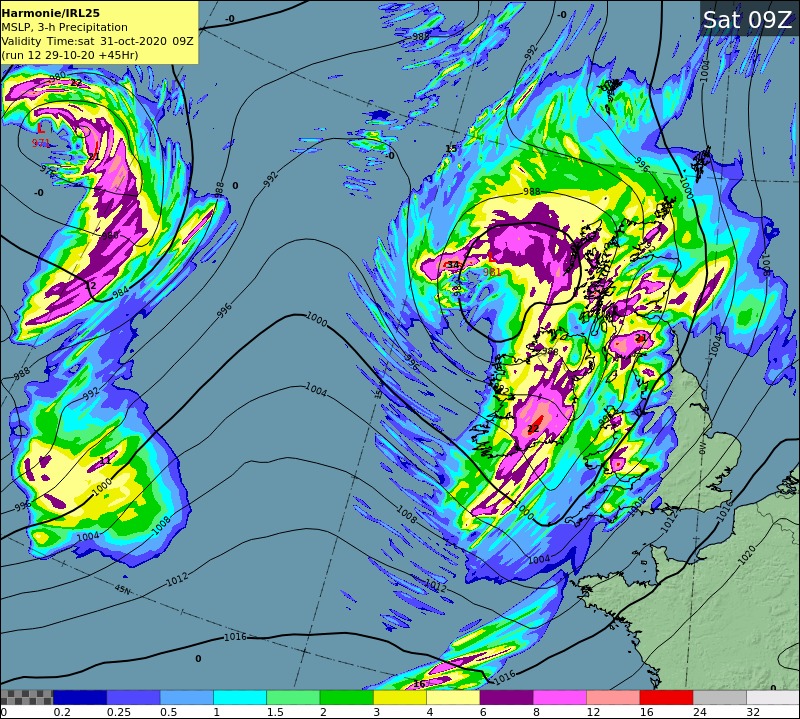 Fortunately, the days will be dryer and it will be mild but a lot of rain will fall

"The heaviest of the rainfall from these depressions will be during night-time hours, Friday night into Saturday, Saturday night into Sunday and Sunday night into Monday, so there will be drier intervals by day. It will be relatively mild also as these systems drag tropical air up over Ireland, with temperatures 2 or 3 degrees above normal for this time of year. Highs of 15 degrees on Saturday, up to 16 degrees on Sunday and Monday," he said.

The forecaster said the weather will settle down from midweek next week, becoming mostly dry and cool, with light winds as high pressure takes charge.

The Irish Weather Buoy Network recorded ‘Phenomenal’ seas off the west coast on 27-28th October. The depression responsible for these waves was Ex-Hurricane #epsilon. Individual waves of 20m, 16.9m and 21.7m have also been recorded at these buoys.https://t.co/XgufJ854W2 pic.twitter.com/3kOpLIdeba