Met Éireann's official forecaster is expecting the next 10 days to be a 'battleground' between mild weather and very cold conditions lodged over northern Europe.

The Met Office in the UK says the jet stream is driving up the mild wet weather from the south of Ireland but a blocking cold weather system is pushing southwards creating a battleground of weather systems over Ireland and Britain.

There remains a lot of uncertainty over what will happen in the days ahead and which weather system will win out. If the northern system wins out, conditions could get a lot colder in Ireland going into February.

The cold weather is being caused by a climactic phenomenon which caused the Beast from the East and Storm Emma in 2018. So far, the jet stream has meant that Ireland has escaped a repeat but it has been colder with more snow in the UK.

Met Éireann is forecasting some seesawing in the weather over the coming days. 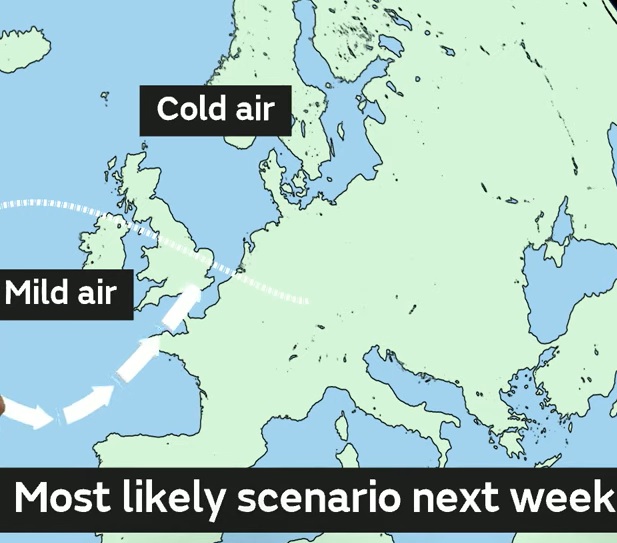