Over 60 Laois children have worked tirelessly on LEGO stop animation projects over the last nine months and they will get a chance to watch their work on a big screen very soon.

Children from all over Laois took part in the project which is a joint venture between Abbeyleix and Durrow Libraries after they won the Public Libraries Project Prize worth €1000. The movies they created from scratch and filmed will be screened at the Dunamasie Arts Centre in Portlaoise on Saturday, October 13.

The project aimed to get pre-teens and teenagers to become creators and not just consumers of media content, to develop their social skills and their social networks and to use their smartphone, tablet and laptop constructively.

They thought up their own stories, created characters, built a set using LEGO and filmed their animations with voice overs and helped to edit their own movies.

Thomas Maher in Abbeyleix Library was one of the organisers.

“This is one of the best things I have done in the library and the kids enjoyed it. It is a big commitment, the parents came and stayed and came back every week and they are all looking forward to seeing their animations in the Dunamaise,” he said.

The project allowed participants to draw on both the technical and creative sides of themselves. The screening at the Dunamaise will be the first time the children get to see the final, finished movies and there is great excitement in the build up to the event.

Awards will also be given out on the night for films like ‘Best Horror’ and other categories. 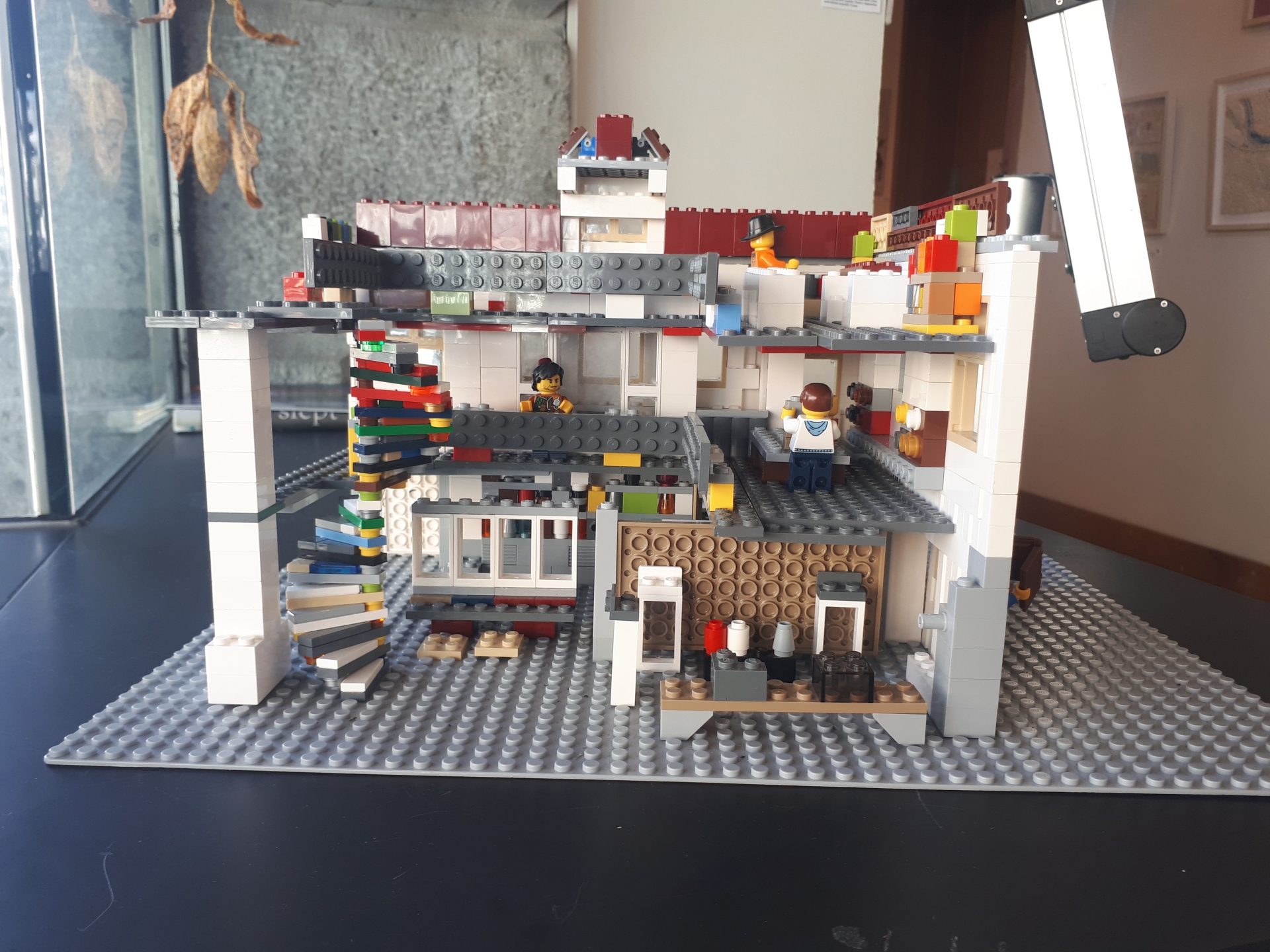 This LEGO model of the Abbeyleix Library building was created by Darragh Kelly.