A gaping hole has been left in the roof of a building in a retail area of the largest housing estate in Portlaoise following a fire yesterday.

The fire happened on the third storey of the building at 19 Kilminchy Court on Monday between 3pm and 4pm, above the medical centre and takeaway below.

It is business as usual at the medical centre and takeaway despite dust and ash covering the stairs from the ground floor up to the third floor.

The third storey where the fire took place was not in use. It is an empty office space.

Dr Ashfaq Ahmad is based in the medical centre. He told the Leinster Express it was a 'scary' experience as all the units were evacuated on Monday afternoon.

Fire service units from Portlaoise and Stradbally attended and the fire in the roof and it was quickly brought under control.

No injuries were reported but a considerable amount of damage was done to the building which can be seen in the video above and pictures below. 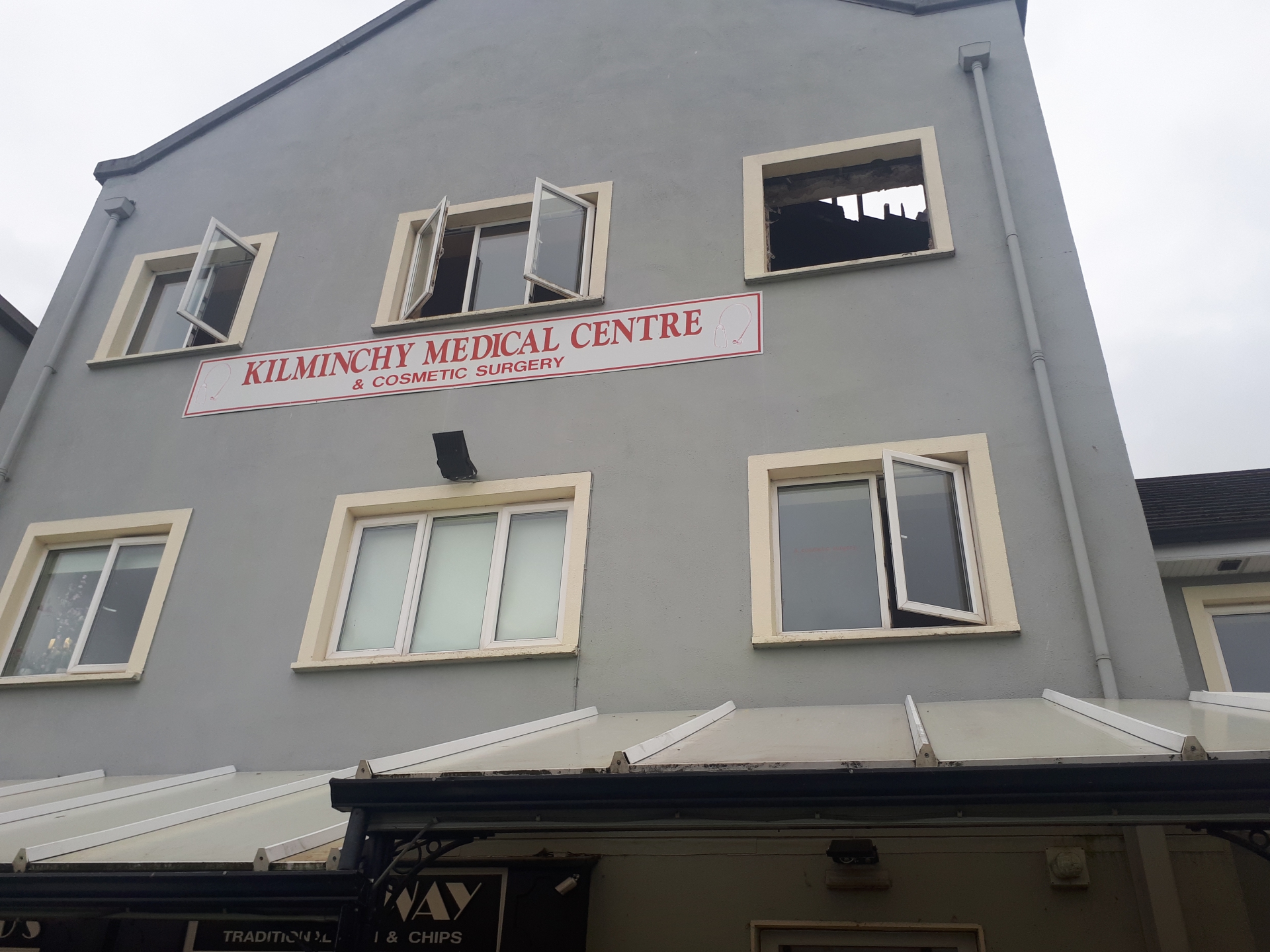 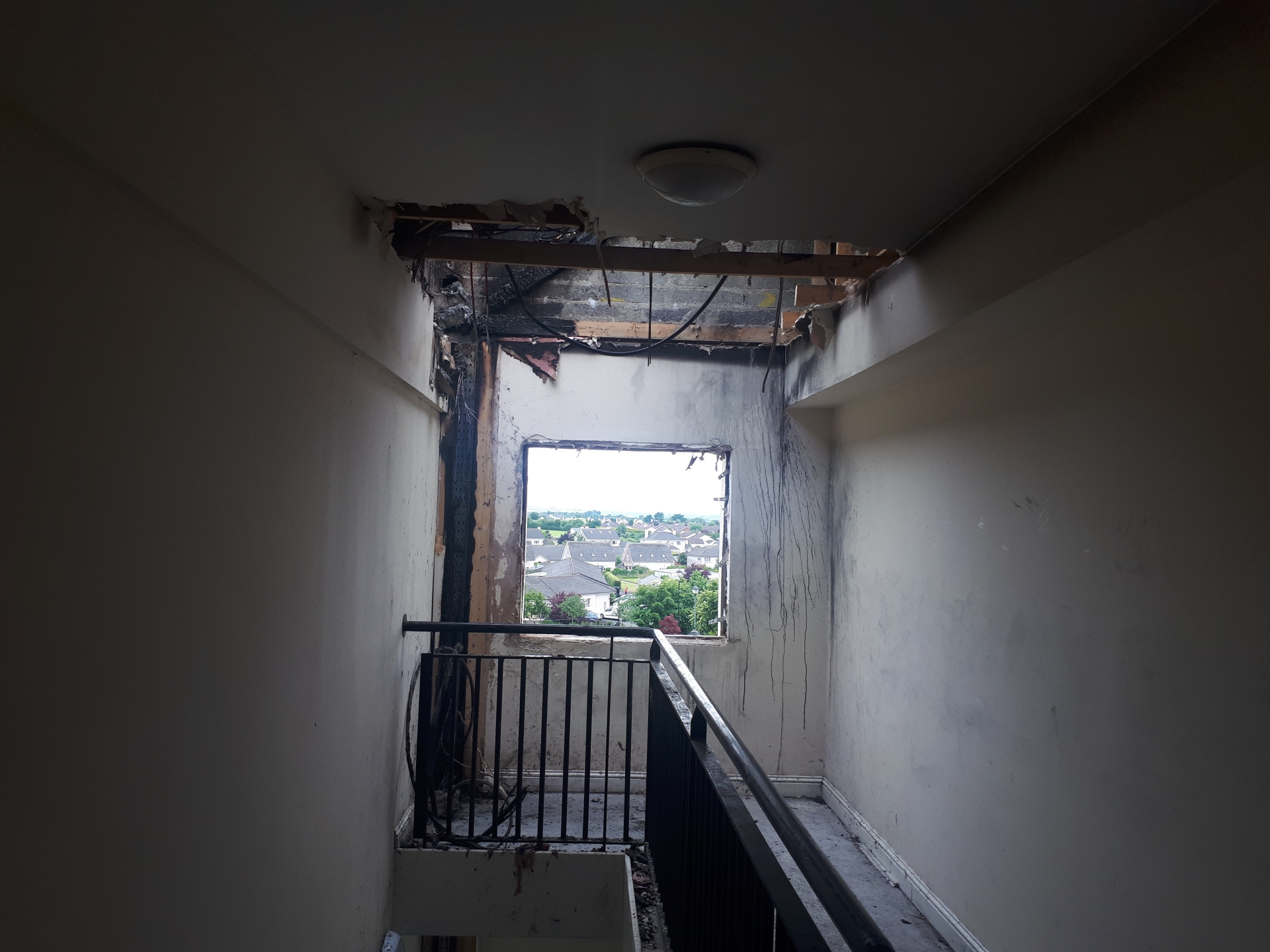 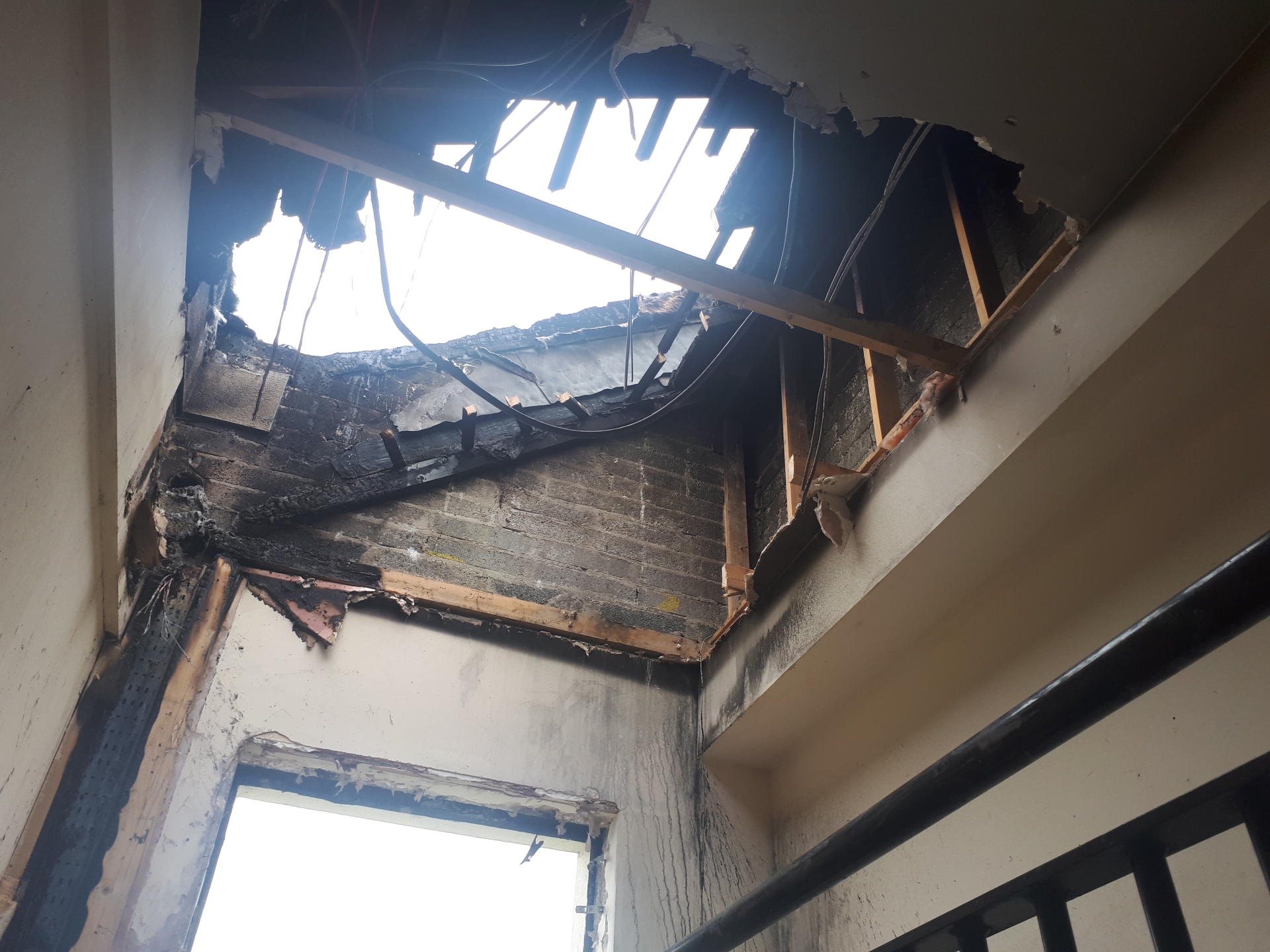 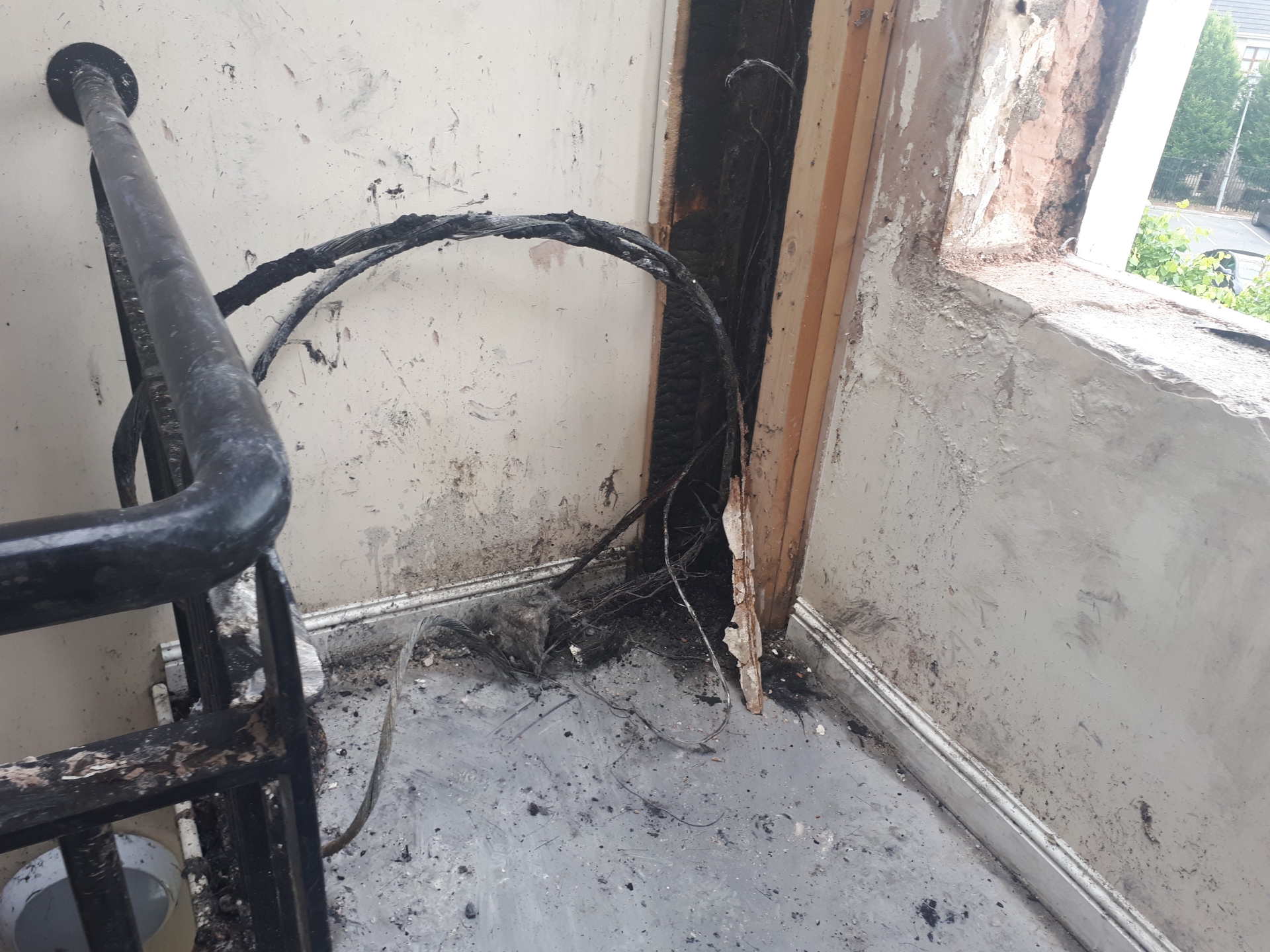