The new Cathaoirleach of Laois County Council has celebrated his election on the right note.

Fine Gael Cllr John King, a farmer and retired fireman from Rathdowney, sang all three verses of Lovely Laois, upon his election to the highest office of the local authority today Monday June 25.

The council chambers rang out with family and supporters and council staff and councillors all joining in.

Cllr King was elected in 1999 taking over from William Mansfield, and he has promised to put the environment first in his year as Cathaoirleach.

"My concerns about illegal dumping are just one part of my overall concern for our environment. We live in a lovely part of the world bestowed with natural beauty and a clean environment. We should preserve and foster our cherished landscape and environment and pass them on to coming generations in a sustainable manner," he said.

He announced his intention to set up an award scheme for persons involved in agriculture who use good environmental practice.

He is father to Laois hurling Captain Ross King, who was there along with Cllr King's wife Bernie, and son Jonathan with another son Darren in Australia.

Also at his election was Fine Gael Minister Charlie Flanagan, who said Cllr King would do an excellent job but had huge shoes to fill, and thanked the outgoing Cathaoirleach Cllr Padraig Fleming who attended 170 official engagements during his busy year.

"Anybody from Rathdowney wil lknow your voluntary commitment in community work for all your life, that is acknowledged in the numbers of people who vote for you. Laois is in exciting times and I know your stewardship will pay dividends and I commit to working closely with you," he said.

Below: The new Cathaoirleach Cllr King receives the chain of office from Cllr Fleming. 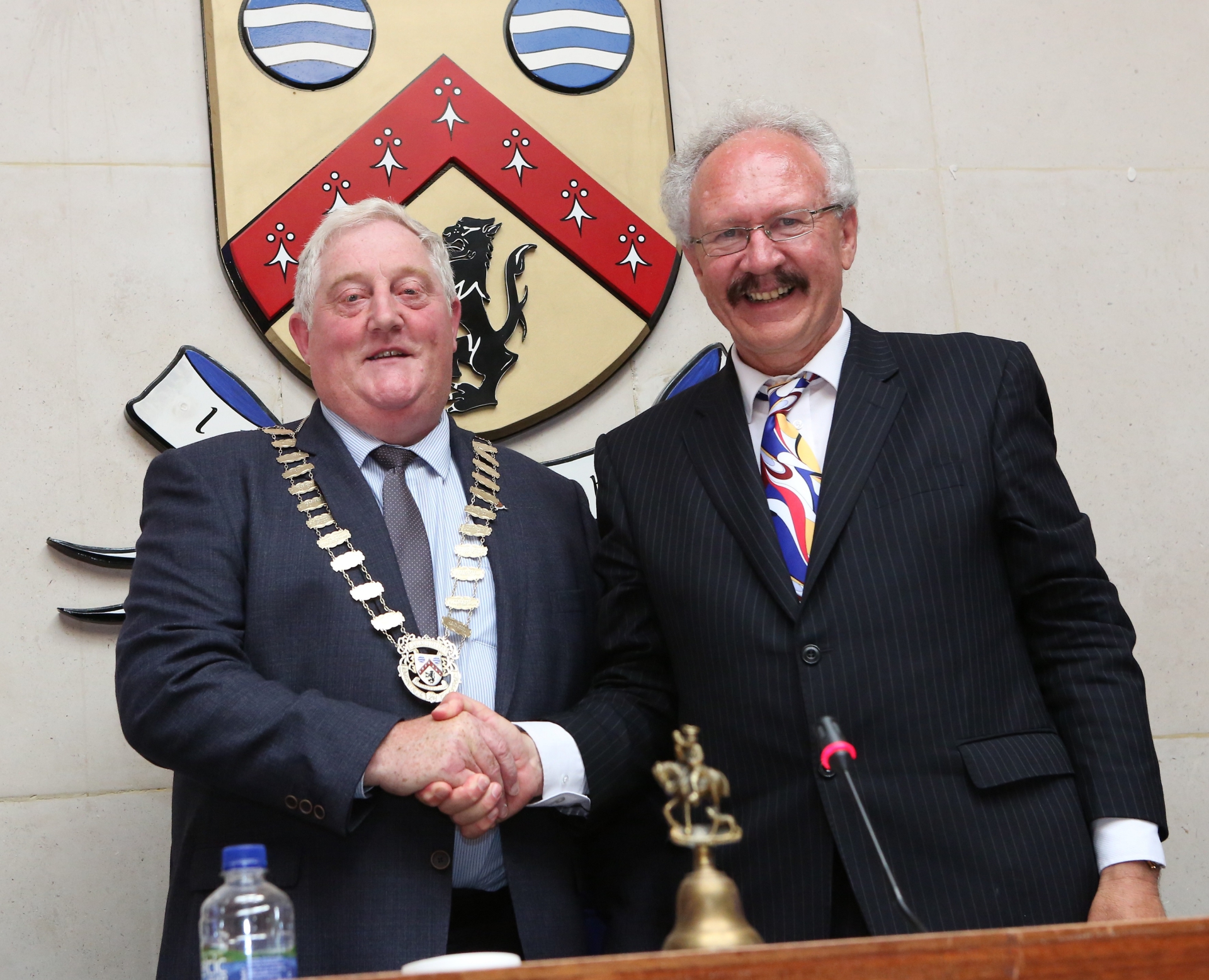 "I know it is a great and singular honour for you to represent the county you love so well," he said.

He was congratulated too by all councillors in the chamber, with Cllr Caroline Dwane looking forward to putting him forward to X Factor once his year was done.

The songs are set to continue tonight, with many more planned at O'Malley's bar in Rathdowney.