Huge crowds thronged O'Moore Park on Saturday evening for the Laois Offaly clash in the GAA All-Ireland qualifier in Portlaoise.

The throw-in time of 7pm had to be delayed to allow fans buy tickets before the game. Not all had made it into the ground by the time the game got underway.

Queues blocked the road in front of the booth on Fr Browne Avenue as hundreds of fans queued to buy tickets at the official throw-in time. Another line of people queued up to 50 metres along a path up to the booth.

The matchup of the neighbouring counties appeared to take some by surprise as there appeared to be just one ticket office open at the game. No official GAA ticket van was visible on the approach to the ground which can hold in the region of 20,000.

Tickets were not available to buy through the GAA website in the hours before throw-in but they could still be purchased at SuperValu and Centra shops.

It is not clear if an official attendance was announced at the game. The Main Stand was nearly full and the main terrace was three-quarters full.

There was plenty of room at both goal end terraces. 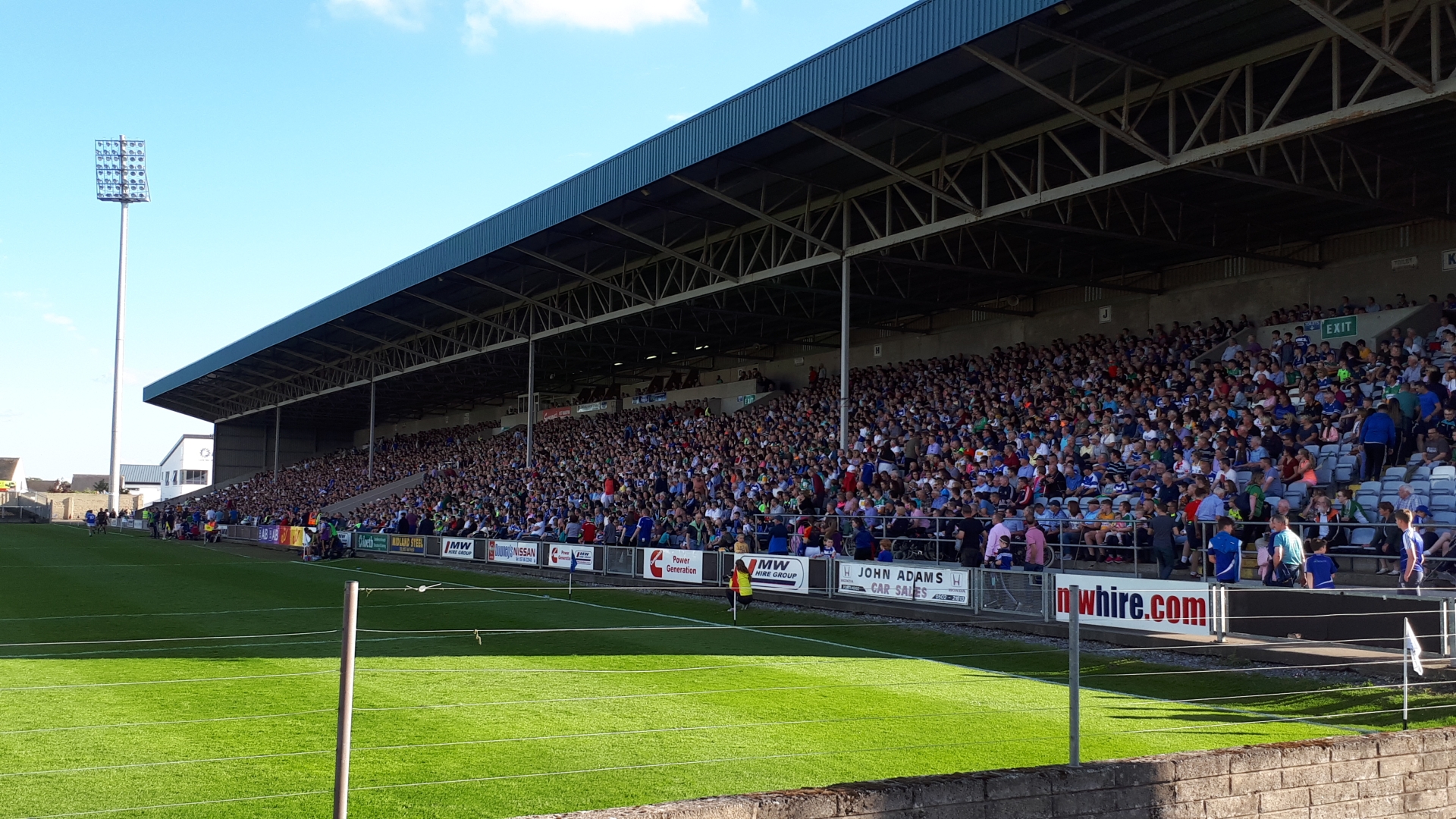 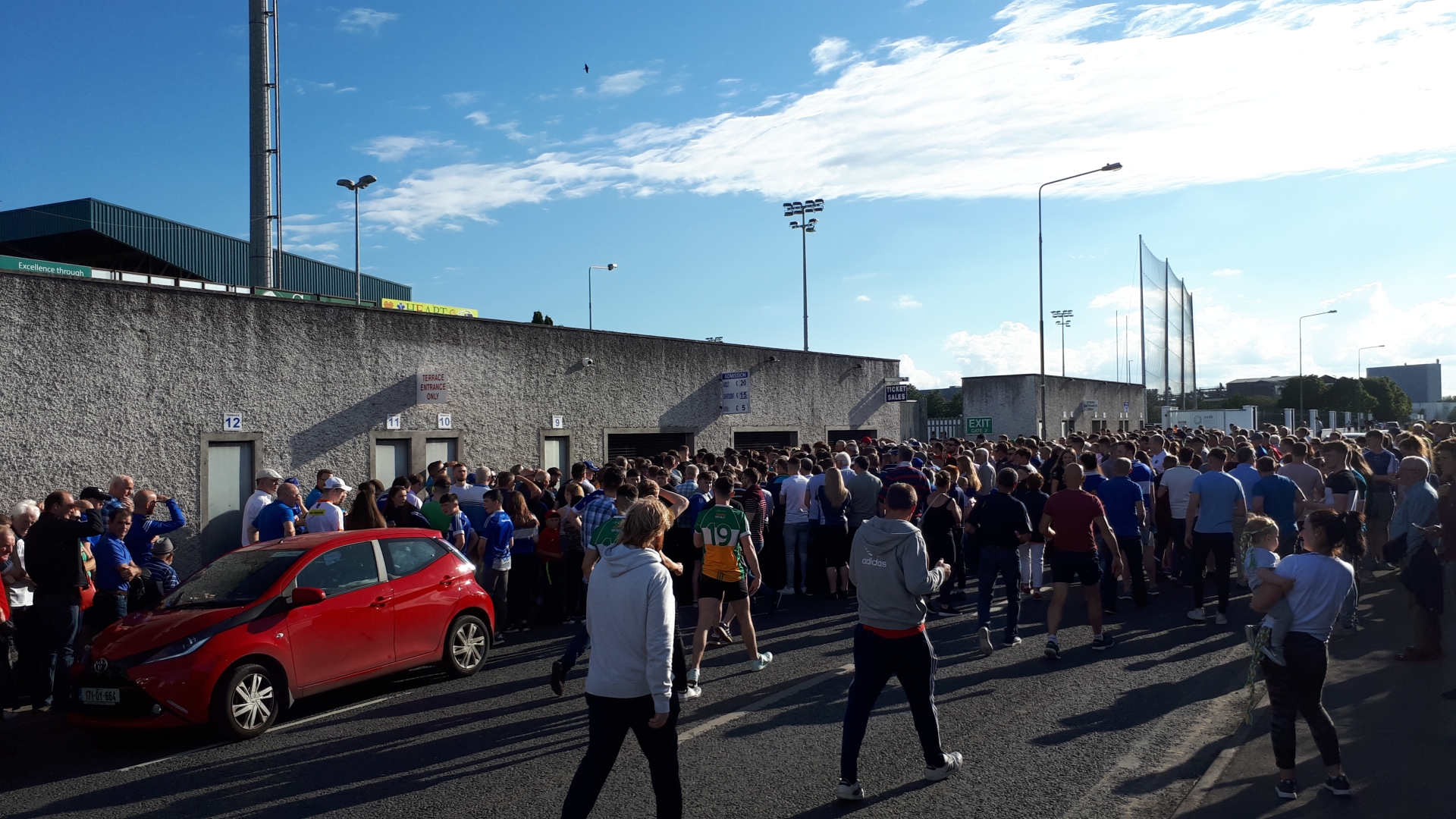