A lucky Laois man has won a big UK spot the ball competition, and his laid back reaction to winning is pure Laois.

Dean Lacumber from Timahoe played an online competition with BOTB and was chosen as the weekly winner, winning a lime green jeep and £20,000 in cash.

The BOTB video shows first Dean getting the call from BOTB to say he played, they had something for him, and asking him to fly to the UK the next day.

On seeing his Suzuki Jimny for the first time in Heathrow Airport this week, he was just as chilled.

"They're way cooler in person than I thought. It's like a little G Wagon. This is mad. I can't believe I actually won something," he said.

And then on being surprised with a briefcase of cash in the boot.

"Oh my god. What do you say when you look at all that money. Wow. I can't believe it. I don't know what to say," he said. 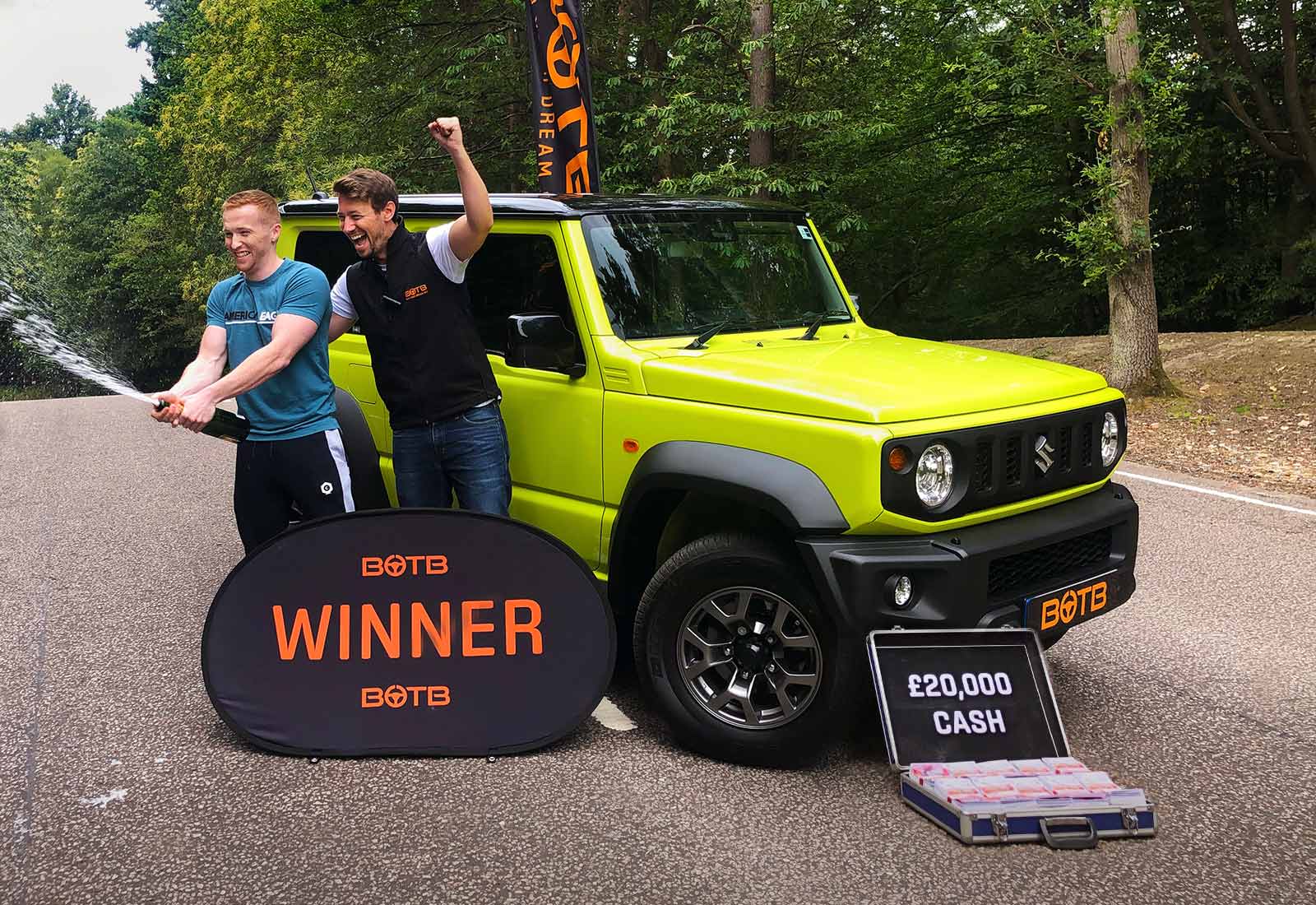 Dean, 20, plans to invest his money into buying a house.

“I couldn’t quite believe that it was happening, I’ve never won anything before so I’m delighted! The Jimny is way cooler than I ever imagined and definitely a bit too fancy for me - I feel really lucky.”

The mechanic has been entering the competition for three years, and was drawn to the Suzuki for its off-roading capabilities.

“At the moment I live in the middle of nowhere so the Jimny would be ideal,” said Dean.

His friends and family were also thrilled after Dean told them the good news.

“They’re all really excited - I think the whole of Ireland will be signing up to BOTB at this rate!”

BOTB’s Christian Williams said that Dean was a great winner; “We are very fortunate to be able to travel around the world - so it’s always great when we get to treat our winners to a jet-setting surprise! I hope Dean enjoys racing around on and off-road in his new car.”