Prison officers, soldiers, gardaí and others who have served the Irish State through fulfilling their duties to their country at Portlaoise Prison since the foundation of the State have been honoured with a memorial garden.

Laois Offaly TD and Minister for Justice and Equality Charlie Flanagan was joined by the Irish Prison Service Director-General Caron McCaffrey to unveil the memorial at the country's high-security jail in the presence of prison staff, management and members of the Prison Officers Association. The Governor of Portlaoise Prison, Mr Ultan Moran was also present

The memorial features the bell and stonework from the since-demolished prison chapel,  which was stored for some years in the prison complex. The memorial also features a plaque and a memorial garden. Construction of the Memorial Garden commenced in 2018 with the metal work and stone work completed by Wheatfield Prison.

A Department of Justice statement said the Garden especially recognises the service in helping preserve the nation’s security during the Troubles. Minister Flanagan spoke at the official opening.

“This Memorial Garden honours the Irish Prison Service staff who have served over the years in Portlaoise Prison and recognises the unique challenges they have faced, and in particular the part the Prison Service members played and the courage they showed during the most turbulent times of the Troubles, in conjunction with their colleagues from An Garda Síochána and Óglaigh na hÉireann.”

“The Irish Prison Service and Portlaoise Prison have always had a huge connect with the community of Co Laois and its surrounding counties and I believe it is very appropriate to recognise this by putting in place a symbol which recognises their contribution to the State. I would hope that this will give the community an opportunity to pause and reflect as they pass in memory of all that have served in Portlaoise Prison,” he said.

Portlaoise Prison is unique in that it is the only maximum security prison in the State. Prisoners sentenced in the Special Criminal Court are committed to Portlaoise Prison. Since 1973, all subversive or IRA prisoners have been accommodated in Portlaoise following their transfer from the Curragh Prison.

This followed the escape of three high profile IRA prisoners, J.B. O’Hagan, Seamus Twomey and Kevin Mallon, who had spectacularly escaped from Mountjoy by helicopter on 31 October 1973. The move to Portlaoise was made as a measure to contain IRA activity and segregate IRA members from other prisoners.

Other significant incidents that occurred during this period include:

The escape of 19 prisoners on 18th August 1974 when a number of prisoners overpowered the staff and took their uniforms and made their escape disguised as prison officers. The group used explosives to blow open the gates.

·         In 1983, then Chief Officer of Portlaoise Brian Stack was shot outside the National Boxing Arena in Dublin and subsequently died of his injuries 18 months later. In 2013 the IRA finally admitted to the killing.

·         In November 1985, an IRA mass breakout failed when a bomb, which had been assembled within the prison itself, failed to detonate at the prison gates. In the incident then CO Patrick Powell (RIP) faced down an armed prisoner who aimed a gun at his head and fired in an attempt to murder him. Thankfully the gun failed to discharge and the escape attempt failed.

Over the last five years Irish Prison Service has taken a number of steps to recognise historic acts of bravery and outstanding heroism by presenting a number of bravery awards, including posthumous, to Chief Officer Brian Stack (2013), Governor Paddy Powell (2016), and Assistant Chief Officer Paddy Dunne. 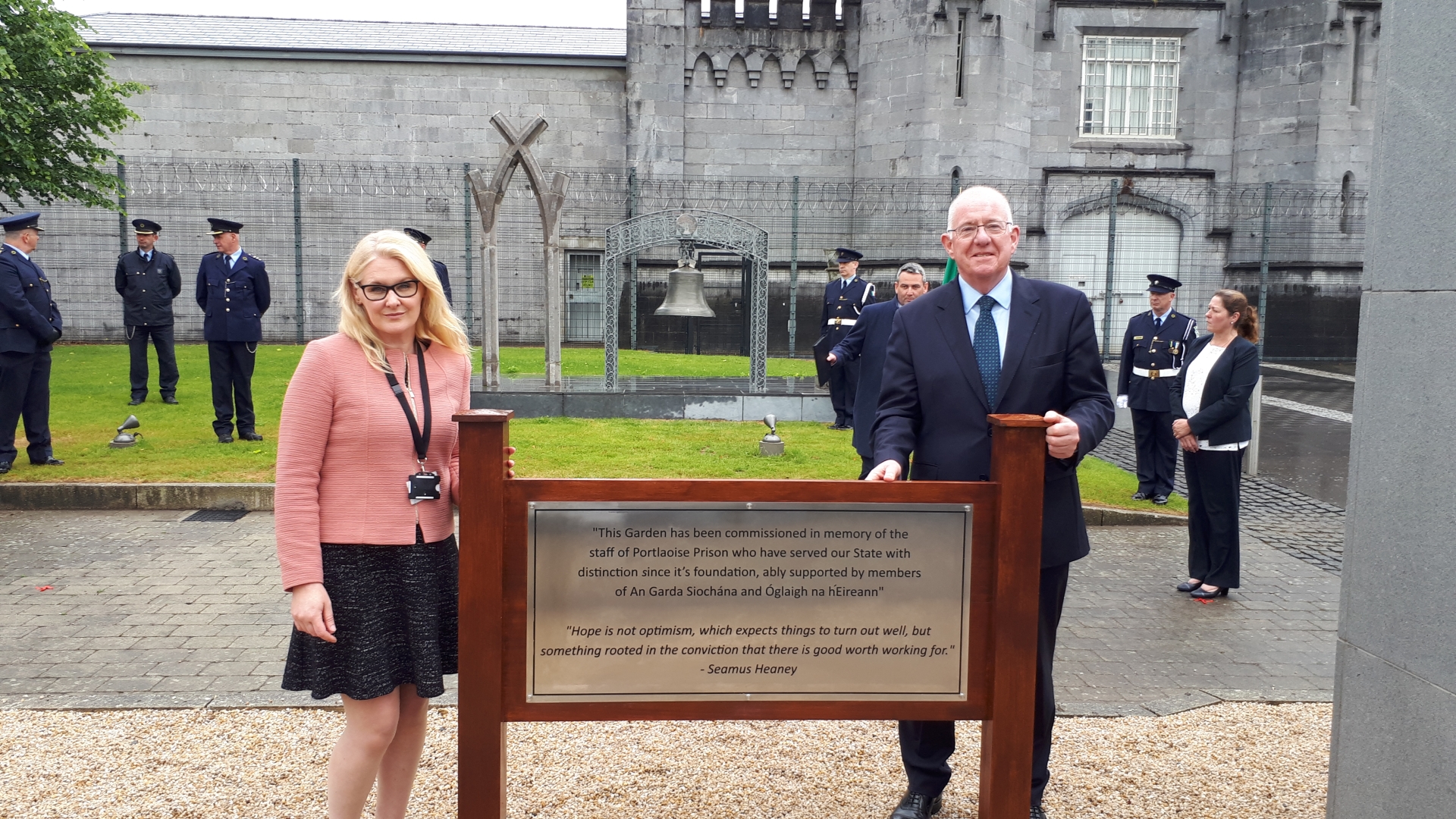 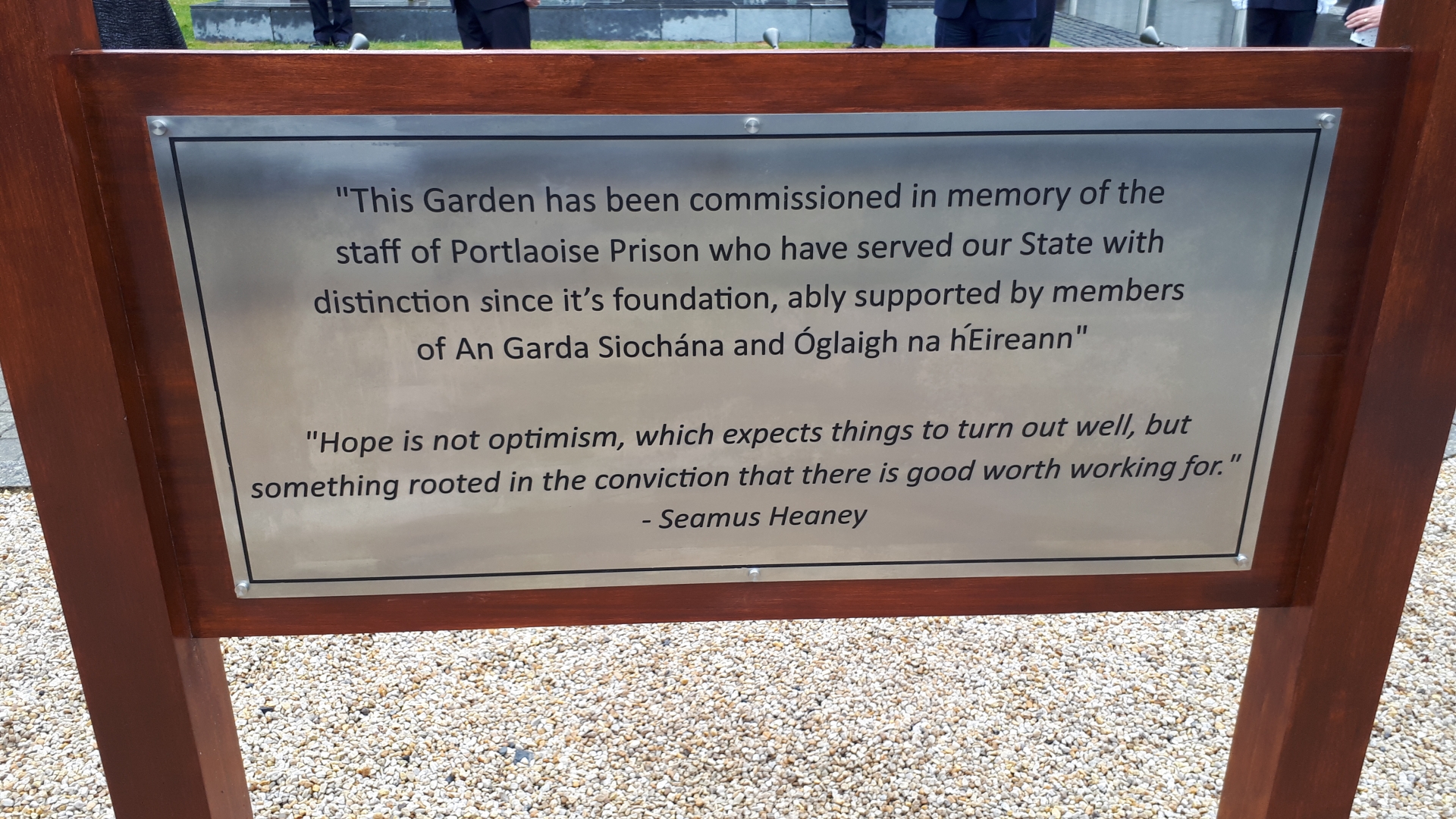 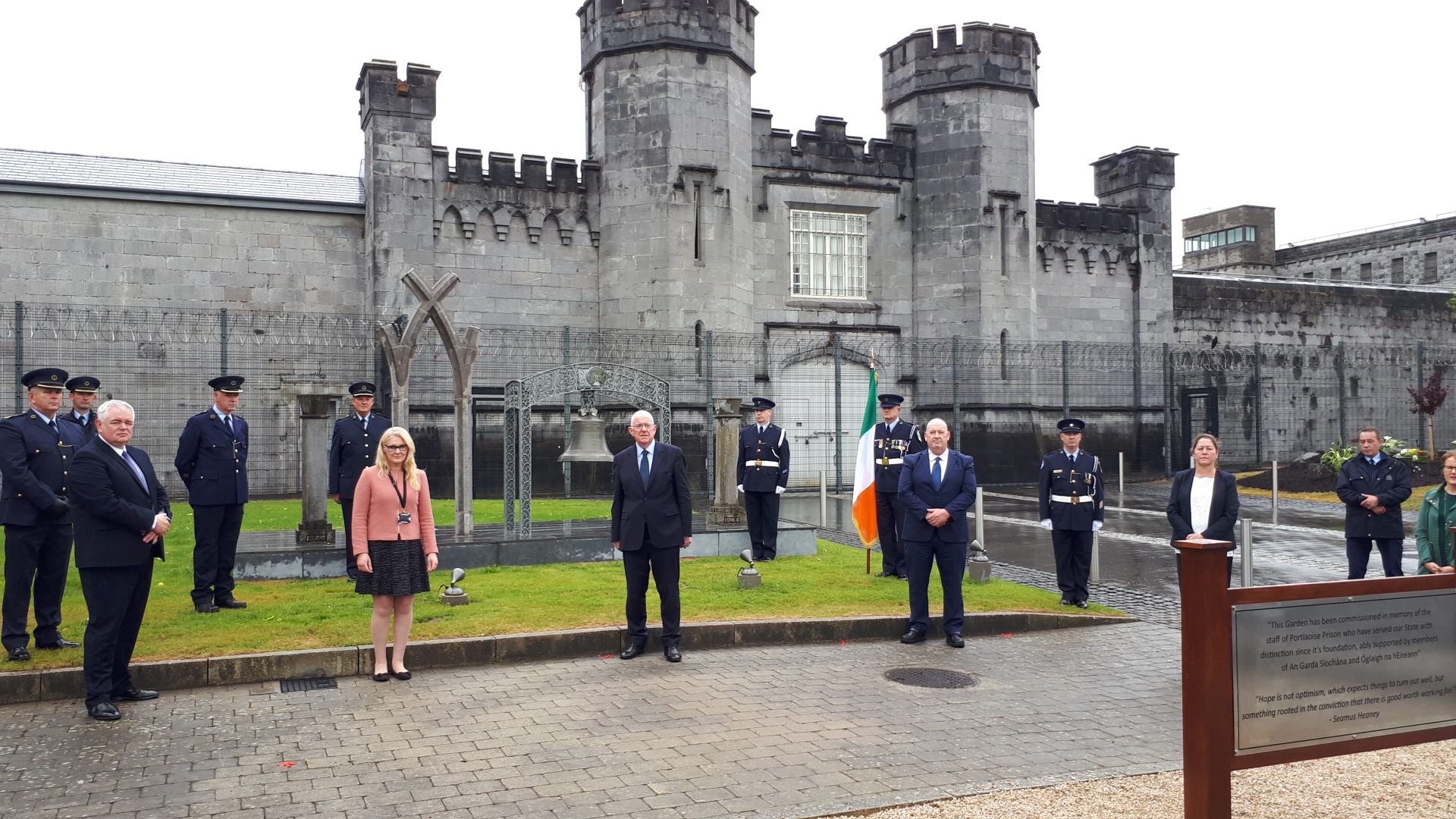 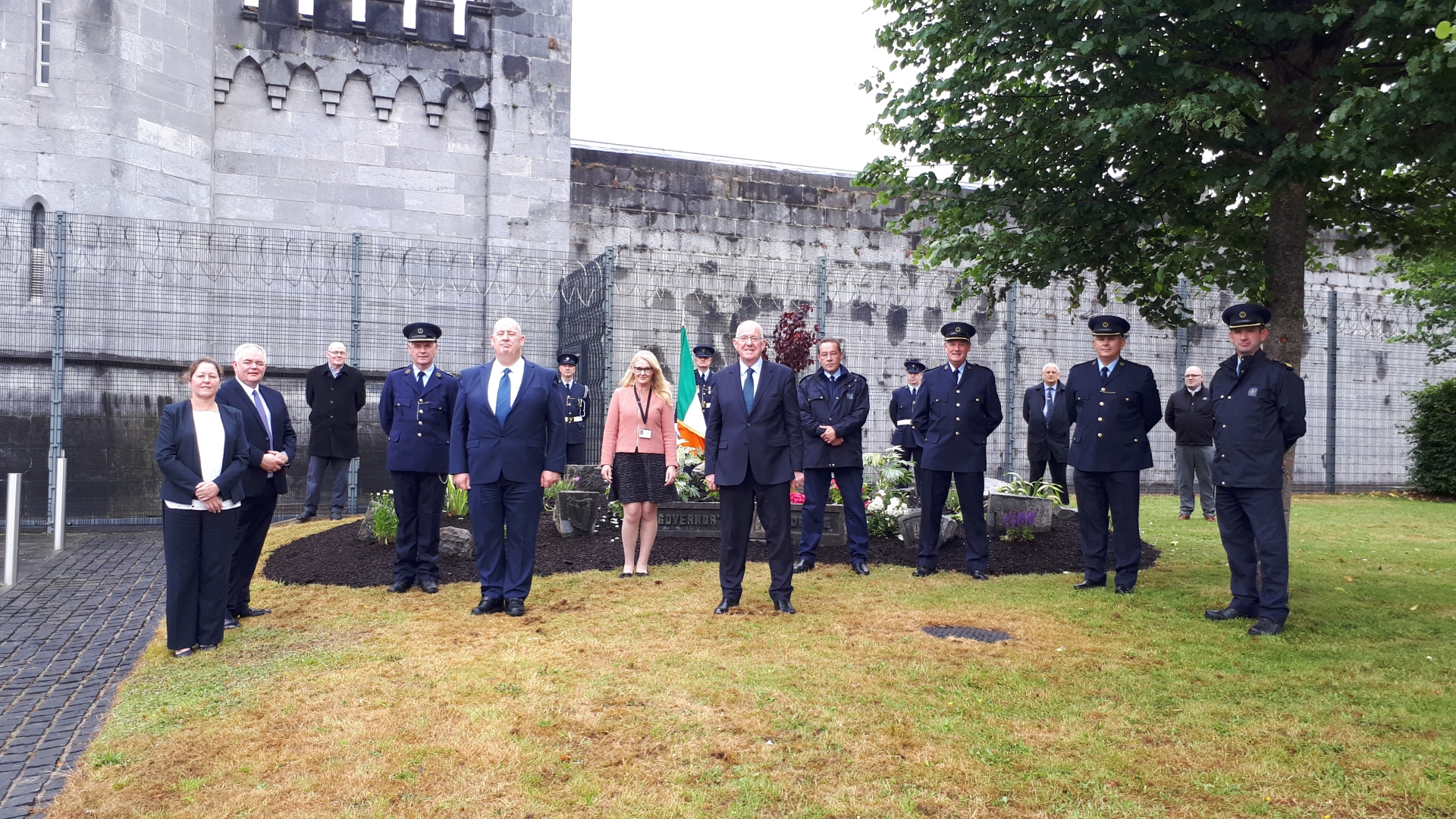 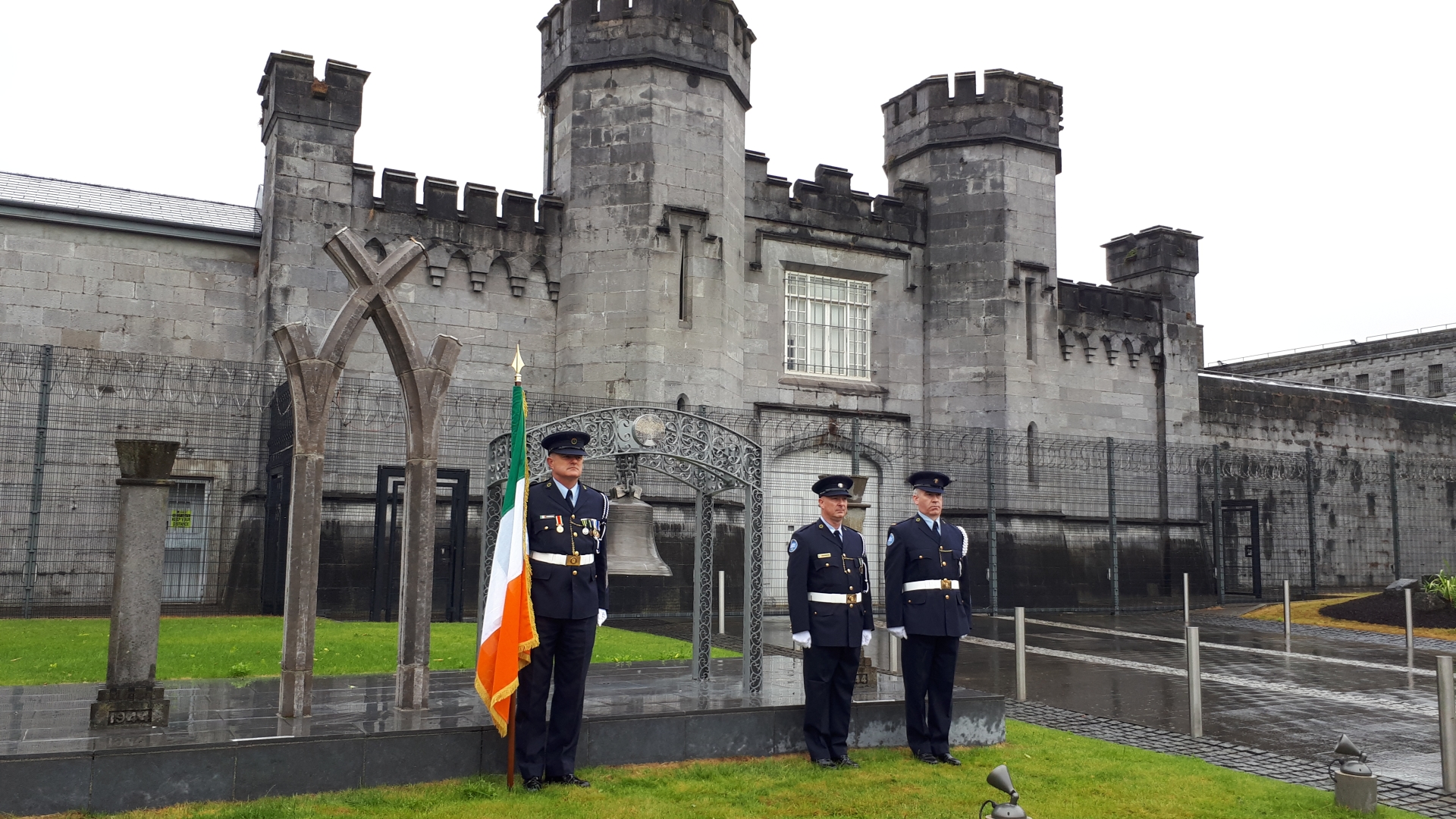