A young Laois student who hopes to make sport science his career, has won at the BT Young Scientist & Technology exhibition.

Evan Hogg, 15 from The Swan is a third year student at Heywood Community School, which had five of the six Laois projects at this year's prestigious exhibition in the RDS.

He won third prize in the Biological & Ecological Sciences category, winning €150 for his project'Less is Better'. 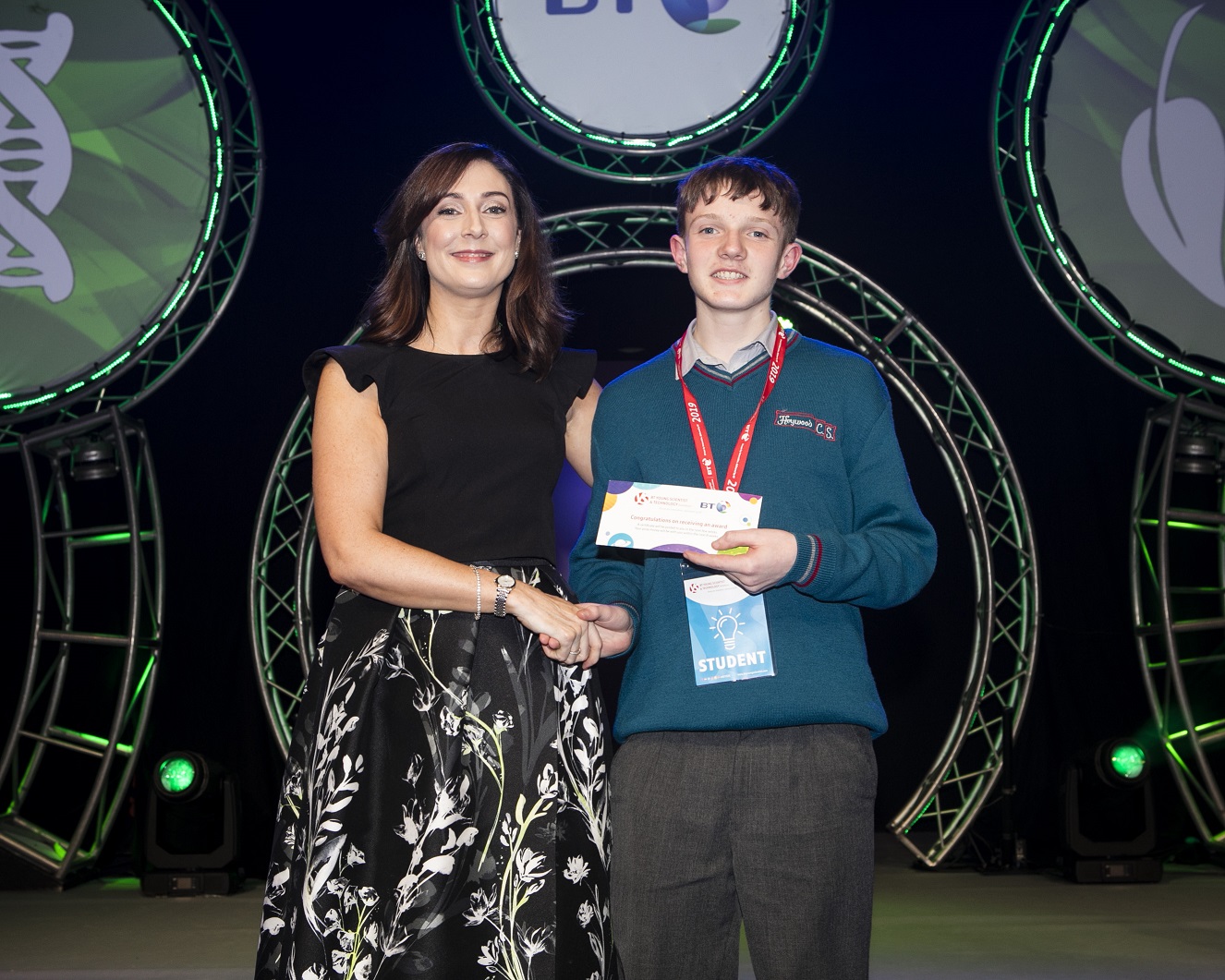 With the support of science and PE teachers and 2nd year students as his test subjects, Evan had set about examining how one 30 minute period of exercise a week compares to three separate sessions of 10 minutes.

“The pride of winning is better than money or a certificate,” Evan told the Leinster Express.

A cross country runner with Ballyroan Abbeyleix & District AC, and a mountain runner with the Irish Mountain Running Association, athlete Evan enjoyed the project.
“There was a good lot of work but it was fun and interesting to get to work outside the classroom. My school was really supportive,” he said.

Evan discovered that there is no difference in fitness results, though there was a big difference compared to the control group which did not do the exercises.

“I was surprised as my hypothesis was that three sessions would improve more. There was no real research using 10 minute blocks,” he said.

His stand featured not just his project, but his Ballyroan jersey and an Ireland's Fittest Family t-shirt donated by Heywood CS teacher and IFF finalist Breda McDonald.

A son of Claire and Steven Hogg, Evan was shocked when his name was called.
“It was my first time to enter a project, I wasn't expecting to win anything and the competition was very high. It was a great experience and I hope to enter again next year,” he said.

Steven's proud dad posted a video from the live stream of the competition on his social media page.

"He is totally shocked, Evan project comes 3rd at the BT young scientist, in the biology section, hard work pays off," he wrote, garnering lots of well wishes for Evan.

Aodhagan O Suilleabhain is Heywood's science co-ordinator.
“We are delighted for Evan, he was full of enthusiasm and spoke well to the judges. All our students put in a lot of effort. There were not that many schools there with five teams, and we had many more projects that did not get through. The win shows us that we know the standard to aim for. I think we are on a roll for next year,” he said.

Read about all of Heywood's five projects here.

Mr O Suilleabhain thanked all the teachers, the science department and 2nd year students for supporting Evan and all of the Young Scientist entrants from Heywood CS.

Portlaoise College had the sixth Laois project at the RDS. Read about their project here.