Construction work has begun on the new public car park at Emo Court in Laois.

Workers have moved on site in recent weeks preparing the ground for the facility which judging on recent use is badly needed.

The Office of Public Works plan is to build a car park that can accommodate 173 cars and some buses. Apart from the car spaces, there will be capacity for eight universal spaces and eight electric vehicle charging points. There will also be capacity for up to four buses.

Visitors will be able to access and leave the car park via the L3115 public road using separate entrance and exit points. Visitors will not be permitted to leave via the road that leads out through the front of the house which is currently used to access the small existing car park.

The original tender documents say the OPW wants the work to commence as soon as possible after the contract is awarded in mid August so that it could be completed by October 2021.

A green area to the front right of the house has been used in recent years as an overflow area for the small unmarked gravel surfaced car park to the right of the building.

This is being used for picnic benches in recent times. 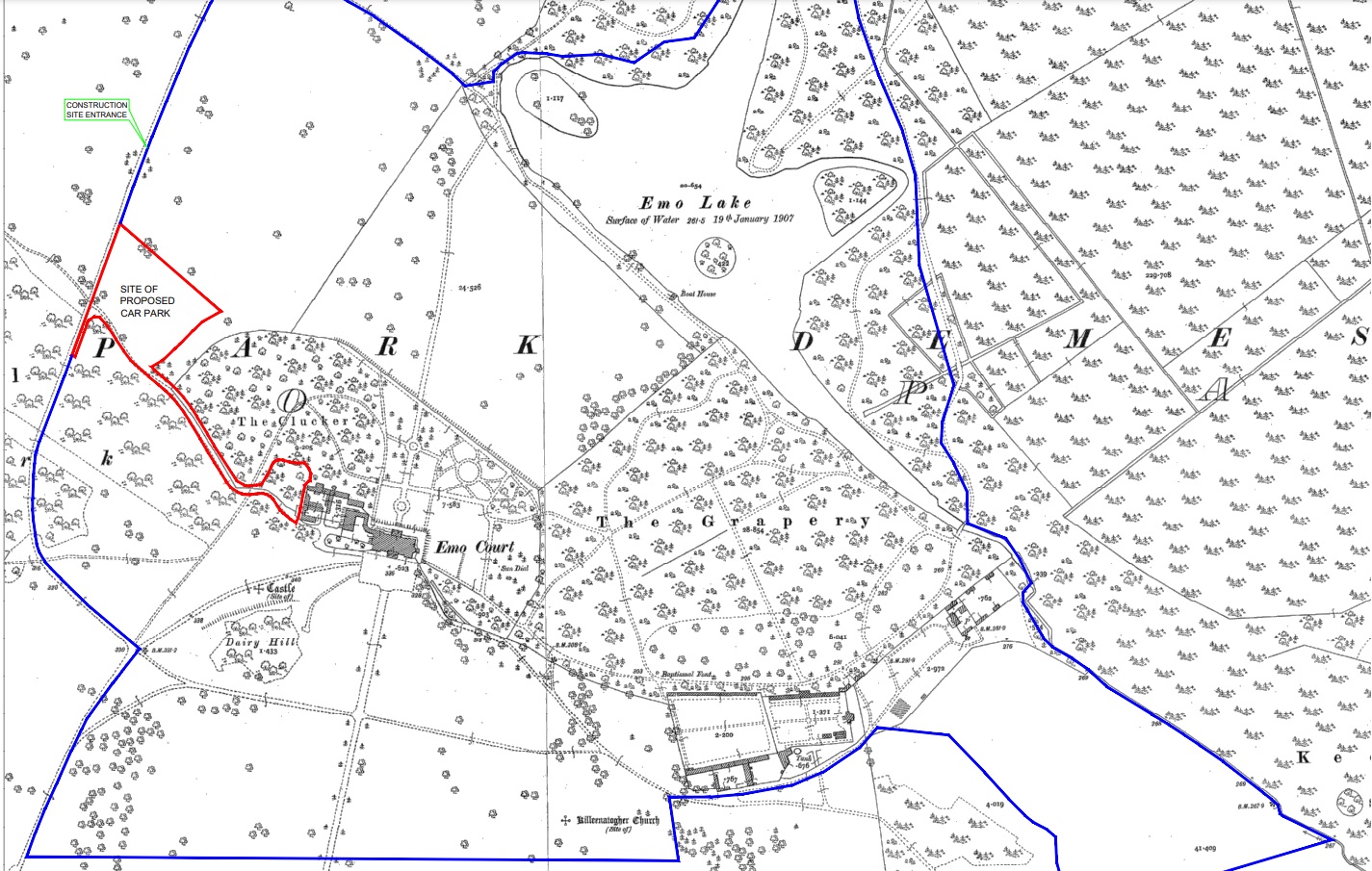