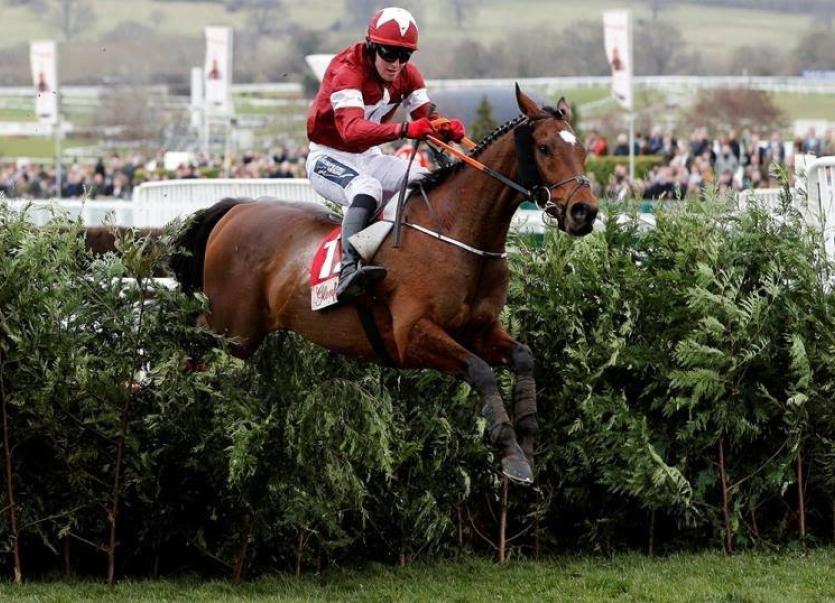 He won the Triumph Hurdle for 4 y/o olds in 2014; the National Hunt Chase in 2017; and the Cross Country race in 2018. What mightn’t be known is that Tiger Roll won a novice chase at Michael O’Leary’s local course in Kilbeggan on June 20, 2016, when ridden by Jack Kennedy.

In this year’s Aintree Grand National, Tiger Roll 10/1 delivered a win for the punters when narrowly holding off the Willie Mullins trained Pleasant Company and stayed on to get to the line by the narrowest margin.

General Principle is less known but he has won five times and taken €354,000 in prize money. His big day was winning the Irish Grand National on Easter Monday where one length covered the first five horse’s home providing a great win for young jockey JJ Slevin and providing Gordon Elliott with his first Irish Grand National winner.

Paddy Dunican Kilbeggan Races Managing Director said, “We are delighted that Midland Veterinary (Tullamore) Ltd in association with the Irish Farmers Journal are coming on board as our new main sponsor of this Race Meeting on Friday,  May 11. This race meeting has the potential to be one our biggest events of the year.”

Ollie Ryan of Midland Veterinary (Tullamore) Ltd. said, “We are thrilled to be sponsoring four races at Kilbeggan. This is our first time to sponsor horse racing and it gives us a great venue to promote our business and welcome our customers to a great social event at Kilbeggan Racecourse”.

Admission for adults to the event is €15. OAP’s & Students €12, Children under 16 free (free entertainment for kids)We are offering special discounts for staff, customers and friends for a group of 10 or more, Special Discounted Admission of €12 per person.

There is a Summer Party Pack which includes; Admission Ticket, €5 Drink Voucher, €5 Food Voucher and Race Card at just €22 per person for a group of 10 or more. Book now at www.kilbegganraces.com