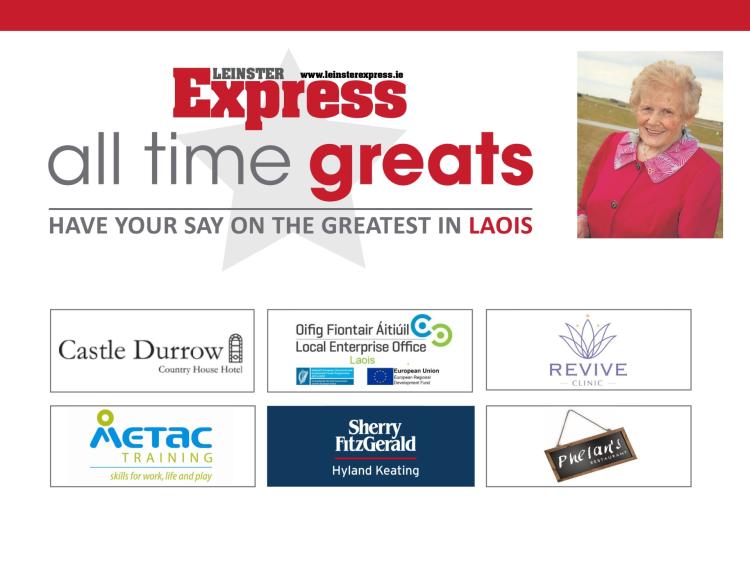 For nearly half a century, Anna May McHugh has been the driving force behind the National Ploughing Association's Ploughing Championships.

Appointed Secretary in 1954, Anna May, was appointed NPA's managing director in 1973.

She is a past Leinster Express Laois Person of the Year and in September 2015, Anna May was awarded the Officier de l’Ordre du Mérite Agricole by the French Ambassador to Ireland Mr Jean-Pierre Thébault.

Anna May is the Irish Board Member to the Board of the World Ploughing Organization, where her daughter, Anna Marie McHugh, is now General Secretary.

Anna May has brought the 'Ploughing' home to Laois on a number of occasions the most successful of which was a three year run in Ratheniska from 2012-14.