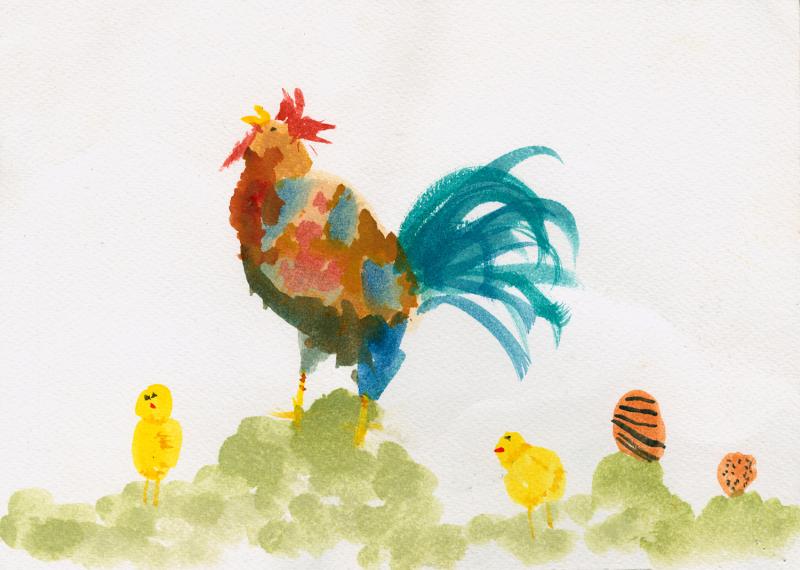 A Laois student who won a top prize in this year’s 67th Texaco Children’s Art Competition, will also have her work featured in the famous calendar that is published along side the competition.

In the 6 years and under age category, Kelly Hynes (5), a pupil at Anne Kelly School of Art, Craft & Design in Clonaslee, won second prize for her painting entitled ‘Easter Eggs Hunt at Grannys’.

Texaco said it illustrated perfectly the outstanding talent, creativity and imagination that many of our young artists possess and the important role schools have in encouraging and inspiring their students through art education.

Her work was described by Final Adjudicator, Professor Declan McGonagle as a “soft and delicate use of the watercolour medium”.

It is now among those selected to appear during the month of April and will be seen in thousands of homes throughout Ireland during the coming year.

Calendars are currently available through a select number of Texaco service stations and Texaco branded distributors countrywide and through Texoil, Valero’s own home heating oil division.

The Texaco Children’s Art Competition is popularly regarded as the longest-running sponsorship in the history of arts sponsoring in Ireland, with an unbroken history that dates back to the very first Competition held in 1955. Texaco said this year, as has been the case throughout its life, it has been a platform on which young artists from Laois and counties throughout Ireland have had their talents recognised and their creativity commended.