When Meatloaf played the Féile 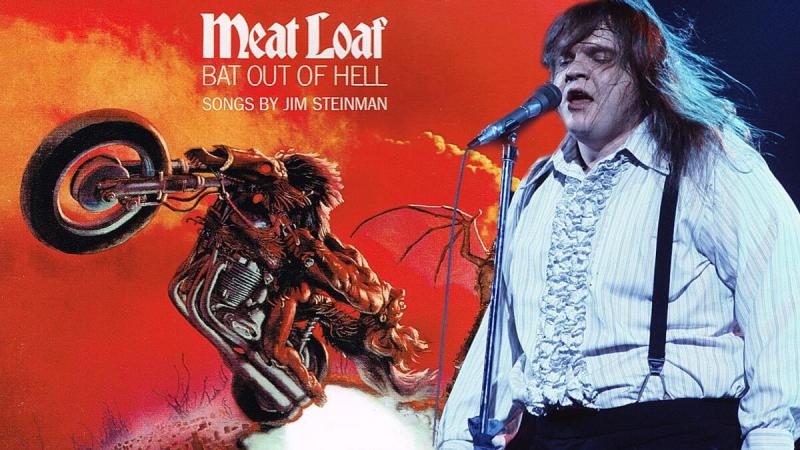 Meatloaf, whose death has been announced, played Semple Stadium in 1990

He rocked Semple Stadium in 1990

The death Meatloaf evokes memories of that incredible Féile 90 concert in Semple Stadium, Thurles when he rocked the socks off the hurling mecca and launched the venue as a bona fide and very original music destination and festival in Ireland.

Marvin Lee Aday who died aged 74 was a hell raiser whose hits roll off the tongue with real ease – find any forty something, male or female, who cannot rattle off Bat out of Hell, Dead Ringer for Love, You Took the Words Right out of My Mouth, or Paradise by the Dashboard Light, and you'd have to ask what rock they were hiding under. It certainly would not be a rock and roll rock!! 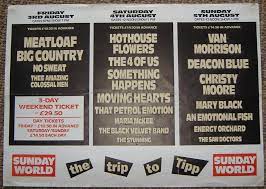 But back to that memorable Feile – the first of its kind and what a boon to have Meatloaf headlining the event which was run in conjunction with the Semple Stadium Management Committee led by local TD, Michael Lowry, and MCD music promotion company. 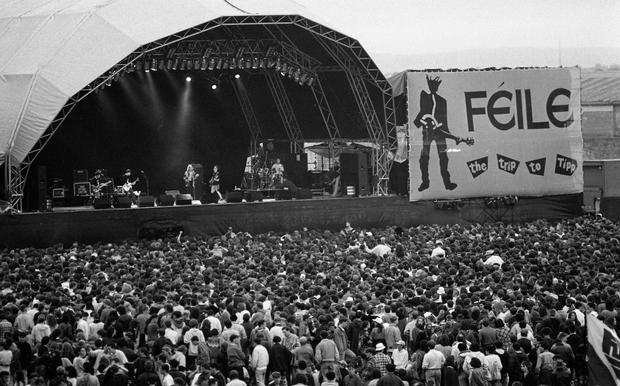 It was as brave as hell – bringing the biggest music acts in the globe to a quiet, rural town in the middle of Tipperary was ambitious, bold and extremely successful as they attempted to clear the £1million debt on Semple Stadium which had arisen following major refurbishments ahead of the hosting of the Centenary All-Ireland final in 1984 between Cork and Offaly.

So, here we were, the home of the GAA, about to become the home of the biggest music festivals in the country, bar none, for half a decade. And, Mr Loaf, as he had introduced himself to the late Gay Byrne when he interviewed him, was the main man. He paved the way for the likes of Brian Adams, Madness, The 4 of Us, the Prodigy, Chris de Burgh, The Stunning, Sinead O'Connor, Van Morrisson, Hothouse Flowers, The Saw Doctors, Christy Hennessy and so many more.

Meatloafs live shows were incredible and in Thurles, right in front of the Town End Terrace, he didn't disappoint. The place was electric as he belted out his play list including Out of the Frying Pan and into the Fire; Masculine; You Took the Words Right out of My Mouth; Midnight at the Lost and Found; All Revved up with no Place to Go; Two of out Three Aint Bad; Bat Out of Hell; Paradise by the Dashboard Light; and a Rock and Roll Medley.

Meatloaf, whose main wing man was Jim Steinman with whom he collaborated on so many massive hits, was on stage for just over an hour in Thurles.....but what an hour it was. It was easy to see why he had sold more than 65 million albums worldwide and to see him on stage in Thurles really ws something. He had emerged from his mid eighties slump to take the nineties by storm and he was really at his rock 'n roll, hell raising and energetic best as he stomped around the stage and illuminated the place with his brilliance.

Back stage, he mingled with the other artists and for those of us lucky enough to have been hanging around the place it was quite surreal to see such a global icon chilling out on the Sarsfields Outside Field where the VIP marquee was set up. He had dropped in by helicopter to Dundrum House Hotel – about fifteen miles from Thurles – and amid huge security, he was conveyed to the Cathedral Town to light the place up. 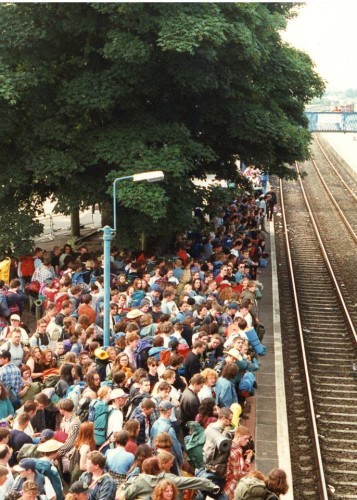 Amazingly, almost 40 years after his first Bat out of Hell album was released, it still sells almost 200,000 copies per annum and with the re-emerging of vinyl and CD's, and following his passing, it is estimated that Meatloaf will continue to rock the globe for many years to come.

He also featured in over fifty movies including the Rocky Horror Show, Wayne's World, Fight Club and plenty more. But, music and performance was his thing and when he went on stage, he came alive. Those who saw him in Thurles will testify to that and will never forget how incredible it was to have this music legend performing on the hallowed turf of Semple Stadium.
Not everyone approved of the staging of Feile in Thurles, but few could argue against the thrill and the ecstacy generated when artists like Meatloaf did their thing.