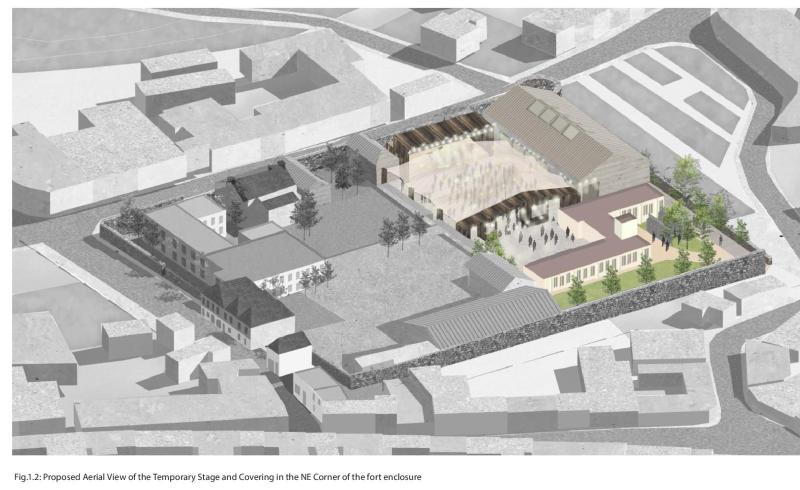 Ambitious plans have been launched for a new outdoor performance and event space in the historic heart of Portlaoise at the Fort Protectorate.

Laois County Council has begun consulting the public on the new amenity which it wants to locate in part of the old Scoil Mhuire which is currently home to the Laois School of Music. The site of the proposed development is located to the rear of the school building.

The council says it wants to create a significant gathering space for performances and events that will involve the construction/installation of a performance stage, temporary awning/covering. It will have a capacity for 500.

The project will also involve the construction of a building to accommodate welfare and storage needs associated with the
new venue. If it goes ahead a new permanent gateway structure to control access to and from the even space will be needed.

An existing opening in the Fort wall will be used to create new access to the performance space from Tower Hill.

To facilitate the project the local authority will have to demolish a lean-to extension to the Granary Building. MORE BELOW PICTURE.

A project overview says that in late 2021 Laois County Council signed a funding agreement with the Department of Arts under the Outdoor Public Space Scheme 2021.

Subject to subsequent planning consents, it said the objective of the funding agreement is to deliver the outdoor performance and event space. The total value of the fund is €278,000.

Separately the Council says it has a funding agreement with the Department of the Environment under the Urban Regeneration and Development Fund which provides an additional €350,000 to the development of the space.

In developing these proposals Laois County Council says it has engaged with key stakeholders including the Laois School of Music, Laois and Offaly Education and Training Board, Laois Heritage Society, the Dunamaise Arts Centre and Downtown Portlaoise. MORE BELOW PICTURE. 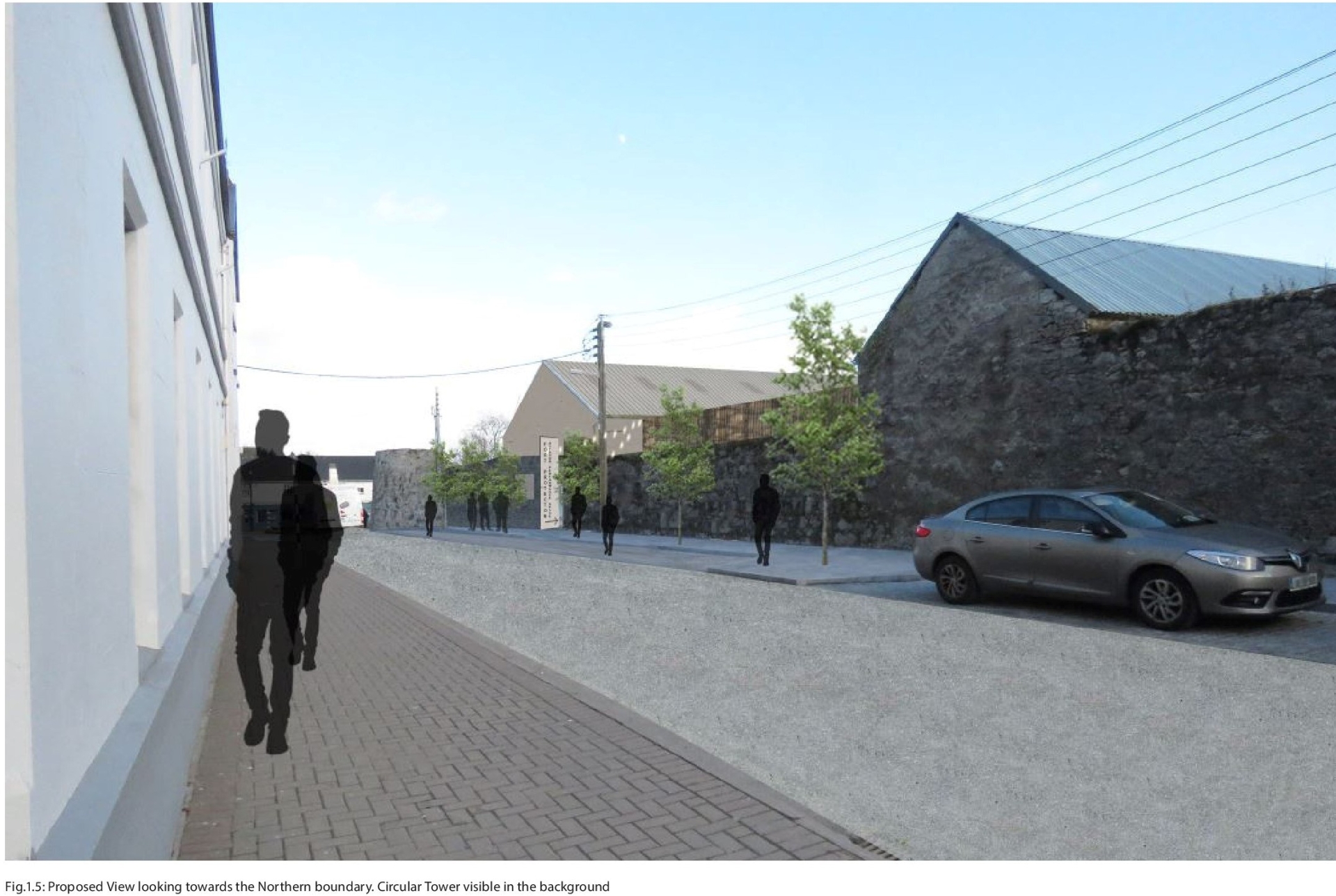 The council says it invites the public to make submissions. After consultation, county councillors will be asked to give the green light.

Plans, particulars and indicative images of the proposed development are available for viewing on Laois County Council’s online consultation portal at https://consult.laois.ie until April 21 and in the council's office by appointment.

Laois Jobs Fair attracts some 1,000 jobseekers for hundreds of jobs

Part of the Scoil Mhuire site was used for an outdoor festival in the late summer of 2021.