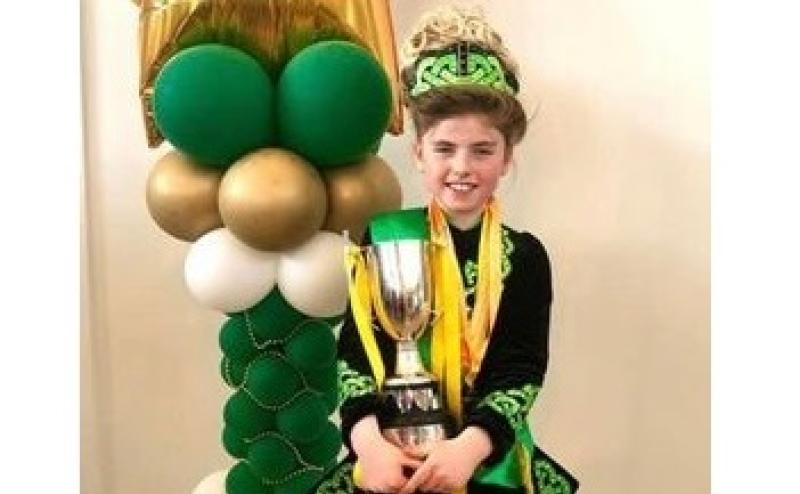 Sophia Farrell from Stradbally, the Leinster U9 Irish Dancing Champion for 2022.

A little Laois Irish Dancer from Stradbally travels to Dáil Éireann next week, at the invite of Minister of State for Disabilities.

Sophia Farrell, 9, will be speaking to Minister of State for Disabilities Anne Rabbitte, to raise awareness and acceptance of not only autistic children in Irish dance and sport but of all children with differing abilities nationally.

Sophia got a letter of invite directly from Ministe Rabbitte.

"Dear Sophia, I am writing to you to invite you to meet with me in Leinster House next week along with your Mum. I have arranged for you to take the guided tour of Leinster House and I would be delighted to meet with you both afterwards and to to hear all about your recent achievements in Irish Dancing," she wrote.

Sophia was diagnosed with Autism at the age of four. She suffered social anxiety and barely spoke, finding it hard to make friends and spending a lot of time alone in her room.

Since her parents gave in to her desire to start Irish dancing, Sophia's life has flourished, to the level of winning a Leinster title last March, and gaining lots of confidence and friends in her club, the Lynam School of Irish Dance.

Boosted by the warm public reaction to our Leinster Express story (read it below), Sophia has been using her voice to encourage children of all abilities to engage in a sport of their choice.

Below: Sophia reading our story about her great achievement. 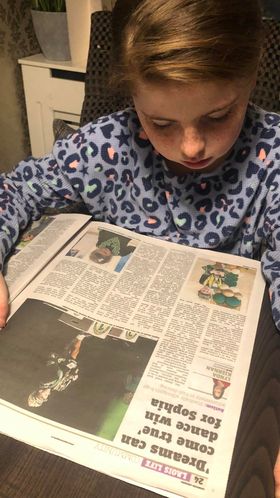 Sophia has spoken openly about the importance of an inclusive environment to ensure children can reach their full potential and calls on club owners to really open their hearts to see that children with differing abilities have huge potential that can be unlocked also.

Sophia is a pupil of the Lynam School of Irish Dance who have nurtured her to become an Open champion, despite her daily struggles with Autism.

Her mother Monica Houlihan is proud of Sophia's mission to help other children achieve their dreams.

"She’s so excited to meet the Minister and has started to compile some recommendations that can help the state to support those with disabilities more," she said.