Get on your bike to get an Electric Picnic ticket 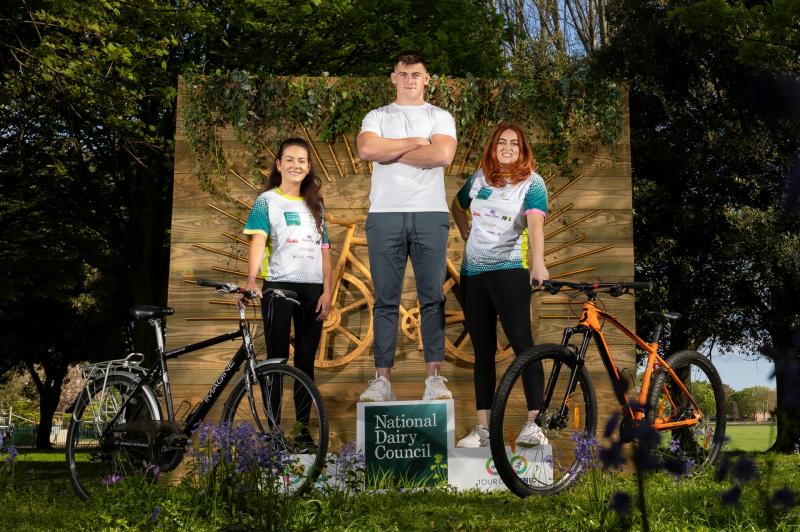 The final chance is now to get tickets for Electric Picnic 2022 in Laois this September.

Signing up for the National Dairy Council Tour De Picnic 2022 17km run or 80km cycle is your last chance to nab a golden ticket to the festival of the summer which sold out in under thirty minutes this year.

“I cannot recommend enough it as a better and healthier way to start a festival weekend – and it’s one less car on the road,’’ he said.

Departing from Tallaght Stadium, the cyclists will head for the Blessington Greenway to meander through some of Ireland’s biggest dairy farms and the picturesque village of Brannockstown.

They’ll then make their way along the Barrow Blueway before reaching Stradbally.

There will be some much-needed sustenance along the way too!

As for those lacing up their running shoes, their journey starts at Course town B&B and Country House, a dairy farm in Athy, Co Kildare.

The 17km run covers farmland and Coillte forests; passing through Oughvale Woods always a stand-out moment for runners as they take in the beautiful Irish countryside. And there will a much-needed celebratory meal later on with cheeseburgers, grilled cheese sandwiches, ice cream and a massage, followed by weekend of incredible entertainment.

International rugby player Dan Sheehan, renowned singer songwriter Róisín O and Irish long distance runner Grace Lynch are urging fans of the festival to run or cycle to raise vital funds for three children’s charities and while doing so bag a ticket for the sold-out event.

Singer Róisín O said, “I can’t say I have ever run to Electric Picnic before, normally I arrive in a tour van! But it’s for such a great cause that it will be as worthwhile as taking to the stage! And even better, one of the charities is very close to my heart.”

“I’m delighted to be involved and I’d urge anyone who can to get involved, whether it’s running or cycling, it’s all a bit of fun and will really help raise vital funds for three great children’s charities.”

This year participants are required to raise €450 (including registration) for the NDC Tour De Picnic charities to take part in this exhilarating fundraising and fitness challenge, with their weekend pass to Ireland’s most popular music festival waiting for them at the finish line.

The stunning 80km cycle through some of Ireland’s best cycle ways will begin with a healthy breakfast party including Irish milk, yogurt, fruits and porridge held at Tallaght Stadium on the morning of September 2nd to keep you energised as you push those peddles towards the Picnic.

There will be additional “Fuel stops” on the way to the Picnic where runners and cyclists can refuel with milkshakes, smoothies and other energy fuelling snacks along with water.

“I am delighted to have the opportunity to support this year’s Tour De Picnic. These fuel stops will be great in helping to maintain the participants’ energy requirements and dairy is brilliant for refuelling and repairing with high quality proteins like whey and casein and rehydrating with electrolytes and potassium.”

IN PICTURES: Presentations for winners of Laois Community and Voluntary Awards 2022

Communications Manager of the NDC is Cathy Curran.

“The National Dairy Council is thrilled to see the return of Tour de Picnic this year and looks forward to reconnecting the story of Irish dairy with the Electric Picnic audience. We love that 75% of Irish people agree that Irish dairy is the best in the world. But that’s not just about how great it tastes. Irish dairy has such a great story to tell - about its nutrition credentials, its sustainability credentials and why it’s such an important part of our heritage, one we should all be extremely proud of.”

So, what are you waiting for… grab your runners and sign up at the link right here.

And if you are looking to get your staff involved in a fun charity activity, TDP also have some great corporate packages available with the bonus of an EP ticket, get in touch with them at  support@give2go.com