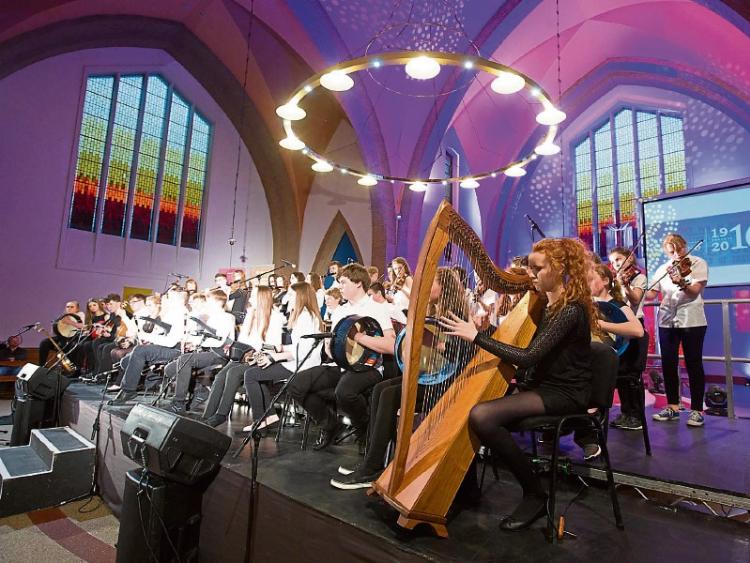 A musical project is set to be launched in Portlaoise to recognise the town's ethnic diversty while also commemorating the fallen of World War I.

The organisers of the proposed International Folk Orchestra hope music will help the process of social integration in which the people of the area have shown such good example in recent years. With more than 40 languages spoken in the local schools, Portlaoise is at the forefront of the changes taking place across the country.

Based on the success of the Laois Folk Orchestra which commemorated 1916, it is hoped to attract musicians with at least one non-Irish parent to join with the traditional musicians from the area. The project will enrich the musical skills and knowledge of all the members by examining the influences of other cultures on the development of irish music.

“Music is a common language and participation in the orchestra will not only advance the musical skills and knowledge of it’s members, it will help create a better understanding of the cultural background of the many non Irish people now residing and working in the area,”he said.

Portlaoise Comhaltas will provide more information and an opportunity to enrol for the orchestra on Culture Night on Friday, September 22 between 6 and 8pm at the Parish Centre, in conjunction with Laois Integration Network.

The organisers say this will be an opportunity to explore cultural connections with displays from a number of ethnic groups, patrons are advised to come early.

It will feature music, song and dance, from Syria, Poland, Lithuania, Latvia, Africa and Ireland.

Apart from brining together people of differant backgrounds, it is also hoped that the orchestra will help mark the centenary of World War I in which many Laois natives fought and died.

“We look forward to continuing to offer a comprehensive music teaching service at St Francis school with the support of Principal Malachai McNulty, staff and management.

“We are most grateful for the use of the old school at Borris Rd which enabled us to expand the range of classes available to our members; Mr Sutton and his colleagues gave us great encouragement” said PJ phealan

To ease the changeover classes will begin in phases. The first phase will be for beginners on Tuesday 19th from 5pm. U12 and O12 groups/bands will restart on 26th at 6.30 and 7.45 respectively. Members have been notified with details.

For those who missed the enrolement and information evening it may still be possible to join by emailing portlaoisecce@gmail.com.