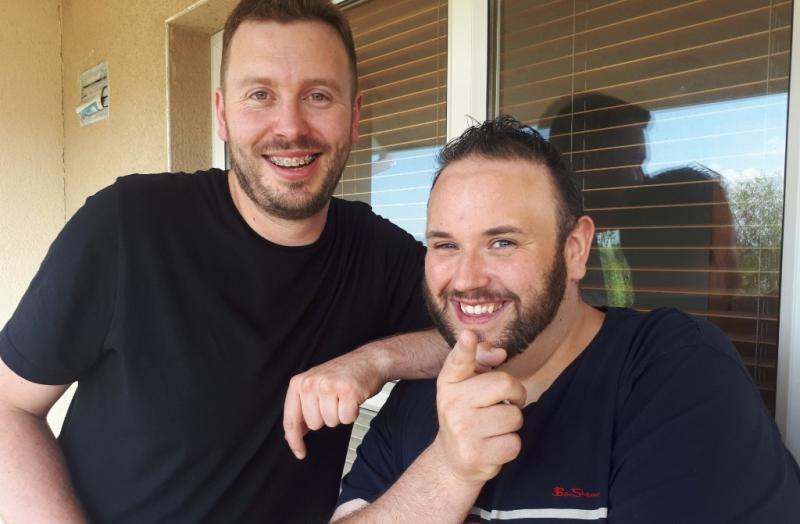 With over twenty years collective experience performing live music, two local musicians are carving a new place for themselves as the most in demand duo around.

Two talented Portlaoise musicians, Alan Smyth and James O’Connor, have joined forces and formed The AJs, a new band that merges their differences in a captivating way.

Having just formed their new duo in April, they already have a busy diary for summer with gigs all over the county including their most exciting upcoming gig at the Old Fort Quarter Festival in Portlaoise. 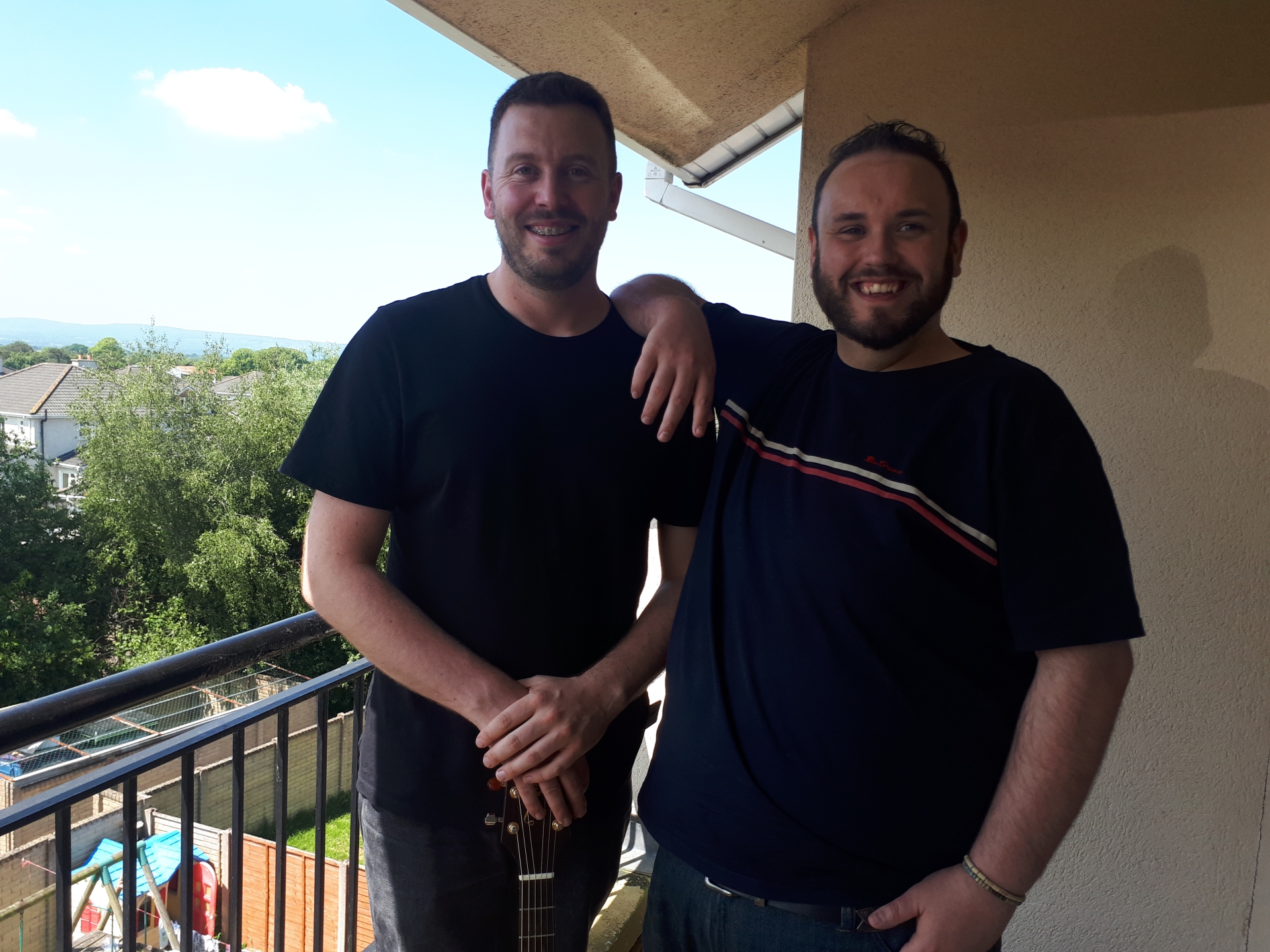 The childhood friends went to school together and grew up side by side in Portlaoise but never considered joining forces until recently. They will take to the Old Fort Quarter Festival stage on Main Street on Sunday, June 24 merging their audiences to entertain many people they have played to separately over the years.

James O’Connor has released his own music in the past to a loyal local following while Alan Smyth has been the lead singer of bands from Soul Set, Al & the Acoustics to Al & the Essentials. Both have been part of the local 65 Kitchen Choir run by Alan’s aunt Caroline Smyth.

Alan was heavily influenced by his musical family including his father, Malcolm, who was in a band called Friends Together for years, often playing in the old Killeshin Hotel at the weekends.

Speaking to the Leinster Express, Alan said he approached James after Al & the Essentials band members went their separate ways for other commitments.

“I approached James, he was always doing his own thing and writing his own songs so I came and asked him would he be interested and we said we will give it a go.

“To do the Old Fort Festival is great, especially as a two piece on a big stage there aren’t a lot of instruments behind you but if Ed Sheeran can do it, we can do it. If he can fill a stadium of 80,000 with one guitar we will manage it too,” Alan said. 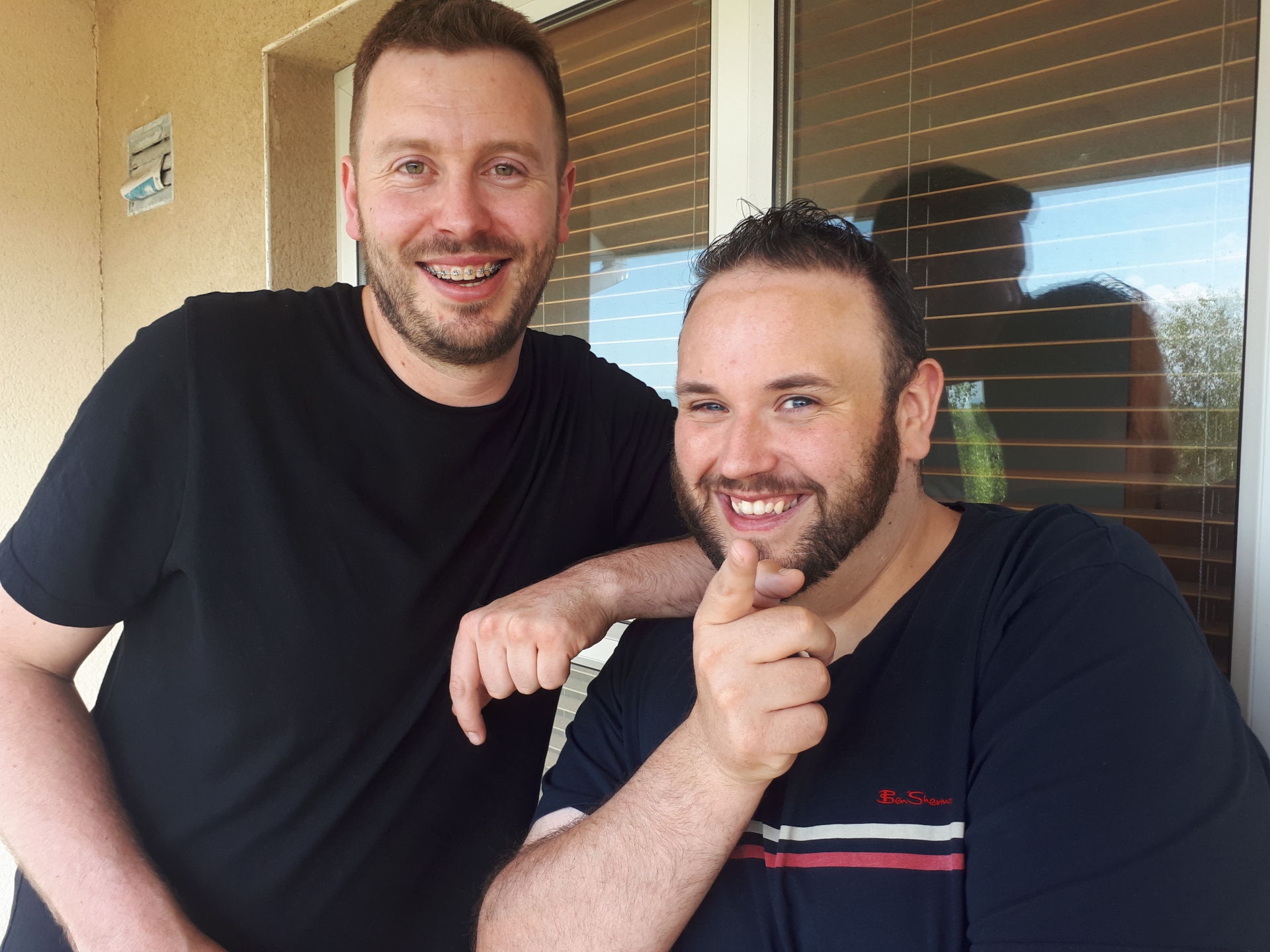 Since forming the duo in April, James has added a stomp pedal and harmonica to the show.

"The Old Fort Festival sound needs to have a big impact compared to a pub gig. It has to be right up there.

“There are no nerves, it is just exciting. We are used to performing now and we get a great buzz from a crowd, the bigger the crowd the more you give to the performance.

“After years as a singer, to have Alan singing now allows me to be more creative on guitar with the music. We are working on harmonies all the time and developing our sound overall,” James said.

Alan and James have recorded and released a number of music videos themselves since they formed in April. Their videos have been a hit online with their first one getting over 20,000 views. Have a listen.

The lads said it was a great boost to receive so much local support when they released the first video so two more have followed suit.

They covered 'Blame it on me' by George Ezra and 'Zombie' by The Cranberries.

James and Alan agree that their sound is different and unique, they have both had to work hard and adapt to each other's styles to make it the best it can be.

"We want to have a different sound. The two of us together as two singers sound different. I have always been singing and playing guitar and Alan is the talker of the group, he is really good at mixing with the audience and getting the crowd going.

"We learned where to step up and step back, we can say anything to each other and we 'get offended. We know each other so long and have similar personalities. We have similar tone but different ranges of power because we are around the same age and from the same area," James said.

"When you are on your own singing it is a hard gig, you have to sing for two and a half hours on your own, sometimes it isn't enjoyable and music should be all about enjoyment. It shouldn’t be work. I think the two of us really gel well together, we don’t mind practicing, we got called for the Old Fort Festival which is great, we are trying to develop ourselves for that and make a new set list for that," Alan added.

James is heavily influenced by singers and songwriters like Bob Dylan, Paul Simon and Leonard Cohen while Alan said Bruce Springsteen is a huge source of inspiration for him.

The AJs have had a number of hugely successful gigs so far including private weddings, pub gigs across the county and they have a full line up of gigs ahead for summer. 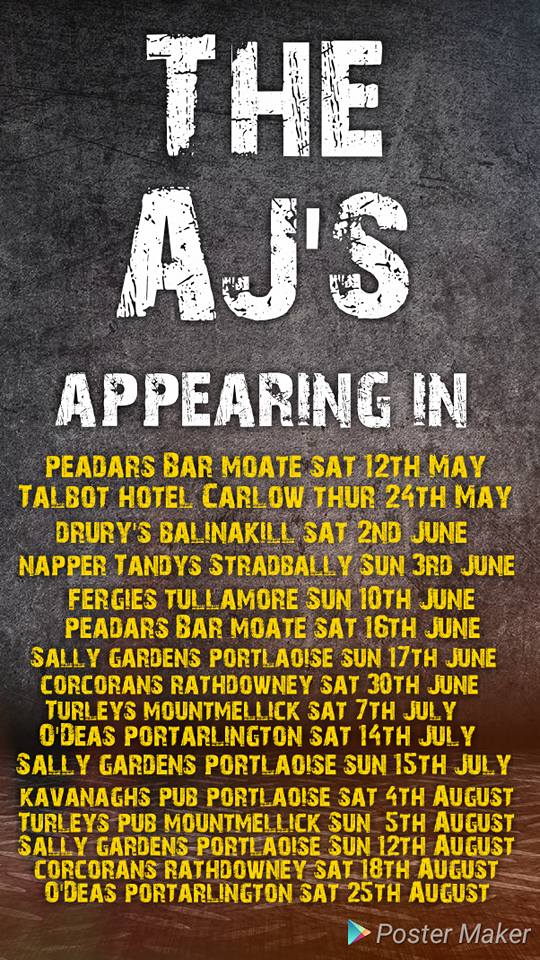 The Old Fort Quarter Festival takes place from June 22 to June 24 in Portlaoise. The AJs will take to the stage from 7.30pm on the Sunday evening, before Smash Hits on the Main Street.