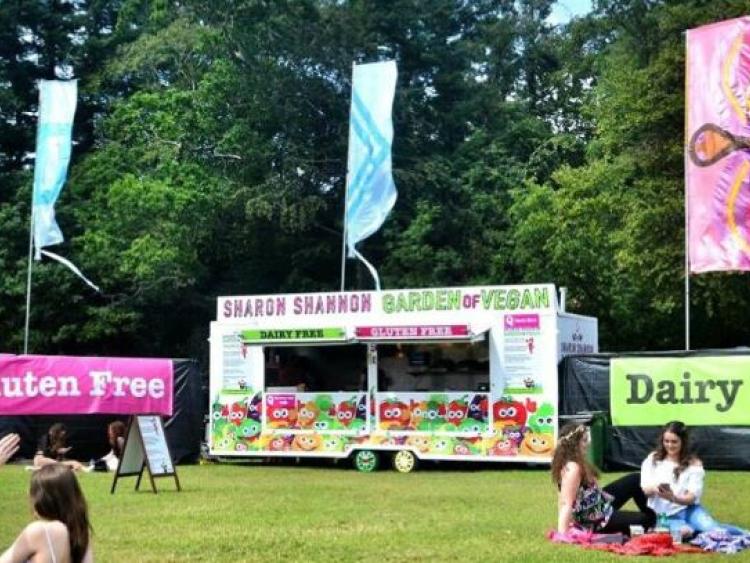 The Old Fort Quarter Festival is fast approaching and festival goers can look forward to some tasty additions to this year's food festival.

Organiser, Barbara Brown, has planned an array of food stalls to line Main Street with a focus on local food producers and some of the big names in the Irish food industry.

"This is the second year of the food festival and 90 percent of last year’s stalls are returning. It is a great platform for businesses and we really try to highlight local food producers.

"Sharon Shannon’s Garden of Vegan is confirmed for this year, they are opening their first restuarant in Dublin this week so that is an exciting addition to the festival," she said.

Well known Irish musician Sharon Shannon has branched out into the vagan life with her business Garden of Vegan. They opened their first restaurant in Ranelagh this week and will be bringing their food truck full of delicious vegan delights to Portlaoise for the Old Fort weekend. Sharon Shannon's Garden of Vegan has gluten free and dairy free food too, the stall has gone down a hit at a number of huge Irish events including concerts in Malahide Castle, Marlay Park and Longitude festival.

Barbara said that quality food is at the heart of the artisan food market for the Old Fort Festival.

"It is all about good quality food and combining the family feeling of the festival with food so people can stay for the whole day and enjoy themselves.

"The food stalls will be from the Courthouse down to O’Loughlins. We don’t have any competing stalls so everyone has a chance to build their brand at the festival, we all know it is tough being self employed so we want to help out as much as we can," she said.

The Old Fort Quarter Festival is sponsored by Rockshore Irish Lager and is supported by the Laois Partnership. Further details about the festival are available on the website: www.oldfortquarter.ie. The Leinster Express is local media sponsor.

Sharon Shannon is an Irish musician best known for her work with the accordion and for her fiddle technique. She also plays the tin whistle and melodeon. Her self-titled debut album, in 1991, Sharon Shannon was the best-selling album of traditional Irish music ever released.

Check out the Old Fort Quarter Festival on Facebook here.