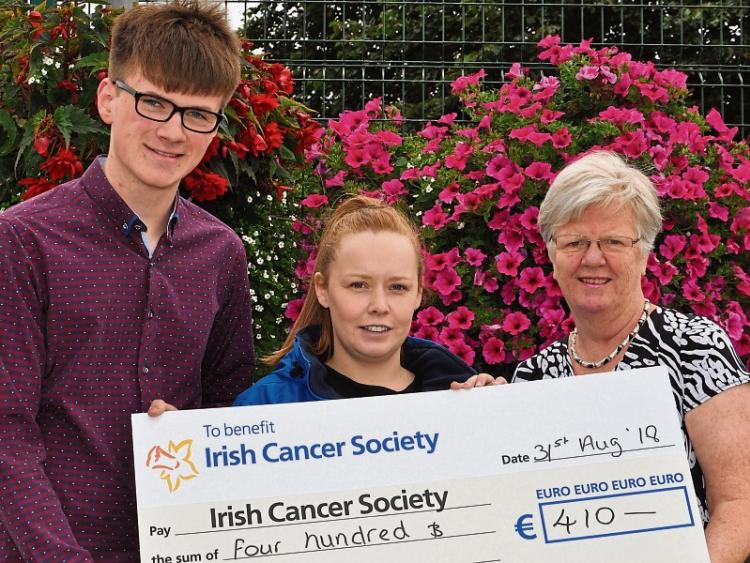 The welfare of others was to the fore when Noel Stapleton and Kurt Dineen were thinking of playing music on the streets of Drogheda at the recent Fleadh.

Instead of busking for pocket money for themselves, they suggested to friends that they collect for cancer research.

The Portlaoise Comhaltas members were quickly joined by colleagues from Laois and friends from Tyrone, Armagh, Galway, Sligo, Offaly and Louth.

Commenting at the celebratory seisiún held at Portlaoise Youth Cafe last Friday, PJ Phelan, Chair CCÉ Laois County Board said it made him proud of the organisation that teenagers would think of this of their own accord, when the temptation was so strong to collect for their own benefit instead.

The seisiún brought to an end the summer series in Laois run by the Portlaoise and Spink branches during June, July and August. CCÉ Laois PRO, Micheal Lalor thanked Youth Work Ireland for use of the facilities. More than 30 musicians, including guests from other branches, enjoyed with tunes with All-Ireland champions and silver medalists in the relaxing atmosphere of the cafe on James Fintan Lalor Ave. Comhaltas members are looking forward to participating in activities at the Youth Cafe in future months.

Enrolement for music classes with Comhaltas at St Francis School Portlaoise takes place this Friday, September 21, from 6-7pm as part of Culture Night when free trial classes are available.

You can contact any committee member or email portlaoisecce@gmail.com.