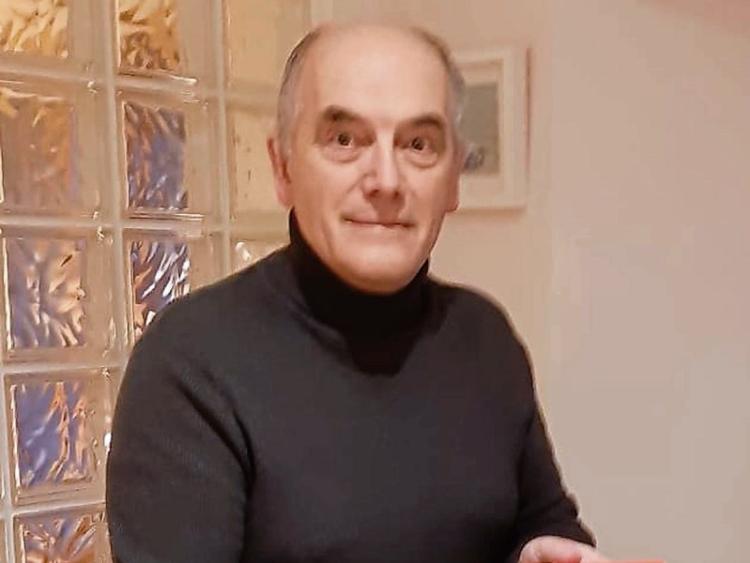 Portlaoise writer T. R. Croke has just released the third helping in his mystery thriller series which is based on the adventures of Detective Superintendent Kate Bowen Titled Strike Back.

Ray Croke who now lives in Ballybrittas writes under the name T.R. Croke and in this latest helping he picks up Detective Superintendent Kate Bowen’s story in Strike Back as the dynamic leader of a fictional surveillance unit who is tasked with taking on cases with an international element namely Ireland’s Secret Service.

The other two books in the series are titled The Devil’s Luck and The Prize Prince. Ray is also the author of a standalone novella titled One Night at the Perseverance Hotel.

It is often said in the literary world to write what you know about.

Ray is a past pupil of Portlaoise CBS School. In 1973 he left Laois to work in an insurance company in Dublin however this career was short-lived as when he became 18 he was eligible to apply to An Garda Síochána and he did so in 1974 and began his career as a member in September of that year.

Ray served in Garda Headquarters in the Phoenix Park. He was also stationed in Cyprus in the civilian police with the United Nations from 2000 until 2001.

In 2005 he went to Paris as a liaison officer and was a Garda with the French police who had already been a post-graduate of DCU in French. Following an exciting 36 year career with An Garda Síochána T.R. Croke retired in 2010 and does indeed write what he knows about and does it well.

Ray takes up the story.

“My latest publication Strike Back is book three in my Detective Kate Bowen mystery thriller series and picks up Kate’s story as the dynamic leader of a fictional surveillance unit tasked with taking on cases with an international element - Ireland’s Secret Service in everything but name. The other books in the series are The Trinity Enigma (a prelude novella, a free download available on digital platforms) The Devil’s Luck is book one and book two is The Prize Prince.

“My life in creative writing began in 2011 at the Big Smoke Writing Factory in Dublin with intensive courses animated by Nicole Rourke and Claire Hennessy. Subsequently, I attended workshops at the Irish Writers Centre in Parnell Square to hone my craft. 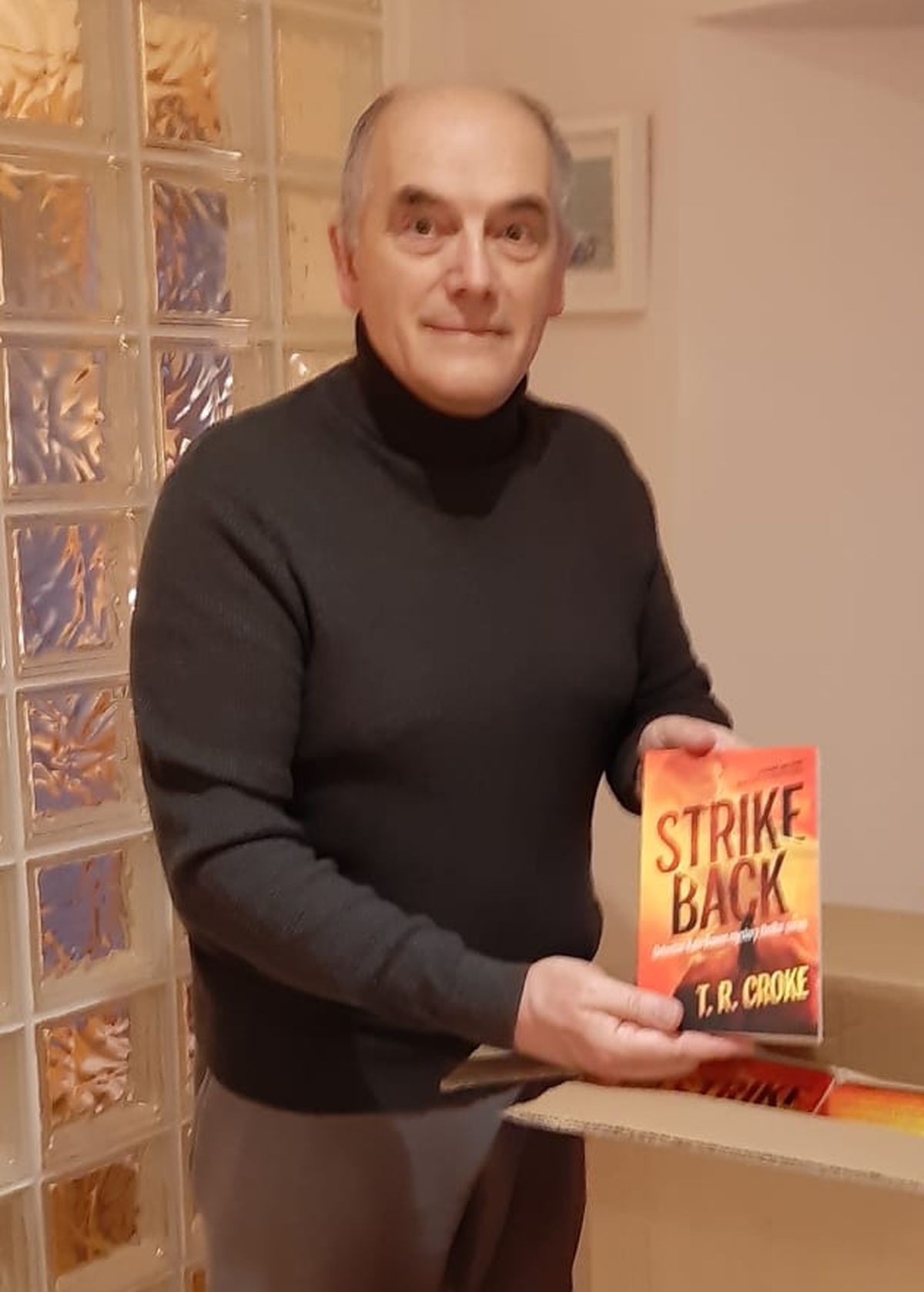 “My most enjoyable creative writing learning by miles was with the CSI (Crime Scripting Initiative) Ballylinan group. This was a workshop for aspiring crime writers run at Ballylinan library in early 2017 by author of The Herbalist and most recently Her Kind Niamh Boyce. In fact, I wrote The Trinity Enigma from an idea germinated at Niamh’s workshop. It has had over 8,000 downloads on Amazon and other digital platforms since publication.

“I’ve chosen the self-publishing route having spent the year 2015-16 with a Dublin literary agent honing the manuscript for The Devil’s Luck and pitching it to publishers. That experience opened my eyes to the challenges new authors faced and I self-published instead. Self-publishing requires an investment of time, money, and tenacity. I commission an editor for all my published work and have been lucky to find a great one in Lizzie Harwood. We were introduced through a mutual friend from Paris. I am continually learning about the business either through publishing conferences or online. Laois Enterprise has been supportive offering training in online marketing and exploring ways of helping me expand my business.” he said.

In Strike Back Detective Superintendent Kate Bowen must work scant clues to foil a looming ISIS attack. No one knows when, where, or how a terrorist cell will strike. All Kate has is an insatiable thirst for justice and a hard-boiled surveillance team.

As her mother is struck down and clings to life by a thread, a faceless spectre from Kate’s past emerges threatening biblical revenge. Her transgression is unspoken, the danger unknown.

With explosions rocking Dublin and her personal life in tatters can Kate strike back at her nemesis and save a metropolis from ruin before a ticking clock hits zero?

Strike back has been endorsed by international best-selling local authors Andrea Carter and Niamh Boyce.

Andrea Carter from Ballyfin author of The Inishowen Mysteries says, “Strike Back is a fast-paced action-packed thriller with a strong and sympathetic female lead in Detective Kate Bowen.”

Niamh Boyce from Athy author of The Herbalist, Inside the Wolf and Her Kind says, “A thrilling and fast paced novel. With Strike Back T.R. Croke has created a visceral page-turner propelling us into a tense and exciting world and a story that moves at breakneck speed. Fasten your safety belts!”

T. R. Croke is now a full-time writer for almost ten years since retiring from An Garda Síochána.

Ray is a relation of the Laois Nationalist’s sports editor Denis J Croke. The author was a close reader in the 2020 selection panel for the First Pages Prize which is an international writing competition for emerging writers. He has volunteered for several years as a judge in the annual Young Adult Fiction Festival run by the American Library in Paris.

Strike Back can be from ordered online booksellers including bookdepository.com and Amazon. Copies are also available in All Books and The Bookmark in Lyster Square Portlaoise and other independent booksellers like Paddy Dowling’s newsagents at the Old Dunne’s Stores on the Mountmellick Road in Portlaoise. 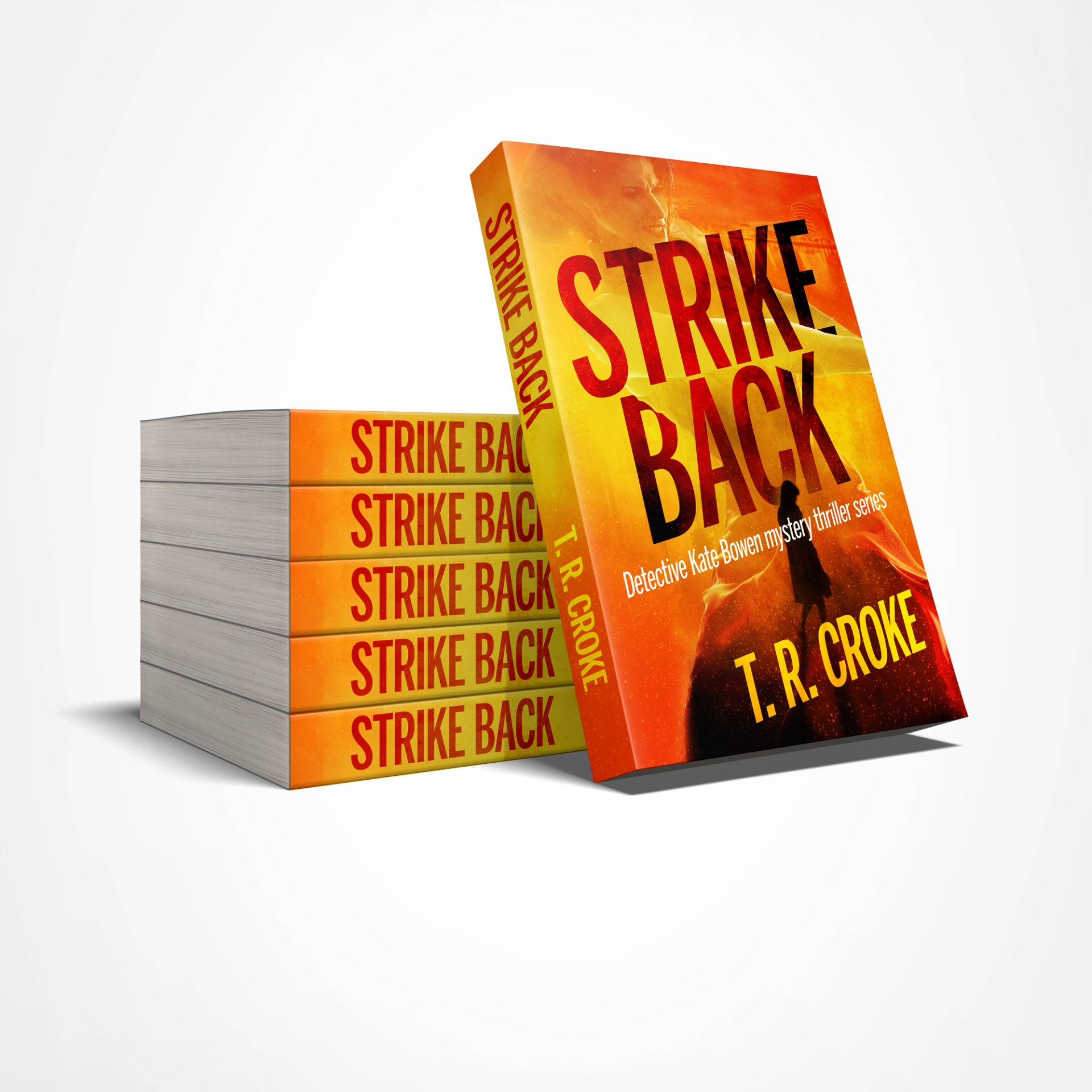