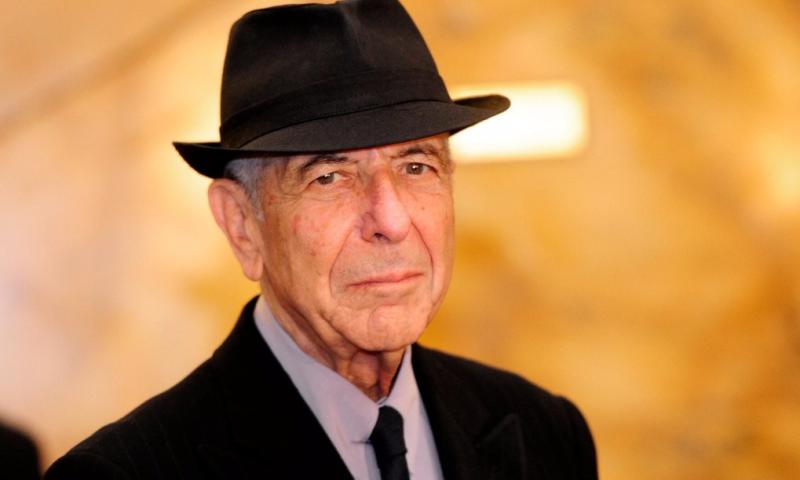 Leonard Cohen is the first subject of a series of upcoming talks to be hosted by Laois Libraries.

Laois Libraries are delighted to welcome the renowned John MacKenna for a series of talks on music throughout May. The series will begin with the music and poetry of Leonard Cohen.

John collaborated with Cohen, a friend of his for over 30 years, on “Between your Love and Mine”, using Leonard’s words and music to create a requiem.

Laois Libraries invite you to join us for what promises to be a fascinating talk. Other artists that will be covered in the series are Mary Chapin Carpenter, Paul Simon and Gretchen Peters.

John, from Castledermot, Co Kildare, is an Irish playwright and novelist. He taught for a number of years before working as a producer at RTÉ Radio in 1980. Between then and 2002, when he left the station to spend more time writing, and acting with Meeting Lane Theatre Company, he worked in a number of areas - including music, education, current affairs, documentaries, features and religion - as a senior producer and commissioning editor.

MacKenna produced several memorable radio series, including work on the Amish people of Pennsylvania; the Shaker Community of Sabbath Day Lake; a ground-breaking series called Someone Has To Do It and the highly regarded Secret Gardens of the Heart, which followed a young woman through the last months of her life. His radio documentary series on Leonard Cohen, How The Heart Approaches What It Yearns, won him a Jacob's Award.[1]

He is the author of several novels. His theatrical work, Who by Fire, for the Water to Wine Theatre Company is based on the experiences of a Holocaust survivor, and uses Leonard Cohen's songs the mood for a chilling exposition of the continuing threat of totalitarianism.