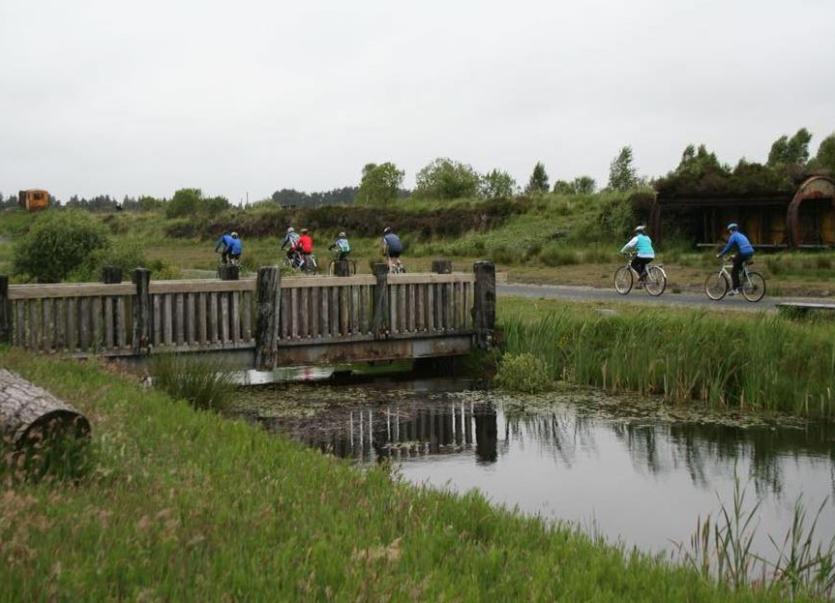 The Lough Boora bike hire controversy continues to grow and was aired on RTE Joe Duffy Show this week.

Supporters of a bike company founded by a Bord na Móna employee, are saying they will boycott the Offaly bog visitor attraction over the decision to give the bike hire contract to a Dublin based company, Phoenix Bikes.

Joe Duffy has tagged it the "battle of Boora".

Bord na Móna have said in a statement that they understand the disappointment of Lough Boora bike hire operator, Pat Barrett.

Mr Barrett, the founder of the bike rental service at Lough Boora Discovery Park, lost out in a tender competition for the renewal of the contract to a company run by Dublin GAA star Conal Keaney.

He made a statement over the issue on May 2.

"With a heavy heart I have decided to air my feelings since I was told through a phone call on Friday morning that I was not allowed to run the bicycle hire service anymore a service that me and my family started up 11 years ago.

"This news came about after a tendering process that we were not successful in i want to thank everyone that has shown me and my family massive support since Friday morning through phone calls messages and on Facebook.

"I thought things could not get much worse until today I found out that the bicycle hire was given to the biggest bicycle hire service in Ireland namely CK cycles in the Phoenix park Dublin so much for trying to keep jobs locally looking at the whole process of tendering I was never going to get it thanks to everyone again for all the support over last 11 years," Mr Barrett said.

A spokesman for Bord na Mona said on Tuesday, May 4: “Bord na Mona is committed to providing visitors to Lough Boora with a fantastic experience and a range of activities during their visit.  Mr Barrett, in addition to operating his bike hire business in Lough Boora, is an employee of Bord na Mona and continues to be so.”

The spokesman added: “As a semi-state organisation, Bord na Mona procure third party services, including those at Lough Boora, in accordance with Government procurement processes.  Recently the company tendered the bicycle hire service at Lough Boora Discovery Park on eTenders as we are required to do.

“The procurement process was a fair and open competition, conducted with independent oversight, and attracted a number of responses.   All tender responses were evaluated across set competition and compliance criteria and the winning provider scored highest across all the evaluation criteria.

“We understand the disappointment of Mr Barrett, but as a semi-state company we must implement the fair and open processes and procedures which are mandated by the State.”