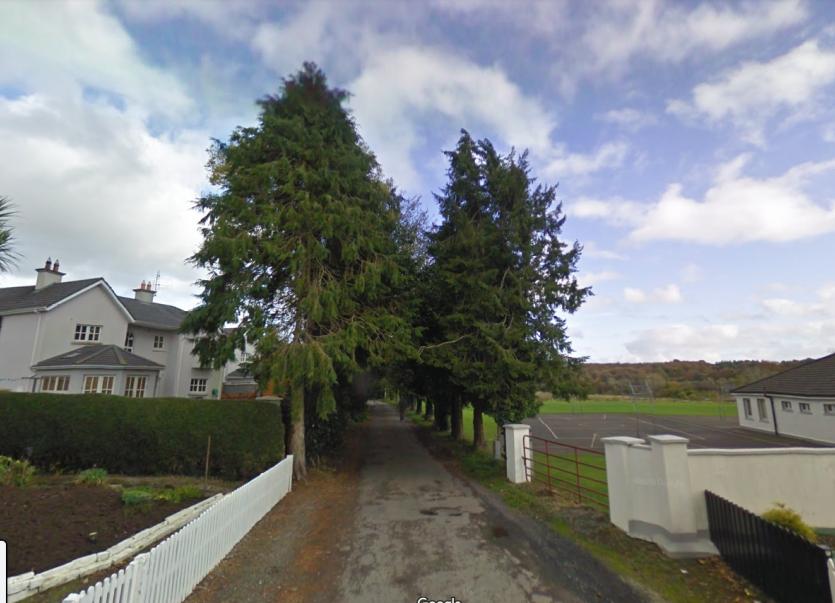 The lane to Gill's Pond and Ballinakill outdoor pool

Mature trees on the laneway to Ballinakill outdoor swimming pool in Laois are to be cut because they are blocking broadband signal to residents.

A request was made by residents of the Heywood Village estate, tabled in a motion to the Portlaoise Municipal District June meeting by Cllr John Joe Fennelly.

He said that an old stone wall may also become a danger.

“The road that brings you to Gill's Pond is at the boundary of the estate and there is a stone wall eight or nine feet tall, it is very dangerous if it starts to disintegrate the way it did a number of years ago.

“When you are doing the footpath to the swimming pool can we remove trees, people can't get broadband in those houses,” Cllr Fennelly asked.

His motion was to the June meeting. The council area engineer Wes Wilkinson agreed to a site meeting with residents.

Cllr Willie Aird said that the council has already agreed to remove the trees which line the lane down to the popular angling pond and the swimming pool.

The pool recently had an official reopening and is to get a new carpark and playground.

“I acknowledge the committee, they deserve the credit, it's looking well, they put a lot of hard work in and I have full confidence in them,” he said.

Cllr Catherine Fitzgerald who turned the sod as Cathaoirleach of Laois County Council, predicts “a great future for Ballinakill”.

“The development committee are not just looking for handouts but are willing to do physical work themselves, bringing the whole community with them,” agreed Cllr Fennelly.