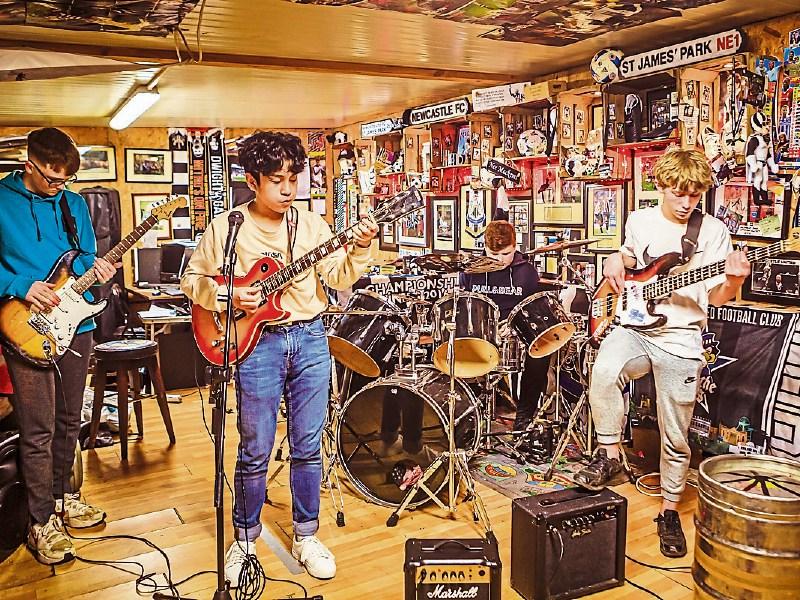 Sean Fleming and Juan Miguel Deborde on lead guitar and vocals, with Kris Gavin on bass and Sudsy (Seán Woods) on drums.

The band is made up of four teenagers - Sean Fleming and Juan Miguel Deborde on lead guitar and vocals, with Kris Gavin on bass and Sudsy (Seán Woods) on drums.

The Portarlington based group formed in December of 2019 and used the recent lockdowns to practise and create.

Supported by their families, the band expressed their excitement at releasing their five-track album.

“Lockdown proved very difficult, but we all practised on our own and we spoke over zoom calls to get the music right,” member Juan Miguel said on joining the band in mid-May.

“Coming in so late to the band was very challenging but I know all the lads from school, and we all worked very hard together to get the album off the ground for the first of July,” he said.

Dopamine have written and produced all their own music with the lyrics were added very recently.

On songwriting, the band try to make it a team effort.

“When we were writing the lyrics to our song Smile, it was Juan’s first time writing lyrics with us. He was a bit stuck, and I gave him a few lines he ended up using. Our other song “Lose it all Tonight” was written completely by Seán Fleming,” said Seán.

The track, “Demon Eyes” only had vocals written the night before the recording session and recorded on the 4th attempt the next day.

“Each of our songs are different from the other, we have classified a few of our songs as Indie Rock or Indie but we’re creating our own unique sound. There aren’t any bands I can think of that sound quite like us,” they said. More below picture 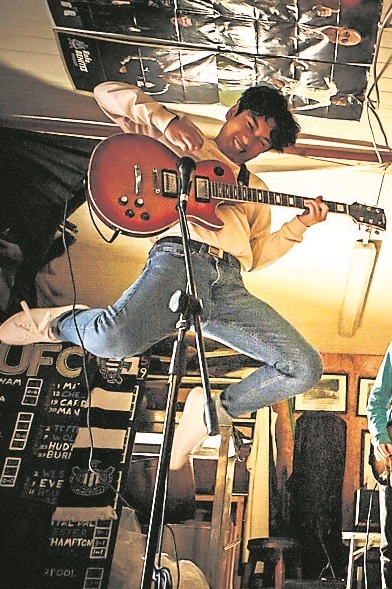 On the inspiration behind their name, Seán explained that it came from a science class.

“We hadn’t officially decided on a name when one day we were in science, and we were learning about chemicals in the brain.

“We learned that Dopamine was an addictive chemical and we wanted to relate that to our music,” he said.

The group were all musical before deciding to start the band, with lockdown providing time and inspiration for them.

“About 9 months before we founded Dopamine, I decided to pick back up the drums again”, said Seán (Sudsy).

“I bought a proper kit with my confirmation money a few years ago and had the perfect opportunity to pick it back up”.

The band began practicing from Seán’s shed, which they call the "Irish Tyne Shrine", once restrictions were lifted.

“We support Newcastle United in the Premier League; the shed is almost like a shrine to the team. I kept my drum kit there and it was brilliant to have that space” he explained.

On where the band will be in five years’ time, “the sky is the limit”, said Seán.

“It’s a really exciting time and we are all a bit nervous of how it (CD) will do because we need to raise funds for our next recording studio time,” said Kris, who added that their school friends would support them.

The album will be available from Trax in Portlaoise and Tullamore and is also available in Portarlington from John in the Chefs Counter.

The album will be available across all social media platforms from July 1st.

Some useful tips to ensure the safety of all