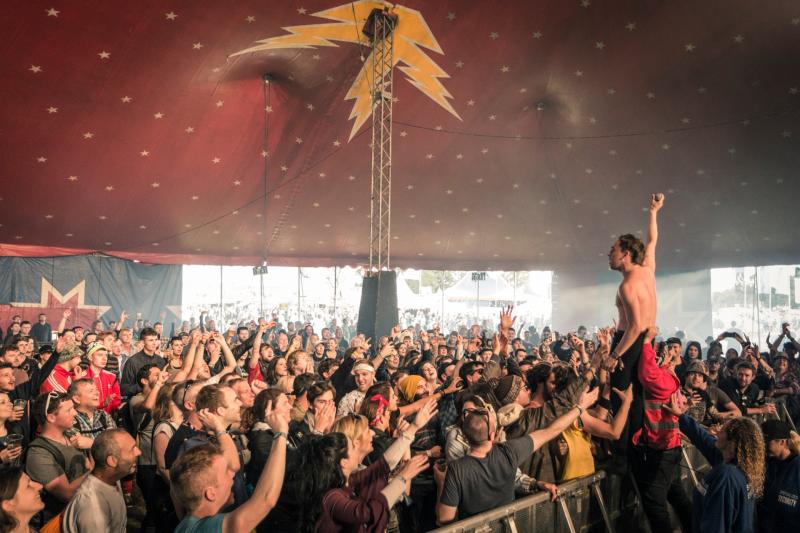 A Laois councillor has demanded to know how Laois County Council can be considering a planning application to approve Electric Picnic this September, if it's own offices are staying closed until then in line with public health guidance.

Fine Gael Cllr Aisling Moran wants to know immediately if the council is going to approve the festival, speaking at the council monthly meeting on Monday June 28.

“Out of decency, give a yes or no now. If you feel it's not safe to open the office, surely 70,000 people descending on stradbally is  a lack of respect. People there are stressed, they have gone through hell with lives lost and people sick,” she said.

She told Cllr Paschal McEvoy that he should be saying the same thing.

"You should be pushing this too," she told the Stradbally councillor, who has made headlines with his comments against holding the festival this year.  Read more on local opposition here.

"I don't know where you've been for the past month, but I have been pushing this. I also know how planning works," Cllr McEvoy retorted.

"They can only accept what comes in front of them. It has to be decided on in four weeks. I don't know how you can marry that to the offices being closed," he added.

The new Cathaoirleach Cllr Conor Bergin reminded her that the council cannot comment on any live planning applications.

"It's the same as me or anyone putting in a planning application. It's not fair," he said.

Cllr Moran commented after a motion by Cllr Wille Aird was tabled, asking about the reopening of the motor tax office in Laois County Council. It is to open on Monday July 5.

"People are giving out to me saying if they can park and go into Shaws across the road why not the tax office. I know it can be done online but there are a cohort who insist on going in," Cllr Aird said.

A decision is due from Laois planners on the licence application for Electric Picnic in the coming weeks.