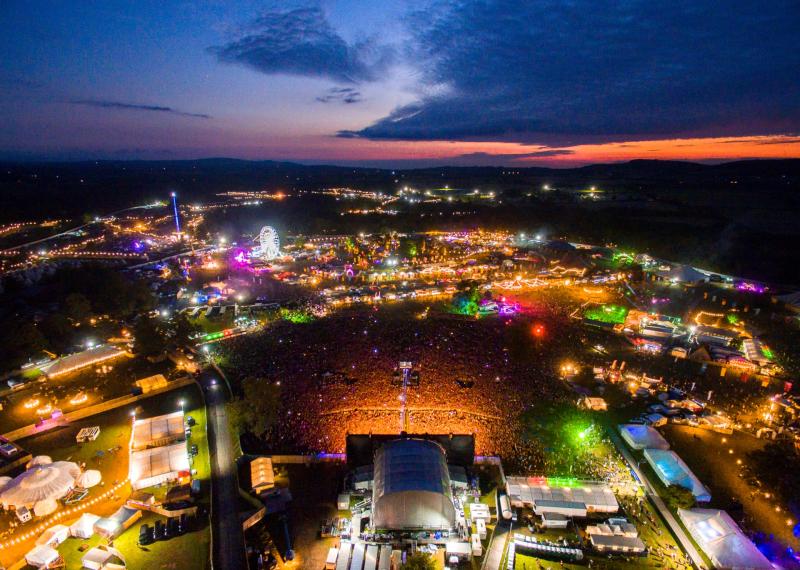 Residents have expressed their anger over the plan by the Electric Picnic organisers to push ahead with festival preparations in host Laois town Stradbally.

Laois County Councillor Paschal McEvoy has previously said he is against it going ahead. News broken by the Leinster Express that the Picnic planners have lodged an application with Laois County Council for a licence has sharpened his view.

"I am amazed that they are going ahead with this application. I will be making my views and those of the residents of Stradbally known to the planning section. I will continue to represent those who have contacted me to express their views and fears in relation to EP," he said.

The Picnic has enjoyed a good relationship with locals but clearly the plan to proceed has not gone down well in the middle of a pandemic. Many support the Fianna Fáil councillor.

His Facebook post has over 65 comments beneath it, with many Stradbally residents objecting to the festival taking place.

One person commented asking for a petition to be started which “they will gladly sign”.

Siobhán Bland pointed out, “what’s one more year to wait? There’s already been too much death in this town in the last year and a half.”

Andrew Gland asked, “how are they gonna screen 80,000 people when even the HSE can’t?”.

Martin Darby Kelly then called for the people of Stradbally to stand together and have the festival cancelled, “because people’s lives matter more”. He commented again saying that “1,000 people in Tramore is nothing compared to 70,000 in a small Laois village like Stradbally”.

Liam Delaney pointed out to Cllr McEvoy to keep an eye out for a court application for a Liquor Licence, saying that “if they don’t get it, there will be no Electric Picnic.”

Libby Mulhall commented that the money spent on Electric Picnic is better spent on the businesses that support Stradbally 365 days of the year, rather than the ones that are around for a few weeks.

Yet one commenter’s response prompted over 23 replies.

James Michael Fleming took the opposite view, hoping that the festival goes ahead.

“The event is scheduled for the end of September, not next week… In case you haven’t heard the vaccines work and we have plenty of time to get them out… double vaccinations are found to be particularly effective against the Indian variant. Hospital admissions and Covid cases continue to decline, if everyone’s vaccinated what’s the issue?”, he commented.

His commented received equal amounts of likes and angry emotes.

Many other Facebook users commented on the post, calling the hosting of the festival “madness”, and to organise an objection on behalf of the people of Stradbally.

The Picnic says they have a draft plan for Covid-19 containment but experts have advised Dr Tony Holohan and NPHET that a cautious approach must be taken to mass gatherings indoors and outdoors.

HAVE YOUR SAY in LEINSTER EXPRESS POLL VOTE HERE