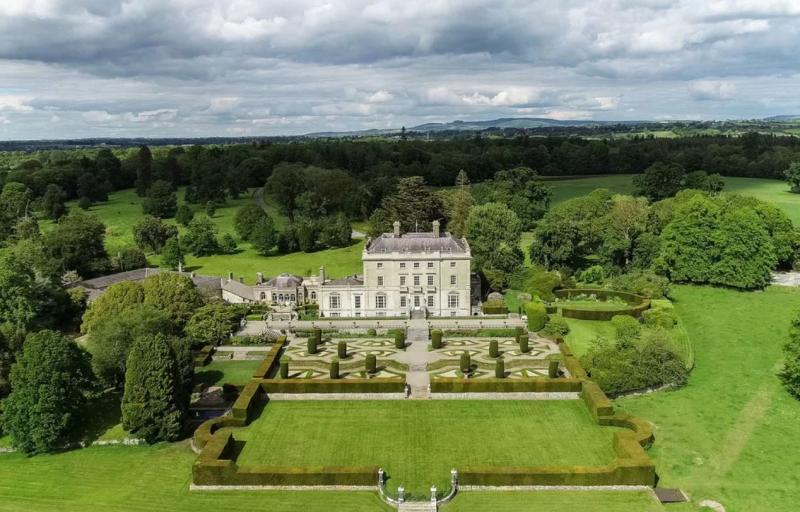 The announcement of a new owner for Abbey Leix house has been welcomed in the Laois town, with hopes that young Irish tech billionaire John Collison will preserve the house and 1,200 acre estate and get involved in the community.

Mary White is a member of Abbeyleix Tidy Towns and Abbeyleix Heritage Company.

“The Collisons have the whole world to choose from and they picked Abbeyleix.  We are absolutely thrilled, particularly that the new owner has so much environmental interest.

“We wish him well. We assume he will preserve the estate in its entirety and the fact that he has the money to do so is brilliant,” she said.

She warmly praised Sir David Davies, who bought the estate 20 years ago from the De Vesci family.

“He dedicated his life to replanting and restoring the estate very sensitively. He was an environmentalist as well and we wish him well. He spent a fortune restoring the whole house from the foundations up, and he knew every tree by name. He was also a very brilliant employer and employed locals to do the work.

“We hope the new owner will be equally committed, he does a lot in San Francisco on carbon credits and we do that in a small way in Abbeyleix ourselves,” Mary White said.

The estate contains one of the largest remaining ancient Irish woodlands.

“The oldest oak in Ireland there is 750 years old and has survived many storms. I hope now it will be there now for another few hundred years,” she said.

“It is great news for the town, to see somebody take such a bold move to purchase the estate for €20 million.

I believe he is big into his woodlands, nature and biodiversity and he is coming into a fantastic community, a heritage town, with our restored bog.

“I look forward to getting him involved in the community. To meeting him as a member of the Tidy Towns and the Heritage Town group. We should all be working together, Abbeyleix has great community spirit.

"Sir David played a huge role, the house is in better shape and he was very good to his staff, with about 20 employed. He did a lot and we wish him well as he moves on,” Cllr Fennelly said.