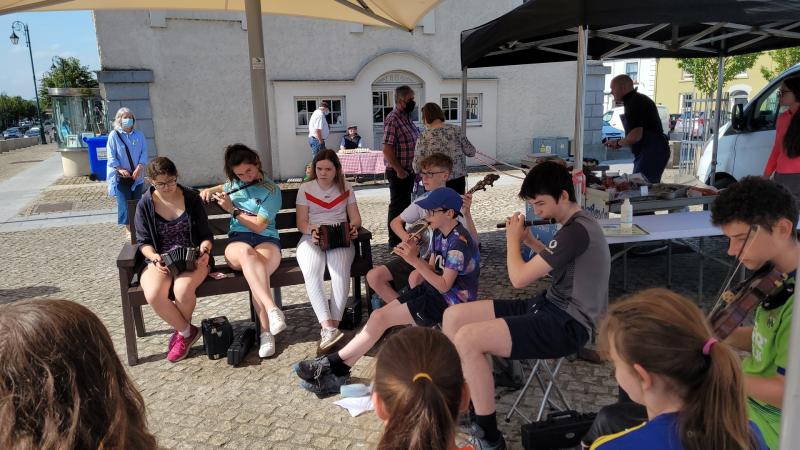 Spink Comhaltas is investing €15,000 as part of a major investment to facilitate a return to in-person traditional Irish music classes in the wake of the Covid-19 lockdowns.

The active branch, which serves Laois and other counties, says it is making the investment in conjunction with the Spink Community Hall Development Association and is part of Spink Comhaltas’ readiness plan to facilitate a full return to in-person music classes from September 24.

The branch says the investment will allow the creation of larger new music classrooms by installing a moveable partition, and will also invest in screen partitions for students and teachers to ensure full adherence to public health guidelines.

Chairman Lawrence Vesey noted that while Spink Comhaltas had successfully delivered music classes online during the pandemic, there was a very strong demand from students and parents for a return to in-person classes as quickly as possible.

"Traditional Irish music is a very social activity and our classes are delivered in small groups.  We have always placed a big emphasis on facilitating our students to build friendships and to enjoy the process of learning music.  This investment is something we were considering before the pandemic, and we are confident that it will be a major asset - both for ourselves but also for the wider community who use the Community Hall in Spink,” he said.  MORE BELOW LINK

Do you want to be a Late Late Toy Show star?

This investment in facilities will complement the previous investments in a music instrument bank, music books and online music resources.

Paying for an investment like this is a major undertaking for a voluntary group such as Spink Comhaltas.  The group are raising a loan to fund the up-front work, and will be running a number of fund-raising activities to pay back the loan as quickly as possible.

MORE ON HOW YOU CAN HELP THEM BELOW PICTURE. 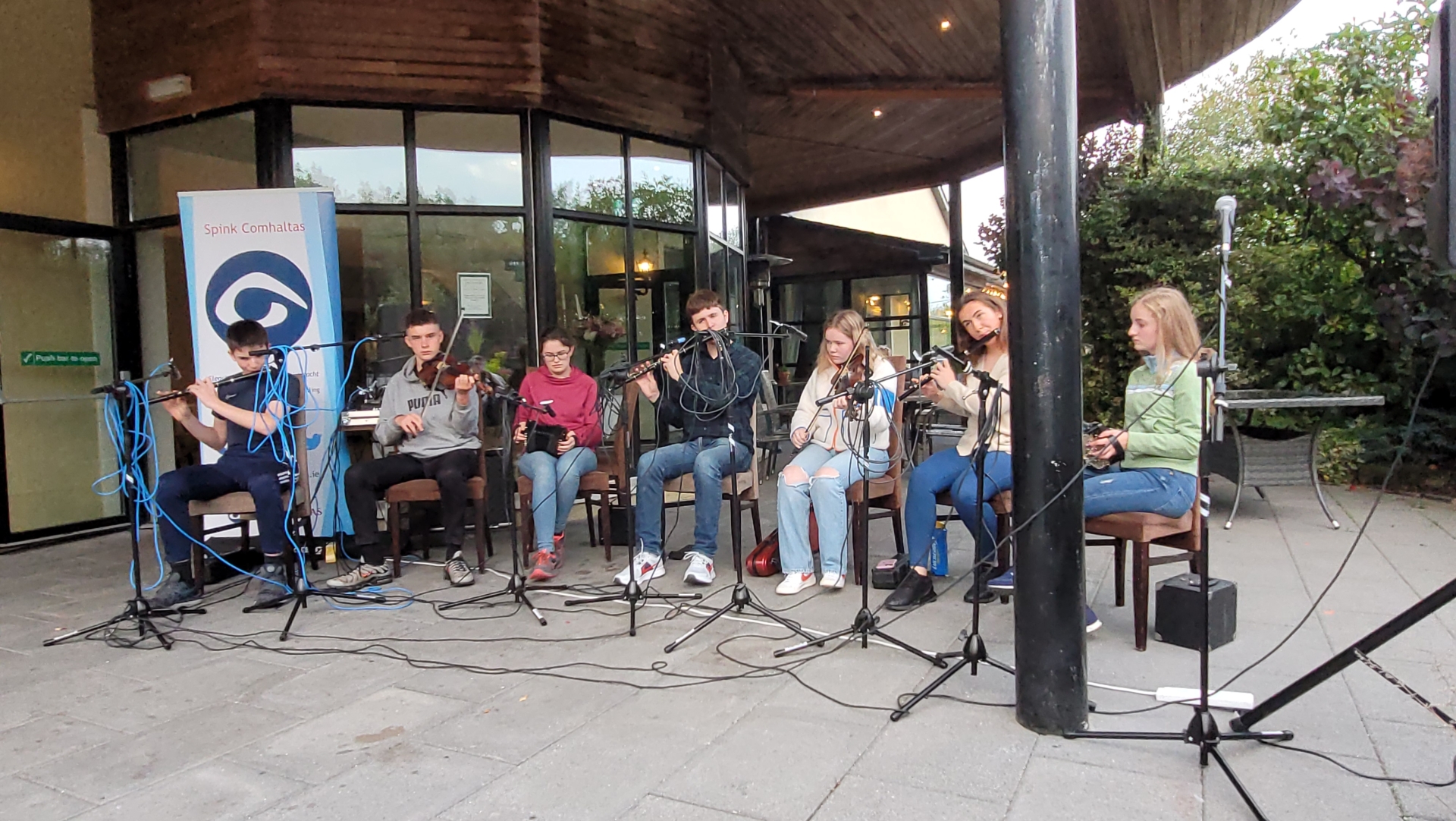 Mr Vesey noted that the group had received approval for part-funding from Laois County Council under the Laois Community Enhancement Programme 2021.  He said this has been very invaluable and is greatly appreciated, but it is contingent on the branch raising the funds up-front to pay for the investment first.

Other fund-raising initiatives will be run by Spink Comhaltas - this will include raffle tickets as part of the Comhaltas National Draw which has a top prize of €5,000 - tickets are €5 each and are available from members of the committee.  Spink Comhaltas is also running a GoFundMe page.

Mr Vesey explained that Spink had been supported by generous private donations of various amounts in the past.  In addition, the branch has an active base of supporters and followers based around the world - the GoFundMe page is a convenient way for supporters to make a donation of any amount to the branch.

The GoFundMe page is called Help us Build Musicians for the Future. They've set a €5,000 target. To support tap HERE

Meanwhile, the musicians of Spink have been warming up for a return to live music. Abbeyleix Farmer’s market was entertained with music on Saturday mornings during July and August, and Spink are running a series of 5 Autumn Seisiúns in the Abbeyleix Manor Hotel on Saturday evenings in September from 6.30 pm beside Polly’s outdoor dining area.

Online registration for both juniors and adults is now open with details on the facebook and website.  Junior classes will resume on Friday, September 24.

Members of Spink Comhaltas get access to excellent teachers and teaching resources, great facilities and one of the most comprehensive music instrument banks in the country.

They prepare students for SCT music examinations, Fleadh Cheoil competitions, other concerts and performances, and encourage our students to learn the values of team-work, commitment, connection to their local community, and self-confidence and social skills.