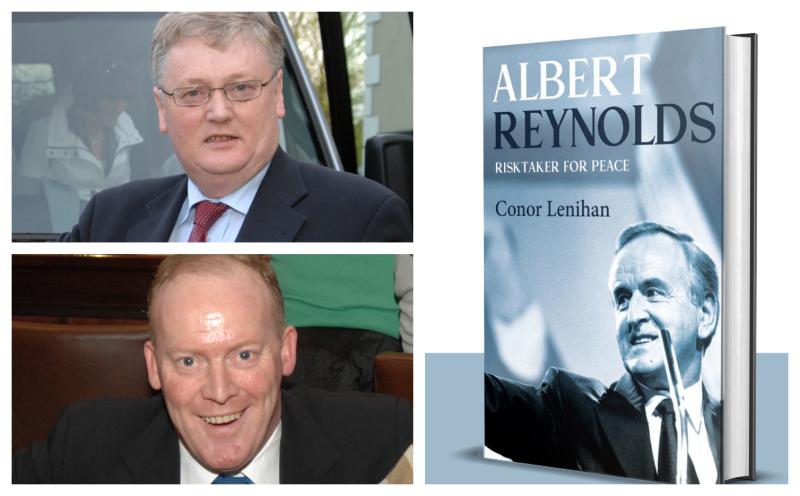 Former Laois Offaly TD John Moloney is hosting the local launch by Mr Lenihan who is steeped in Fianna Fáil.

A former journalist, he served as Minister of State in different Government Departments from 2004 to 20011. He was a TD  for the Dublin South-West constituency from 1997 to 2011. Mr Moloney served alongside Mr Lenihan in the FF Green coalition Government led by former Taoiseach Brian Cowen.

Lenihan is the son of former Tánaiste, TD and Minister Brian Lenihan. His grandfather, Patrick Lenihan, also served in the Oireachtas. His aunt, Mary O'Rourke, is a former TD, Senator and Minister, while his brother, Brian Lenihan Jnr was a TD and most notably Minister for Finance during the Irish economic downturn from 2008 to 2011.

The publishers of his new book say it is the first complete biography of Albert Reynolds. Irish Academic Press say it delivers an insider’s account that reveals the 'courageous personal risks' Reynolds took to create the template for peace in Ireland, and the highs and lows of a 'tempestuous, risk-taking life'.