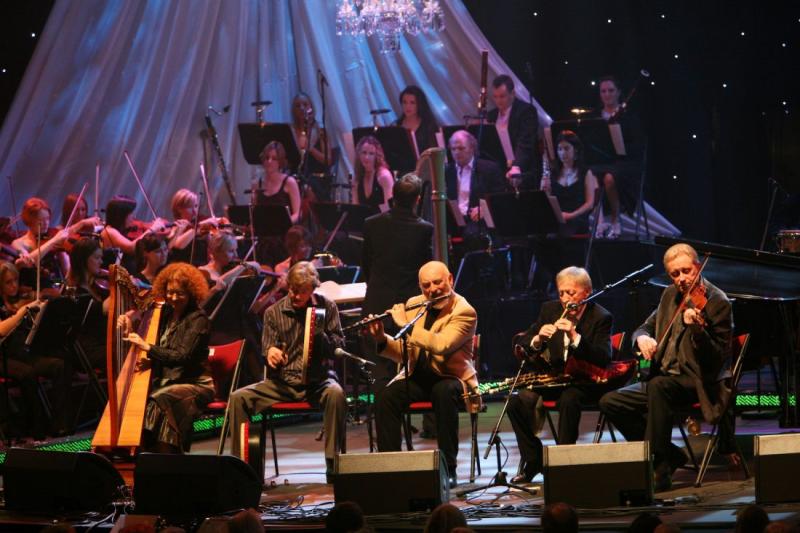 The chairman of Laois Comhaltas has paid tribute to the legendary leader of The Chieftains Paddy Moloney who had deep roots in Laois.

PJ Phelan spoke foundly about the multi-talented traditional musician who credited his Laois family background as part of his inspiration for a career that would bring Irish music to all corners of the globe.

"Paddy Moloney holds a special place in our hearts in Laois as both his parents were natives of the county. Paddy kept up his links and was proud of his ancestry," he said.

Mr Phelan recalls meeting the man who was best known as the uileann pipe and tin whistle player in The Chieftains.

"The first time I met him was in Roundwood where The Chieftains gave a concert after the Georgian Society had taken over the preservation of the house. Paddy fondly recalled the time when the Hamilton family were employers of his ancestors and the changed circumstances from that time.

"My late uncle Joe recalled Paddy as a young boy climbing up on the kitchen dresser to take down the penny whistle to play with him at house dances in Paddy's grandparents house. Music was in Paddy’s blood. His grandfather Mick, in late years unable to blow the flute, taught a grandson to blow it for him so he could still finger the tunes.

"Paddy inherited that determination and love of the music.  It was his inspiration to form The Chieftains and undertake many collaborations with other genres, thereby promoting Irish Culture to a wide international audience," concluded the tribute.

Paddy Moloney lived in Co Wicklow but was born in Donnycarney to John and Catherine both from Laois. He passed away on October 12 suddenly.

He his survived by his beloved wife Rita and family Aonghus, Aedín and Pádraig. He was father-in-law to Áine and Anne and adored grandfather of Ciarán, Aonghus, Fionn and Mieke.

He is sadly missed by his sister Sheila and all his nieces and nephews; his long-time friends in The Chieftains and the wider music community.

Paddy’s Funeral Mass was celebrated on Friday October 15 at St Kevin’s Church, Glendalough followed by burial at the adjoining cemetery.

Donations, if desired, to Wicklow Hospice.