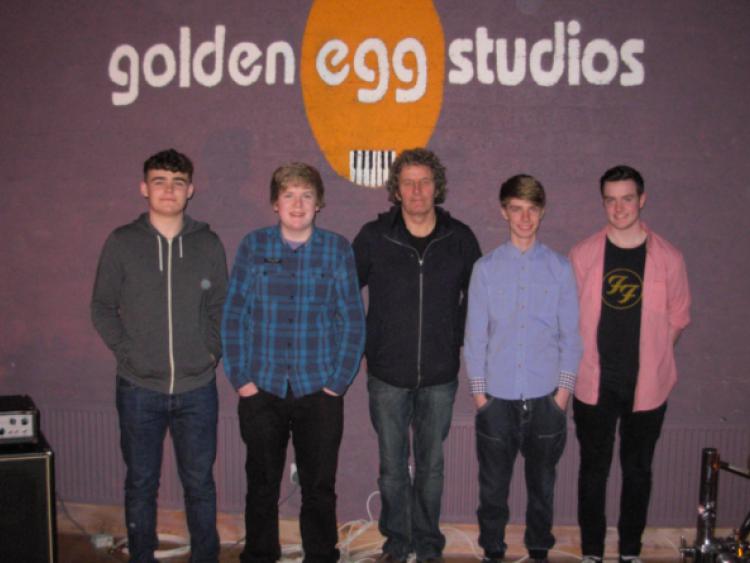 Local lads Cramptown Spaces have been very busy of late, between gigging and recording their latest EP in Golden Egg studios near Portlaoise.

Local lads Cramptown Spaces have been very busy of late, between gigging and recording their latest EP in Golden Egg studios near Portlaoise.

The EP is due to be released over the next couple of months, and people can read Stage Left for updates. In the meantime fans can catch them in Butch’s Bar in Mountmellick on March 8, as part of a Mountmellick GAA fundraiser.

Golden Egg has been a hive of activity since the start of the year with a number of local acts recording there. James O’ Connor completed his album in January, which is due for release in early summer. Chris Conroy and Paddy Lalor also recorded their EPs there, as did Gigabyte, fans can expect big things from these acts over the coming months.

Studio owner Ollie Plunkett also has recorded an EP which features a number of well known local names, and local band Strength in Numbers also recorded an album there as well.

As well as local acts, the studio is attracting national interest with the Kilkennys recording there also. But it is not all music in the studio, with Ruby Walsh visiting recently to do some recorded interviews, and a local meditation album recorded as well, for St Fintan’s Hospital in Portlaoise. Ollie is delighted with the artists so far. “We have spent a lot of time with all of the artists in pre production so they know exactly what they are doing when they come in to record. The artists have put in the time and they have come out with brilliant results”. The year so far is shaping up to be a very exciting one for Laois music with up and coming bands hungry to release music and perform gigs. .