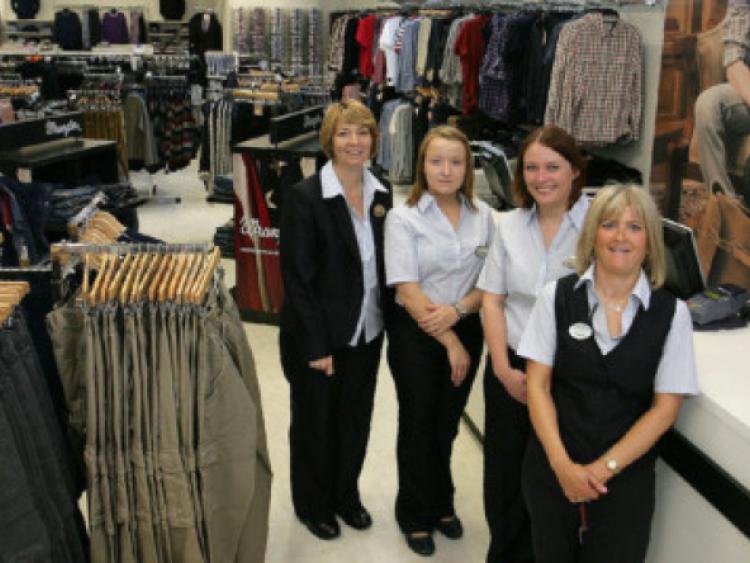 Shaws, the department store which began in Mountmellick and expanded across the country, will celebrate 150 years in business next month.

Shaws, the department store which began in Mountmellick and expanded across the country, will celebrate 150 years in business next month.

The retailer can boast half a million customer visits to their stores every month and employs almost 1,000 people across their 17 stores.The company remains family-owned and the current Managing Director, Jonathan Shaw, is among the fourth generation of the Shaw family to work in the business.

It all started for Shaws in 1864 when Henry Shaw established a small drapery store in Mountmellick. As business grew to include stores in Portlaoise and Athy, Shaws was registered as a private limited company in 1934. The Managing Director at that time was Sam Shaw, Jonathan Shaw’s grandfather.

Over the years Shaws added stores in Waterford, Carlow, Roscrea, Fermoy and Limerick. In 1976, Shaws acquired Haddens Limited as a going concern, with its stores in Wexford, Dungarvan and Carlow being rebranded under the Shaws name. Further stores opened in Dun Laoghaire and Tralee.

The period 2003 to 2008 saw the most rapid expansion of Shaws’ operations at any time in its history with the investment of over €50 million into the business producing new stores in Wexford, Carlow, Castlebar, Drogheda and Ballina. There was also extensive refurbishment of other stores and the move to a new head office.

2013 also saw a link to the earliest days of the business come to an end with the sale of the old Portlaoise premises after 109 years of continuous trading following the move to a superb new 20,000 sq. ft. store elsewhere in the town.

According to Jonathan Shaw: “The success of Shaws today is based on many factors. There’s the strong tradition we inherit of focussing on customer service and of retailing quality products and brands while offering great value. This has created a loyal customer base, many of whom have grown up with Shaws at the heart of their shopping experience”.

Mr Shaw praised the contribution of their employees. “Our staff at the ‘coal face’ are knowledgeable and are, I believe, genuinely interested in our customers. Our management and buyers are constantly taking initiatives, be they large or small, to move the business forward”.