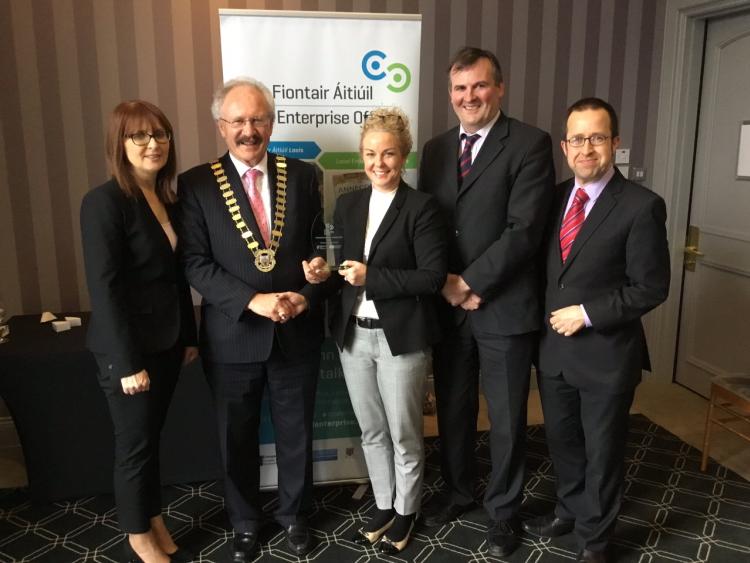 Cyc-Lok is an innovative company based in Graiguecullen. It produces a bike parking solution that offers users a safe and secure place to park their bicycles. This award winning system is the only one in the world to offer a multi user, pay by use system. Their business customers are larger institutions such as train stations, universities and city councils which would have a large bicycle traffic throughput.

Cyc-Lok was established in 2014 by Stephen and Louise Murphy who recognised a need for secure bicycle parking facilities in response to the dramatic surge in cycling for recreation and especially for transport in urban commuter zones. The impressive international growth of Cyc-Lok since its foundation has been underpinned by changes in public policy and legislation, increasing capital expenditure on cycling infrastructure and bike to work tax rebate schemes, the growth in daily cycling journeys and proliferation of high-value bicycles and equipment.

Cyc-lok is an access controlled modular bike locker system containing 12 separate lockers as part of one unit for cyclists who need secure parking at their destination. It is completely enclosed, protecting your bike from 3rd party viewing, providing safety, security and is weatherproof which in turn allows the user to walk away knowing their possessions are safe and secure until they return.

Cyc-Lok were presented with their award by Cllr. Padraig Fleming, Cathaoirleach of Laois County Council, at an awards ceremony which concluded an active Local Enterprise Week. Cyc-Lok will now represent Laois at the National Enterprise Award Finals to be held shortly in Dublin. The other category winners announced were Ballykilcavan Brewery who won the Most Innovative Business, and Alan Meredith Studio which was crowned as Laois Start Up Business of the Year.

"The standard of entry into the local rounds of the National Enterprise Awards was very high this year and our judging panel had a very difficult task in deciding on the eventual winners. This is a real sign of the strength and continuing growth of the small business sector in Laois. Cyc-Lok are now going to represent Laois in the National Enterprise Finals and we believe they will be very strong contenders at this national level," stated Ms Reddin.