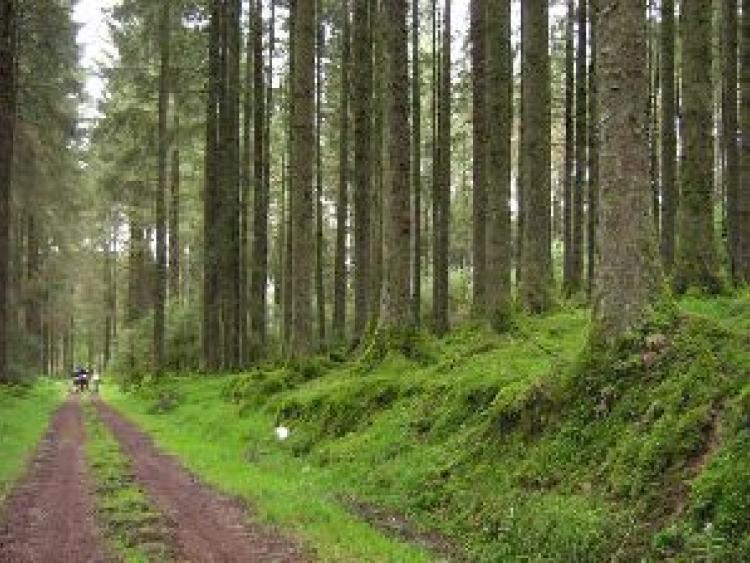 Coillte has no plans to extend its forests in Laois, nor to decrease the percentage of Sitka spruce it has in the county including the Slieve Bloom mountains.

The state forestry body Coillte which owns 2.5 percent of Laois lands, is not intending to increase its plantations in Laois, it confirmed to the Leinster Express.

“Nearly all of Coillte’s tree planting occurs on Coillte lands.  New planting of forests is generally carried out by the private sector,” it said.

Nor is it planning to reduce the percentage of coniferous trees in Laois.

A recent RTE Prime Time programme was critical of Coillte’s concentration on the Sitka Spruce pine tree as a commercial crop, rather than on native trees which are more environmentally beneficial.

Coillte states that three quarters of its forests in Laois are coniferous trees, but declined to give the percentage of Sitka trees.

“The Department of Agriculture conduct a National inventory of all forests in Ireland and their latest estimates show that Coillte’s forests in County Laois cover just over 18,000 hectares in extent.  Of this land approximately 75% is coniferous trees and 25% are broadleaf trees. Note this is in line with national averages,” a spokesperson said.

The National Forest Inventory states that nationally, 52.5 percent of Irish forests are of Sitka spruce.

Coillte said that it regularly plants broadleaf trees in its Laois forests.

Ireland has the second lowest forest cover in Europe at 10.5 percent, compared to the EU average of 33.5 percent. Three quarters of those trees are under 30 years old, as many of them are planted and harvested young as a commercial crop.

Andrew St-Ledger is a spokesperson for Environmental Pillar.

“While forest cover is at its highest level in over 350 years at 10.5 per cent, in reality, Ireland's overall forest cover has barely moved in recent years. Despite huge taxpayer-funded incentives for both private planting and planting by Coillte, afforestation rates have fallen from over 20,000 hectares (ha) in the late 1990s to around 6,000ha in recent years.

This is despite the finding of COFORD - the State's forestry research body - that we need to plant a minimum of 15,000ha per year up to 2030 to sustain our forest estate's climate change benefits, among other uses in energy and construction.  There is clearly a critical need to increase tree cover in Ireland; however, in doing so, it is essential that we shift away from non-native Sitka spruce commercial plantations and back to native broadleaf species,” he said.

The State has set-out a budget of 482 million euros under the latest Forestry Programme 2014-2020 in an aim to boost the forest cover area.