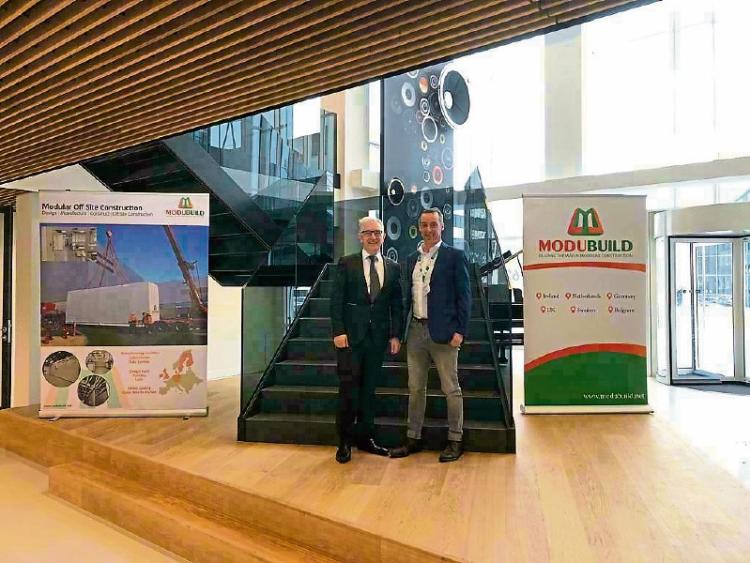 Modubuild have opened a new regional office in Amsterdam to support their ongoing expansion in the Benelux Region.

The company has been active in The Netherlands since 2015 having completed multiple projects for global technology companies in the country. The company plans to double its turnover in the Netherlands by 2020 and will also use the Amsterdam office to expand across the Benelux Region.

It was not until Ambassador Kelly met Modubuild’s Managing Director Kevin Brennan that the two men realised that they are both Laois natives with Ambassador Kelly hailing from Borris-in-Ossory and Mr Brennan coming from Clough.

Ambassador Kelly later tweeted, “And an unexpected pleasant surprise to find out that the MD of @Modubuild is none other than fellow Laois man from Ballacolla, Kevin Brennan. It’s a small world! Welcome to NL @Modubuild. Thanks @Entirl for the introduction.” 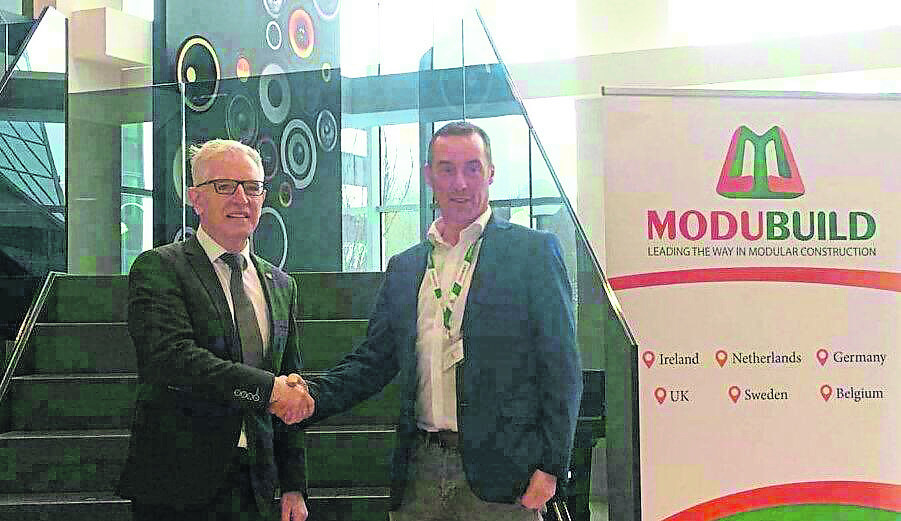 Modubuild is undergoing a phase of rapid expansion across Europe having successfully completed multiple projects in countries such as Ireland, Netherlands, UK, Germany, Denmark, Sweden and Finland and they have plans enter further markets over the coming year.

The company is producing hi tech Modular Buildings for Global Biopharmaceutical and Technology companies in the Castlecomer facility. The company has a large design, project management and engineering team working from their Kilkenny Headquarters.

They operate in sectors such as Data Centres, Biotech, Pharmaceutical, Food/Beverage and Infrastructure.

The company is always on the lookout for talented people to join their team with positions available in their Kilkenny HQ, Castlecomer Production Facility and Irish and European Construction Projects. For further info email careers@modubuild.net