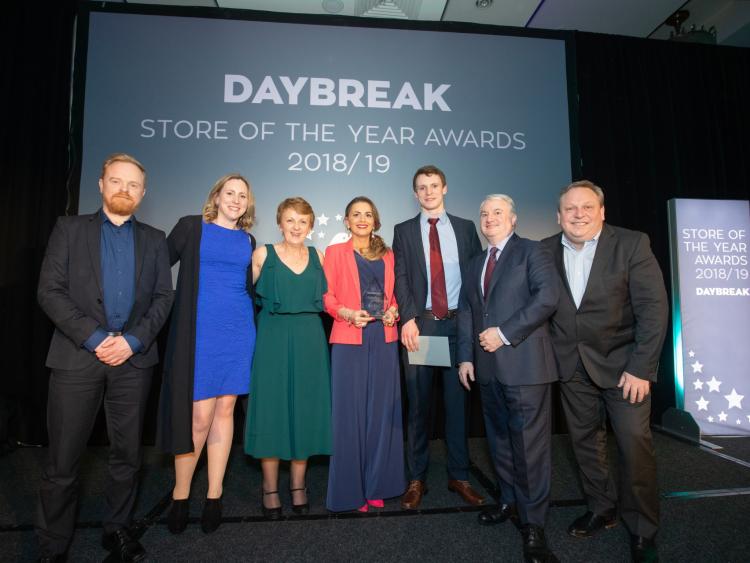 Daybreak ‘The Gandon Inn’ was named ‘Best High Convenience Store of the Year’ at the annual Daybreak Store of the Year Awards, which took place recently. Hosted in the Knightsbrook Hotel in Meath, the awards recognise retail excellence across Daybreak stores nationwide.

Fifteen retailers were shortlisted for the overall Daybreak Store of the Year Award, which focuses on four key areas – products and services, store environment, communications, and people. During the competition stores were assessed against rigorous criteria, including a series of mystery shopper surveys and audits on store standards.

"The Store of the year awards celebrate excellence in convenience retailing and highlight the great consumer experience provided across the Daybreak network. It was a tough competition this year with many worthy contenders and this win is a testament to the team’s huge effort and commitment to providing a great service to their local community."