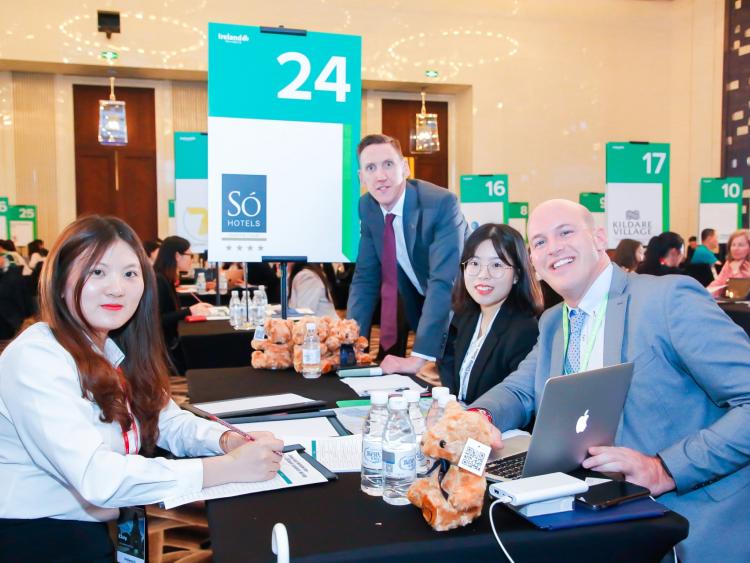 Representatives of the hotel group which includes the Killeshin Hotel in Portlaoise have taken part of Tourism Ireland’s biggest ever sales mission to China.

A record 26 tourism businesses, including Só Hotels of which the Killeshin is part, as well as five tourism industry leaders, took part in what was described as a 'targeted mission' to Guangzhou, Chengdu, Shanghai and Beijing.

Tourism Ireland said a key message for is ease of access from China to Ireland, with three direct flights to Dublin – from Beijing and Shenzhen with Hainan Airlines and from Hong Kong with Cathay Pacific. The organisation said it also highlighted the British-Irish Visa Scheme, which enables Chinese travellers to visit both Ireland and the UK on a single visa of either country.

Niall Gibbons, CEO of Tourism Ireland, said: “China is the largest outbound travel market in the world and one that Tourism Ireland is committed to growing over the coming years. In 2018, we welcomed an estimated 100,000 Chinese visitors to the island of Ireland; the introduction of direct flights to Dublin has been a major game-changer and offers a real opportunity. Our aim is to grow Chinese visitor numbers to 200,000 by 2025 and, in particular, to grow the number of high end individual Chinese travellers to the island of Ireland,” he said.

The Killeshin Hotel is part of the group owned by Supermac's supremo Pat McDonagh.

Tourism Ireland is the organisation responsible for promoting the island of Ireland overseas as a leading holiday destination.