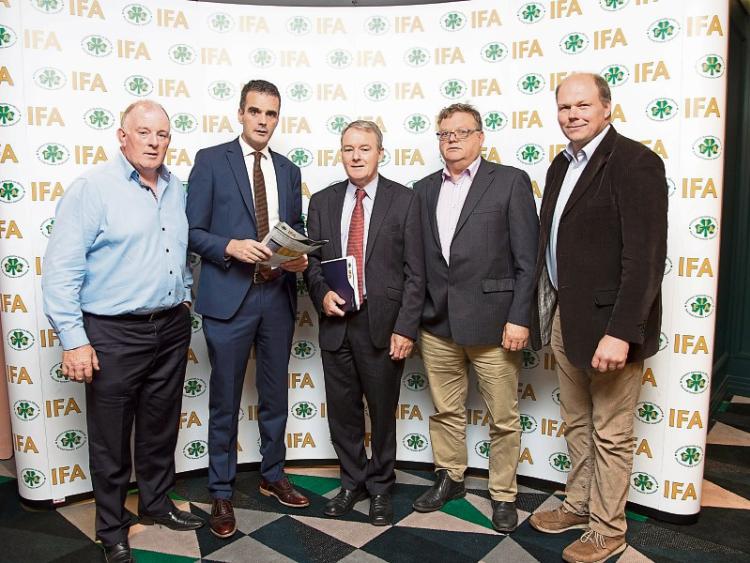 IFA met with TDs and Senators last week as part of our campaign to secure Government commitments in the October Budget that will support farmers, given the immediate threats and long-term challenges facing the sector.

These include; exposure to Brexit, Mercosur, the beef crisis, the battle to maintain CAP funding for Ireland and ambitious targets outlined in the Government’s Climate Action Plan.

“This represents 10% of our overall exports and 12% of industry turnover.

“Our message is that the sustainable growth of this sector needs policies that encourage investment at farm level, recognise the role of agriculture in achieving balanced regional development and deliver viable farm incomes,” he said.

Joe Healy continued, “Brexit uncertainty has taken its toll on farmers, with losses of €100m since May for beef farmers.

“Implementation of our Budget proposals can give them a signal that their role is recognised and that the Government is prepared to protect this valuable sector.

“The IFA pre-Budget submission contains a range of proposals for national Government in terms of Brexit support, which is compounding the current beef crisis felt across Europe. Farmers cannot continue to bear the burden of what is a geo-political issue”.

IFA Farm Business Chairman Martin Stapleton said, “There is a significant need for taxation supports, in particular through investment in emissions efficient equipment and the removal of discrimination in our tax system for the self-employed”.

“Earlier this year the Government published the Climate Action plan.

“Contained within it were ambitious targets for the agricultural sector.

“Farmers are already engaged in significant climate mitigation actions, and we stand ready to do more.

“However, we need the support and leadership of Government if it is serious about delivering this plan,” he said.

“It is vital that there is maximum utilisation of the Rural Development Plan and that all farm schemes such as ANCs, GLAS, TAMS and the continuation of the BEEP and BDGP be supported and provided for in Budget 2020.”